On Sunday part of a glacier broke away in the Indian state of Uttarakhand in the Himalayas. The glacier fell into a river, causing water and debris to cascade through a valley in the state. The floods were so severe a dam burst in the region, and the search continues to find more than 200 people who are missing.

Most of the people who are missing are thought to have been working on two Government projects within the mountains.

Following the glacier’s collapse, the Rishiganga Hydroelectric Project dam was destroyed at around 11am local time (5.30am GMT) on Sunday.

A mass of water catapulted along the Dhauliganga river, and subsequently damaged another power project in the Tapovan area.

The water and debris has swept away construction sites, while also destroying property and bridges. 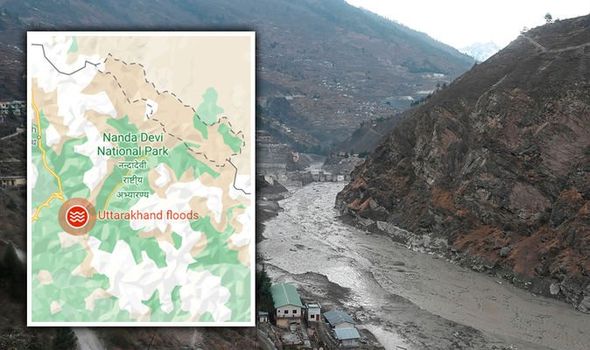 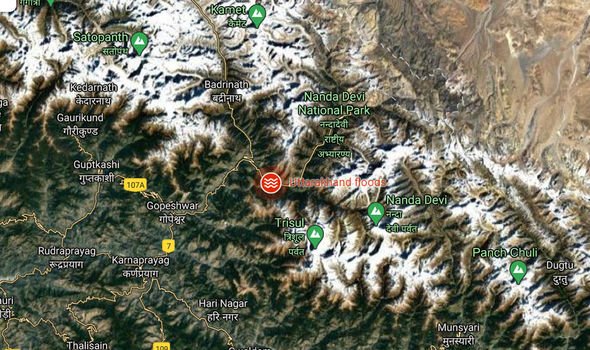 Sangram Singh Rawat, a former village council member of nearby village Raini, told local media: “Everything was swept away, people, cattle and trees.”

Hundreds of troops and military helicopters have arrived in the region to help rescue survivors.

Emergency services have managed to save 16 workers who were trapped inside a tunnel.

Rescue workers on Monday were also working to drill through a 1.5 mile-long tunnel at the Tapovan site, where an estimated 30 workers are trapped. 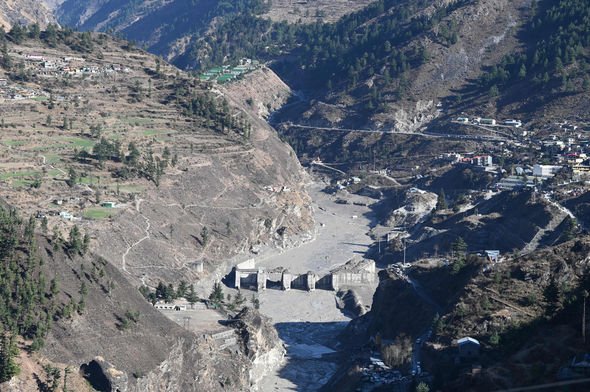 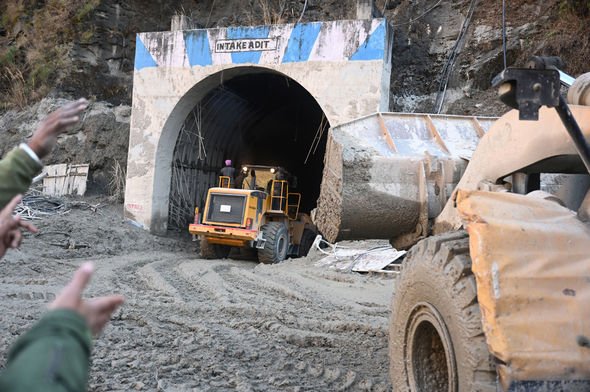 Ashok Kumar, the state police chief, said: “We are trying to break open the tunnel, it’s a long one, about 2.5 km.”

State chief minister Trivendra Singh Rawat said on Monday: “As of now, around 203 people are missing.”

On Sunday India’s Prime Minister, Narendra Modi, said India was praying for the safety of those in Uttarakhand. 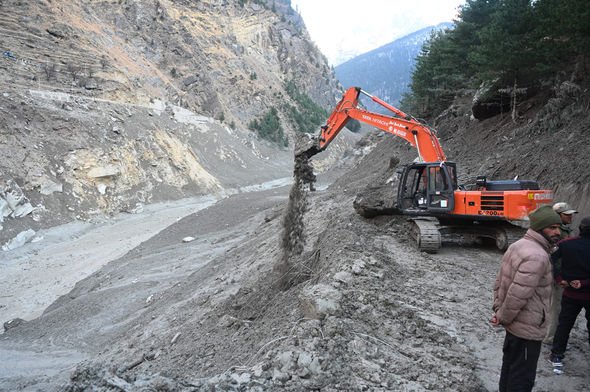 He tweeted: “Have been continuously speaking to authorities and getting updates on… deployment, rescue work and relief operations.”

It is still unclear what caused the ice to break off the glacier, and investigations into the cause are ongoing.

But many environmental groups are now asking for a review of the various power projects being carried out in the mountains in light of the disaster.

The Nanda Devi glacier lies near a mountain of the same name in the Indian state.

At 25,643 feet, the mountain is India’s second-highest mountain.

The mountain is also India’s highest mountain which is located solely within the country.

The mountain has religious significance, and the surrounding Nanda Devi National Park is classed as a UNESCO World Heritage Site.