Suez Canal: Ever Given remains stuck after efforts to move it

Images of the gigantic Ever Given ship shows it wedged diagonally across the Suez Canal, with the blockage even being visible from space. Shipping traffic software shows a group of tugboats positioned around the vast vessel, hoping to be able to push and pull the ship from its grounded position. Plans to use the high tides to reflect the ship failed on Saturday but officials hope it will be able to shift the Ever Given before the weekend is out.

How long is the Suez Canal?

The Suez Canal is a shipping link between the Mediterranean and Red Sea.

Its construction cut journey times from the Arabian Sea to London by eight to ten days, eliminating approximately 5,500 miles from the route. 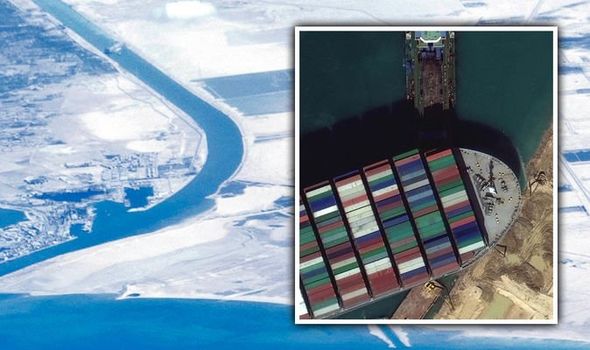 How wide is the Suez Canal in miles?

At its narrowest point, the canal is 300-metres across.

This meant it was difficult for large ships to pass so passing bays were constructed every five to six miles.

After ships began to run aground, improvements works were started in 1876 which increased the minimum width of 55 metres at depth.

Further enlargement was planned in the 1960s but the proposals were halted due to the 1967 Arab-Israeli war, which saw the stretch become inoperative until 1975. 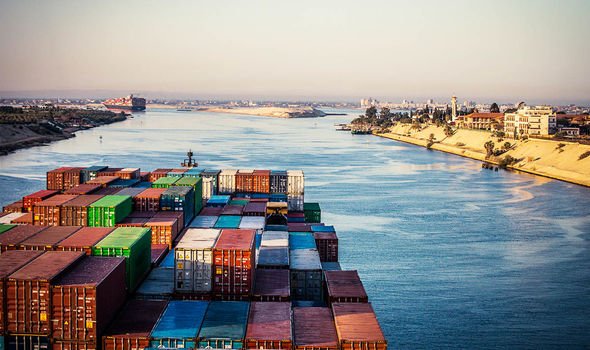 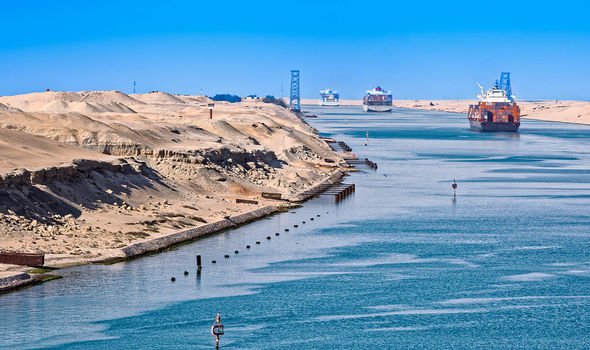 When it reopened in the June of that year, the improvements were finally able to be carried out.

In 2014, part of the canal was widened on the order of the President of Egypt.

Months after taking office Abdel Fattah el-Sisi ordered the expansion of the Ballal Bypass, bringing it from 61 metres wide to 312 metres wide.

The project, called the New Suez Canal, cost more than $9 billion and was opened in 2015. 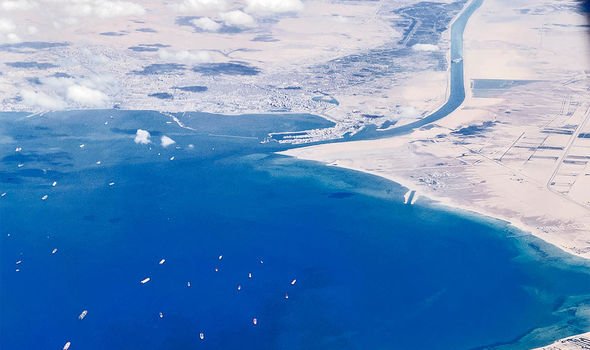 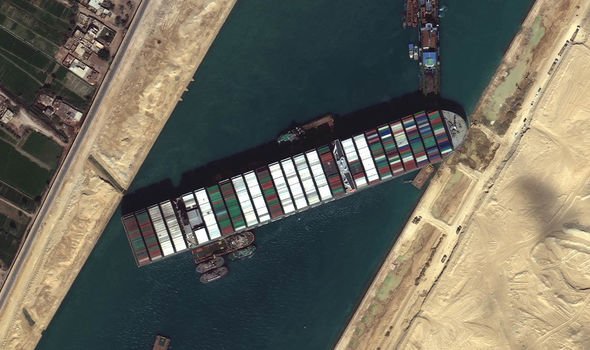 How many ships pass through the Suez Canal each year?

When it first opened, the Suez Canal saw fewer than two transits a day, with 486 reported in the whole of 1870.

By the 1980s, the average daily visits had fallen to about 50 but the tonnage has increased to 355.6 million metric tons.

How big is the Ever Given ship?

The Ever Given container ship is 400-metres long – almost as long as the height of the Empire State Building in New York.

This makes it as long as four soccer pitches or 100m taller than the Eiffel Tower.

Launched in 2018, the three-year-old ship is 59 metres wide and can carry approximately 20,000 twenty-foot containers.

Operated by Taiwanese shipping company Evergreen Marine, it is one of the largest container ships in the world, along with a number of its sister “ever” ships such as the Ever Glory, Ever Greet, Ever Genius, and Ever Gentle.