ATHENS (Reuters) – Greece is ready to inject 10 billion euros to support its economy through tough times in the coming months due to the coronavirus outbreak, Prime Minister Kyriakos Mitsotakis said on Thursday. 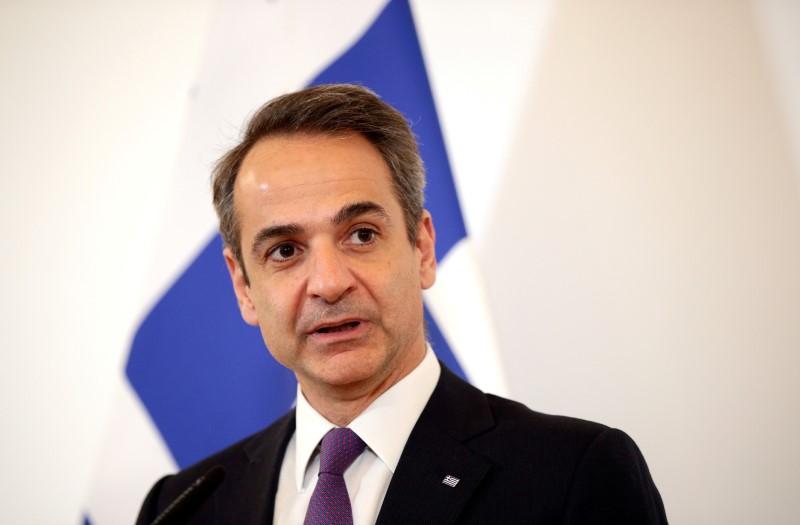 Mitsotakis said this year’s state budget would be revised. Apart from a package of measures worth 3.8 billion euros already announced the government would spend another 3 billion euros ($3.20 billion) from the budget and an equal amount from EU structural funds to shield businesses and economic activity.

He also said the country has “more weapons” to protect the economy following its inclusion in an emergency asset purchase programme launched by the European Central Bank.

“The coming months will be very tough also for the economy. However, we now have more weapons to support the labour and production force,” the conservative premier said in a televised statement, calling on Greeks to stay at home and protect themselves from the virus.

Finance Minister Christos Staikouras said on Wednesday that the economy would grow “just a little over 0%”, compared to a 2.8 percent forecast in this year’s budget.

Hours later, the European Central Bank triggered new bond purchases worth 750 billion euros, which will also include debt from Greece. The country was shut out of previous ECB buys because of its low credit rating during a decade-long debt crisis.

Greece emerged from its third international bailout in 2018 and its economic recovery relies heavily on tourism, which accounts for about a fifth of its output and one in five jobs.

But coronavirus has cast a shadow over the sector, which is facing losses of millions of euros due to cancellations since February.

On Thursday, the government ordered hotels across Greece to close until April 30, stepping up measures to prevent the spread of COVID-19. It has already restricted public gatherings to 10 people, shut retail businesses, banned arrivals by non-EU residents and travel to and from Italy, Spain, Albania and North Macedonia.

A 25-year-old woman, who had tested positive for coronavirus, gave birth to a healthy baby boy on Wednesday evening, a health ministry official said.