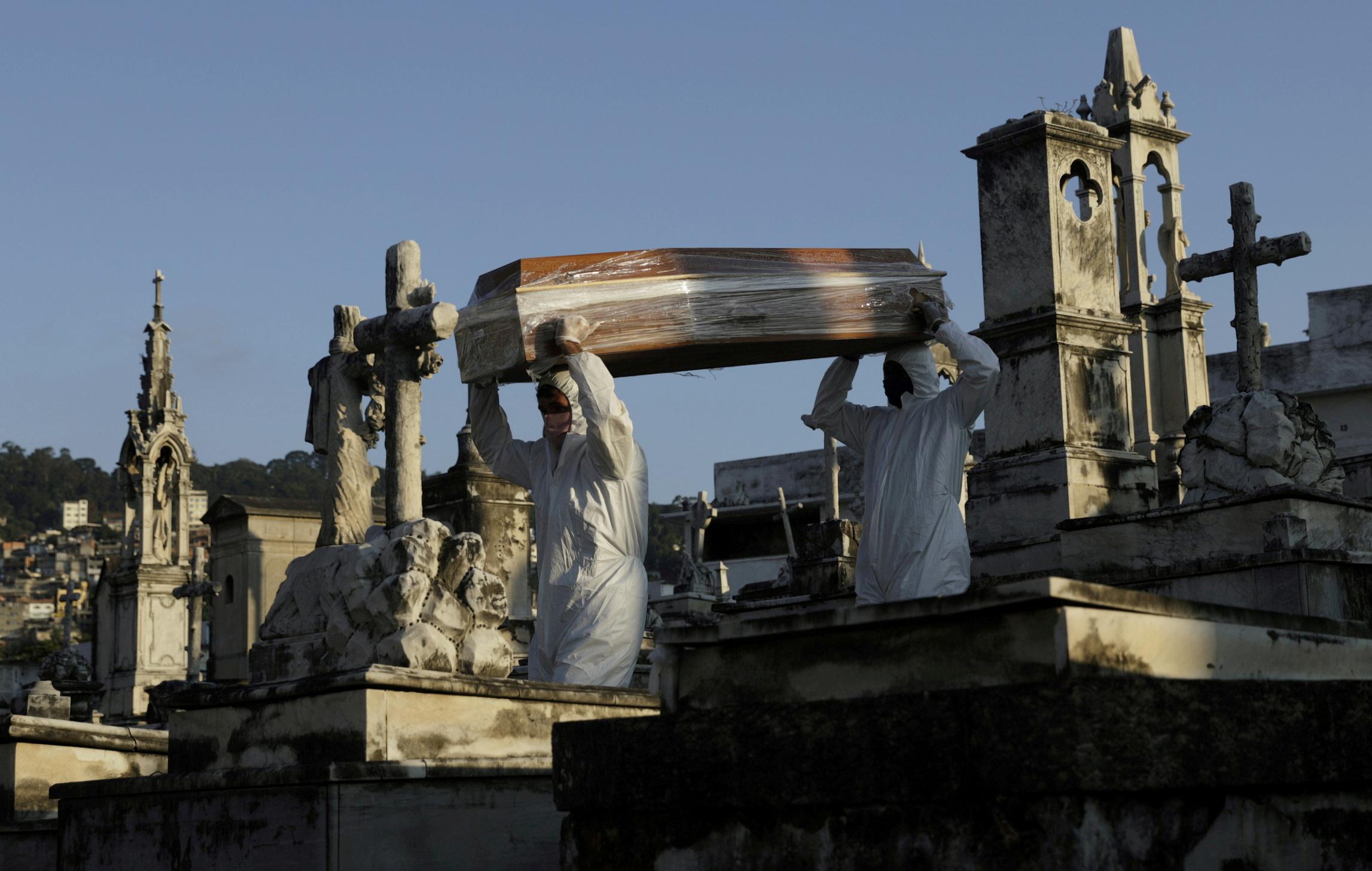 (Reuters) – Global coronavirus cases surpassed 6 million on Saturday, according to a Reuters tally, as Latin America reported a grim milestone of 50,000 deaths from the disease.

Countries such as Brazil, Chile and Mexico are struggling to stem the spread of the virus, which initially peaked in China in February before large-scale outbreaks followed in Europe and the United States.

The COVID-19 respiratory illness has claimed more than 367,000 lives worldwide, though the true number is thought to be higher as testing is still limited and many countries do not include fatalities outside of hospitals.

The first 41 cases of coronavirus were confirmed in Wuhan, China, on Jan. 10 and it took the world until April 1 to reach its first million cases. Since then, about 1 million new cases are reported every two weeks, according to a Reuters tally.

The pandemic has claimed more than 367,000 lives worldwide, though the true number is believed to be higher because testing is still limited and many countries do not include fatalities outside of hospitals.

Despite the continued increase in cases, many countries are opening schools and workplaces following weeks of unprecedented lockdowns that have stemmed the spread of the disease – but also hammered economies and thrown millions out of work.

Graphic – Tracking the novel coronavirus in the U.S.: here

Graphic – Where coronavirus cases are rising in the United States: here