People in cities across the world have marched in solidarity with protesters in the United States over the death of George Floyd.

Mr Floyd, 46, died after a police officer was filmed kneeling on his neck for almost nine minutes during his arrest in Minneapolis for allegedly using a fake $20 note in a shop, despite him warning that he could not breathe.

His death triggered Black Lives Matter marches and protests, as anger spilled out on to the streets.

In London, a mass demonstration drew thousands to the capital at the weekend, with a huge gathering in Trafalgar Square. 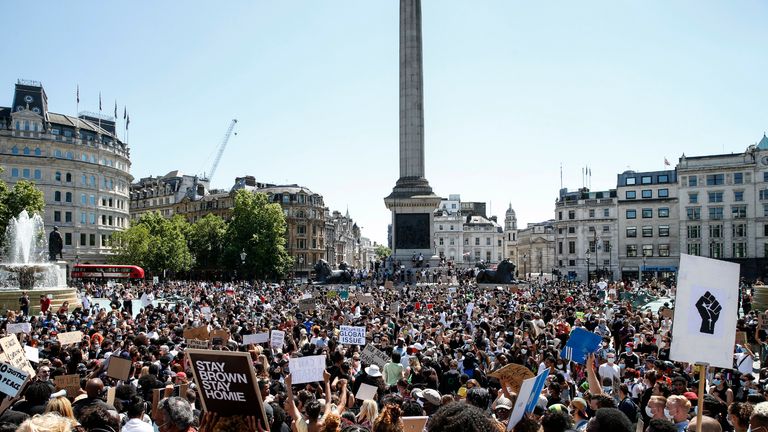 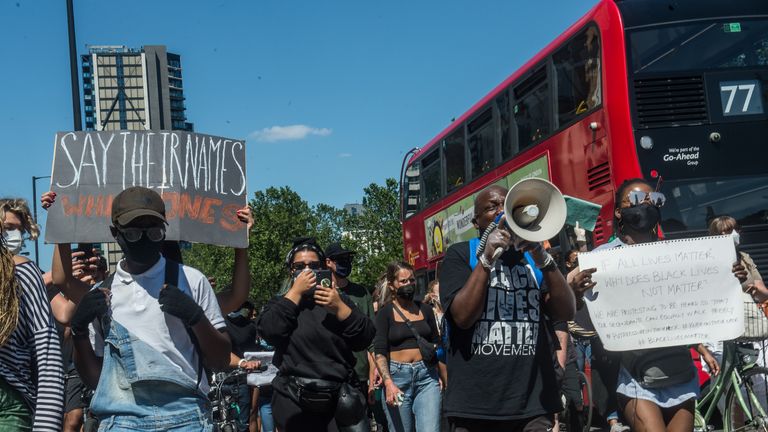 Protesters demanded justice and showed their support for Americans angry about violence suffered by black people at the hands of police in the US, a feeling galvanised by Mr Floyd’s death in Minneapolis earlier this month.

They chanted “no justice, no peace!” and waved placards saying “How many more?” referring to the list of black Americans who have died after encounters with police. Others shouted: “Get your knees off our necks.”

Some carried signs saying, “I can’t breathe” – the last words of Mr Floyd.

Several thousand people marched on Monday through the streets of Auckland in New Zealand to the US consulate in the city where they stopped and kneeled. 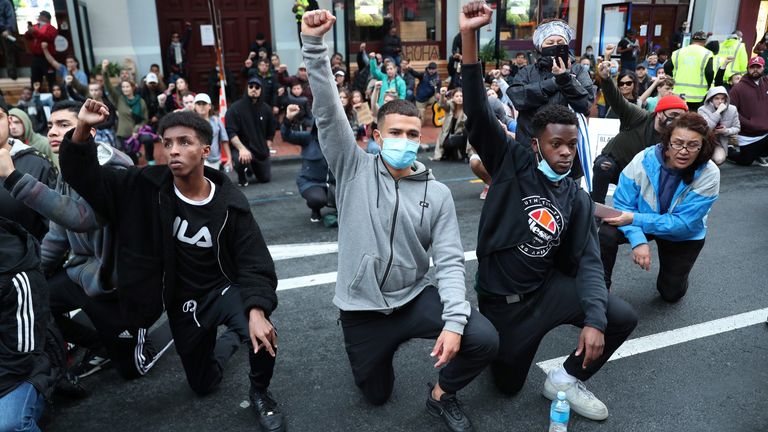 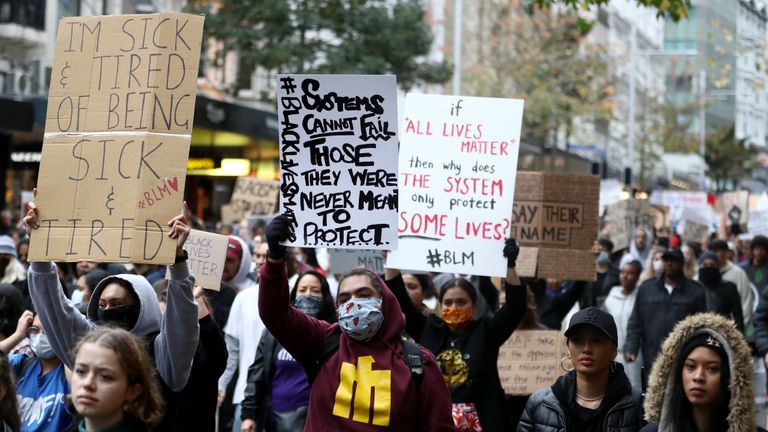 Banners read “the real virus is racism”, as hundreds more joined other peaceful demonstrations and vigils elsewhere in the country, against systematic racism in solidarity with those in the US. 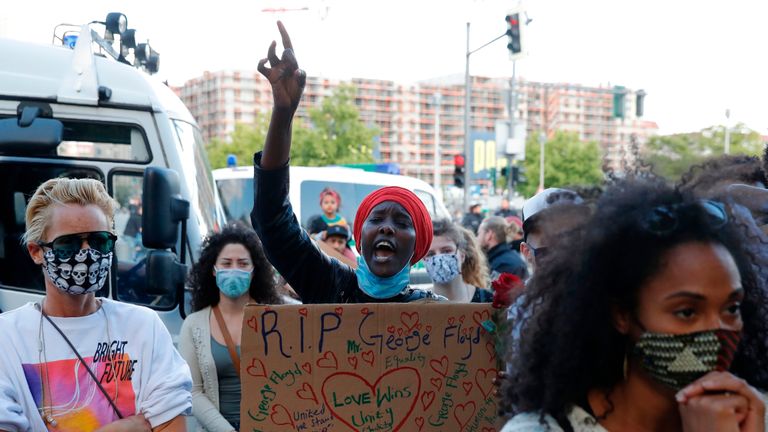 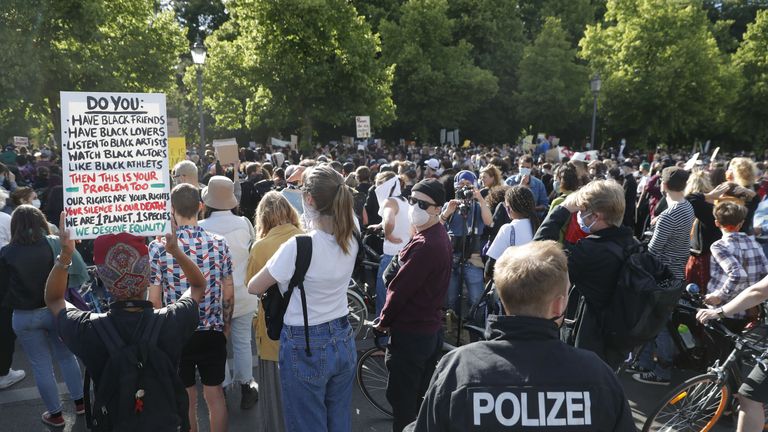 England winger Jadon Sancho joined protests across German football after scoring for Borussia Dortmund during their Bundesliga match against Paderbornon on Sunday.

After scoring he removed his jersey to reveal an undershirt with a message reading “justice for George Floyd”.

Sancho, who came through Manchester City’s academy before moving to Germany in 2017, was shown a yellow card for removing his shirt during the tribute.

Elsewhere across Europe, people marched in Copenhagen in Denmark, Krakow in Poland and cities across Spain, among other places.

Crowds gathered outside the US Embassy in Copenhagen, demanding “justice for George Floyd” with placards saying, “Black Lives Matter”. 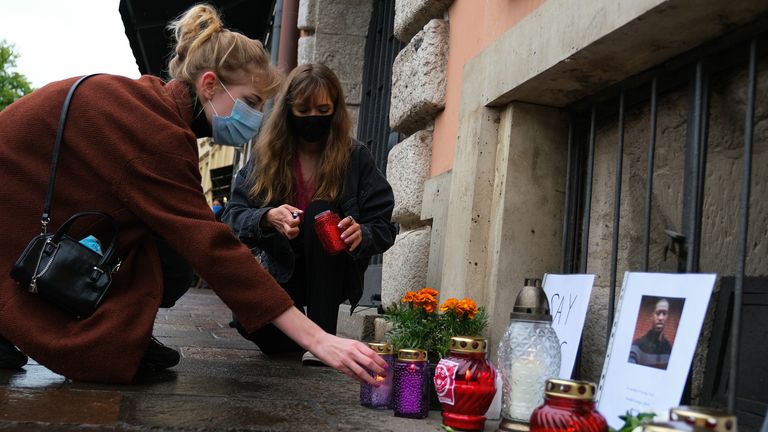 In Canada, protesters in Toronto knelt down on their knees and held a silence in memory of Mr Floyd.

Demonstrators gathered outside police headquarters on Sunday and marched through downtown Montreal, chanting “no justice, no peace” and “I can’t breathe”.

However, the protest turned violent as officers and some demonstrators clashed at Place des Arts, the destination of the march.

Projectiles were thrown at officers who responded with pepper spray and tear gas. 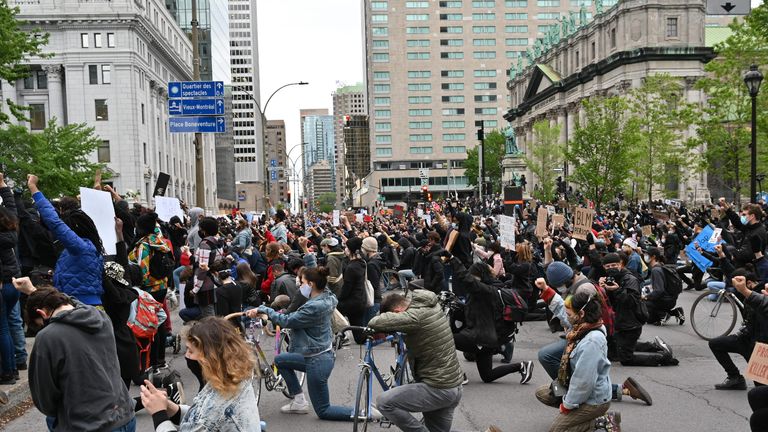 It is not just Minneapolis in the US that has seen mass protests and rioting – cities across the country, including Las Vegas, Los Angeles and Washington DC have all deployed armed police during demonstrations. 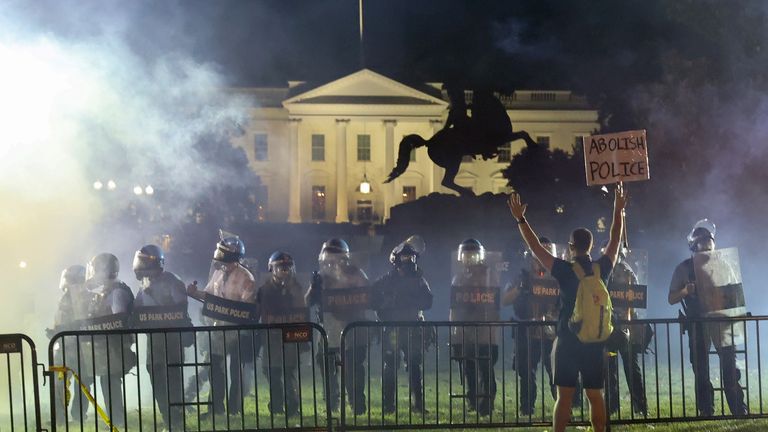 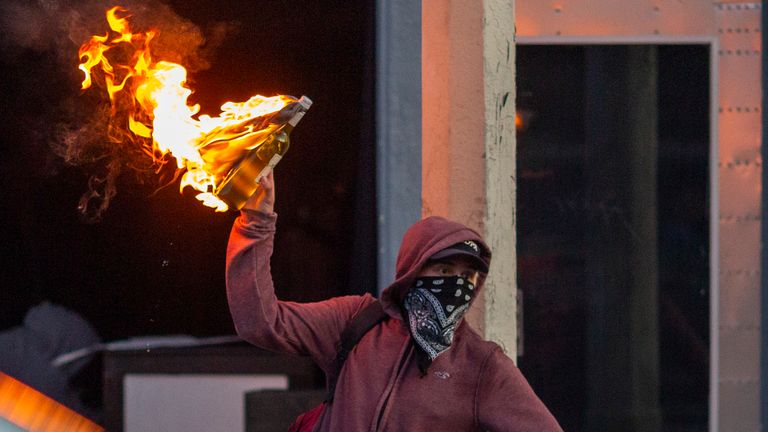