An administrative worker has been stabbed to death inside a police station in France and her attacker shot and killed nearby.

A police source said the woman was stabbed in the throat during the attack just inside the station in Rambouillet, a town southwest of Paris home to a former royal estate.

The identity of the attacker or the motive behind the assault was not immediately clear, a national police spokesperson told Associated Press news agency.

The woman was an administrative employee in the station, the spokesperson said. 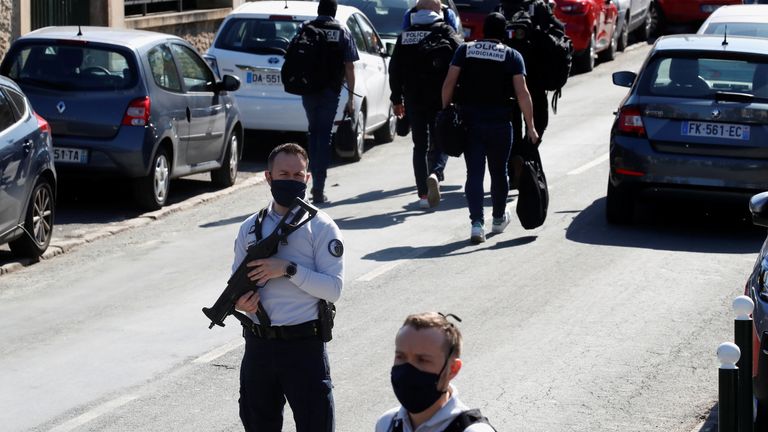 “We are in a state of astoundment,” Karl Olive, vice president of the regional council, said on BFM television.

Investigators were looking into whether there might have been a link to terrorism, and a source told Reuters that anti-terrorism officers had opened an investigation.

The police source said the attacker had Tunisian nationality, was in France legally and had no police record.

They added that he was not shouting Islamist slogans during the stabbing, which is often a mark of an attack by an Islamist terrorist.

However, Paris region president Valerie Pecresse told BFM that terrorist motives could not be ruled out

France has seen deadly attacks against police in the past.

Interior minister Gerald Darmanin and other top officials were heading to the scene of the attack.