ADDIS ABABA (Reuters) – Bereaved families who lost loved ones aboard Ethiopian Airlines Flight 302 converged on the crash site on Tuesday to mark the first anniversary of the tragedy, a day after an interim report focused on software installed on the Boeing 737 MAX jet. 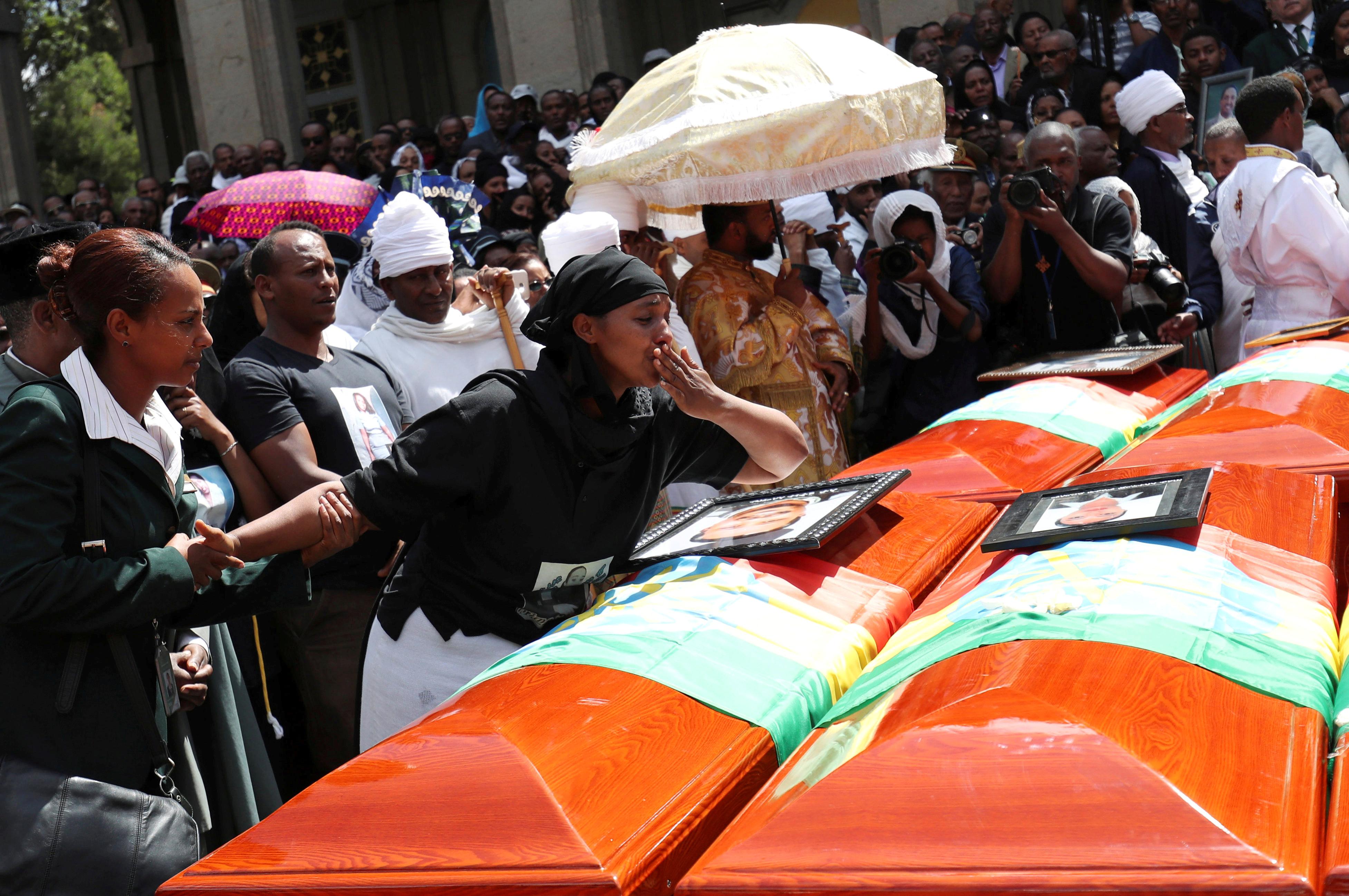 The accident killed all 157 people aboard when the new Boeing 737 MAX plunged into farmland six minutes after taking off from the capital. It was the second accident involving the 737 MAX in five months and led to the plane being grounded worldwide.

People from 33 nations were aboard Flight 302 and hundreds of relatives and friends from across the world traveled to Ethiopia for the memorial. Separate events were scheduled at embassies, the United Nations and the pilots’ association.

Families from nations including Canada, the United States, Ethiopia, Kenya, Uganda, Italy and France attended the ceremony at the crash site, which is about a three-hour drive from the capital, Addis Ababa.

Organizers say the program included a tree planting and the reading out of victims’ names. Police set up a roadblock a kilometer from the site to prevent the public from attending the event.

The 737 MAX, Boeing’s best-selling aircraft, remains grounded. The plane maker has lost billions of dollars since the Ethiopian crash and an October 2018 accident involving Indonesia’s Lion Air, which killed all 189 people aboard.

Boeing’s CEO was forced to step down and the company is facing hundreds of lawsuits from bereaved families.

It identified no issues with the airline or the pilots’ handling of the plane, which crashed shortly after take-off.

Inaccurate sensor readings activated the plane’s MCAS anti-stall system, pushing the nose of the aircraft lower as the pilots struggled to control it, the report said.

(For an interactive graphic on the Ethiopian Airlines crash, go to: here)

(For a map of the crash location, go to: here)