EU: Expert on fears of Poland being ‘marginalised’

EU analyst Marek Tatala spoke of his fear that the ongoing row between Brussels and Warsaw over the latter’s violations of European Union’s rule of law requirements could escalate into a wider trade war. Poland is being “marginalised” according to Mr Tatala, with many of the larger members states such as France putting up barriers to the single market in order to protect their own economies. With the Polish government frozen out of the key decision on the future of the market, the expert fears the Polish economy will be harmed.

Mr Tatala spoke to Express.co.uk of his concerns that some of the large EU member states had already begun to adopt economic “protectionism,” pushing Poland out of discussions around the single market.

He said: “While we are very focused in Poland about the topic of rule of law and the government is essentially fighting with Brussels over these issues.

“We see some tendencies for intra-EU protectionism for example in France, in some other large EU states when they try to protect their economies from the free flow of goods and services in the EU.” 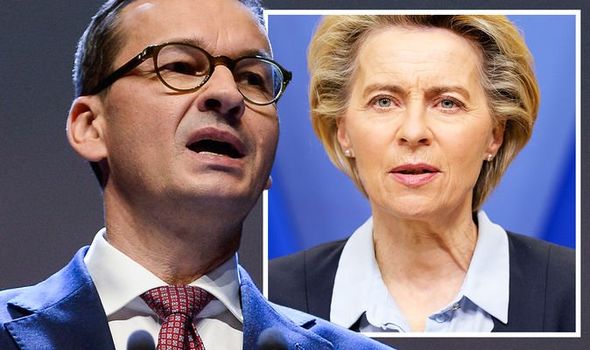 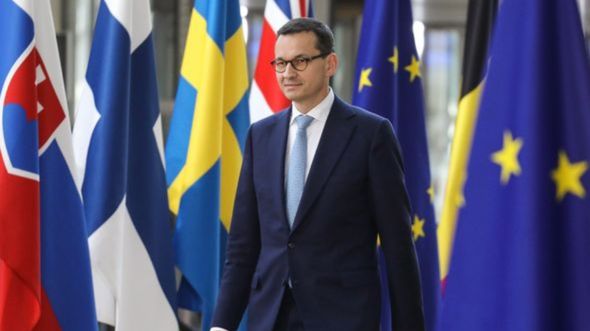 The Vice President at the Civil Development Forum also said that Poland could be further marginalised within the bloc if the rule of law conflict was not resolved.

He added: “I am worried that if the Polish government is so involved with this conflict over the rule of law with the European Union institutions we will continue to be marginalised in this debate about the future of the single market.

“This will harm also harm polish business that benefited hugely from our presence in the single market.

Together with Hungary, Poland’s relationship with the EU has been tense ever since Brussels began Article 7 proceedings aimed at preventing the two countries from introducing controversial legal reforms. 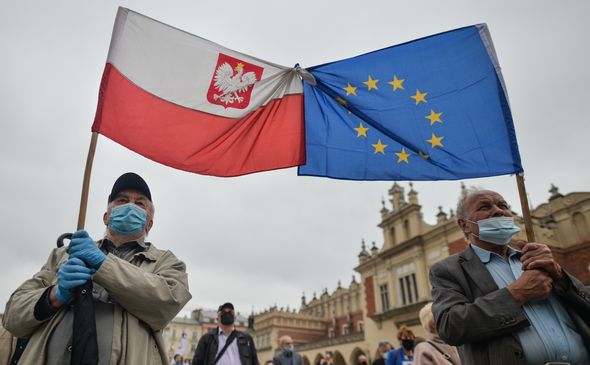 Most recently, both Poland’s Prime Minister Mateusz Morawiecki and Hungarian counterpart Viktor Orban threatened to veto the EU’s £1.6trillion budget in protest at attempts to link payouts from the EU’s coronavirus rescue funds to adherence to the bloc’s principles with respect to judicial independence.

Sebastian Kaleta, Poland’s Secretary of State in the Ministry of Justice, recently stated that Boris Johnson’s tough stance on Brexit should serve as an example to every leader in the EU27.

Earlier this month he told Express.co.uk : “Poland and Hungary have strong conservative governments. Therefore, it is no coincidence that it is precisely our countries that have been in the crosshairs of the European Commission, who pursues a left-liberal agenda.

“Poland is being attacked for our attempt to reform the outdated justice system – that has remained unreformed despite regime change – and accused of allegedly politicising it.”

On closer inspection, it turned out that Poland was acting in a very similar way to, for example, Spain, when it came to its legal system, Mr Kaleta claimed, suggesting his country was therefore being singled out unfairly.

He added: “These are lies, aimed at weakening Poland both externally and internally, causing support for the current ruling party to erode. Nonetheless, we remain consistent in defending our interests.

“We will not allow anyone to try to persuade us that regulations which successfully work in other countries are a violation of the rule of law when it comes to Poland, while elsewhere such violations do not seem to be identified.”