The EU’s division surrounding Hungary has yet again come to the fore after the country passed a controversial new bill banning LGBTQ content in schools. The new laws ban all educational materials for children which are considered to promote homosexuality, gender reassignment and the concept of sexuality deviating from the one assigned to a person at birth. Human rights groups and opposition parties condemned the bill while protestors also gathered in Budapest.

This also attracted criticism from other European leaders, with Dutch Prime Minister Mark Rutte calling Hungary’s place in the EU into question.

He said: “For me, Hungary has no place in the EU anymore.

“But, unfortunately, in the system that we have, I can’t do it on my own, but [with] 26 other member states saying: ‘You have to leave.’

“This has to happen step by step and, in the meantime, you hope that they will adapt.”

Hungary, as well as Poland, has emerged as a key issue for European leaders in recent years.

The two countries delayed the EU coronavirus recovery fund and for years have been criticised for adopting increasingly illiberal policies, particularly in relation to judicial independence. 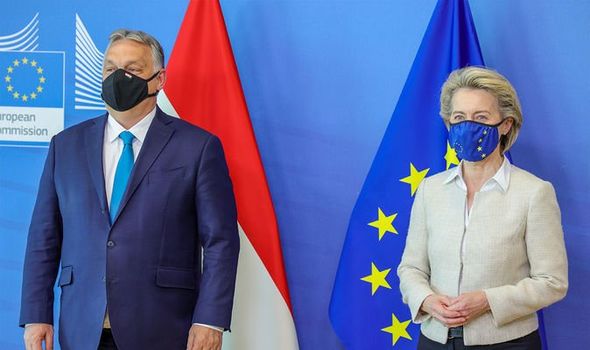 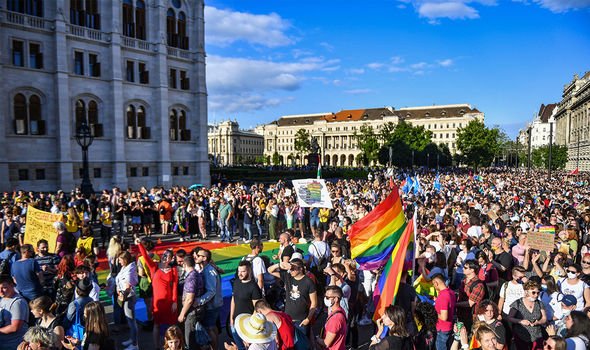 Ronan McCrea, a professor of EU and constitutional law at University College London, wrote for the Irish Times in 2018 that Hungary and Poland pose a “worse threat to the EU than Brexit”.

He highlighted how the EU’s legal order could be compromised, as member states are required to trust the institutions of fellow EU nations.

In extradition proceedings, if a court in an EU member state asks another country’s court to surrender someone for trial, they must be extradited under EU law as it is assumed the person will get a fair trial.

But with courts in both Poland and Hungary causing concern, this process is under threat. 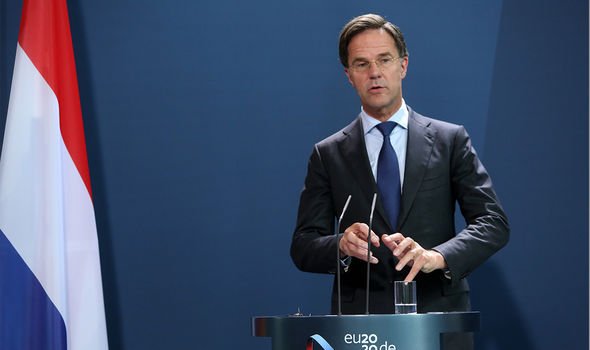 He added: “It is because of the duty of mutual recognition that products that are lawfully manufactured in one member state can generally be imported into another without restriction.”

Without this trust, even the bloc’s trade could be impacted.

Prof McCrea warned that the row could lead to a complete breakdown in trust between Hungary, Poland and Brussels, and could “paralyse EU decision-making in a wide range of areas”.

He added: “That represents a much more fundamental threat to the EU than even the hardest of Brexits.” 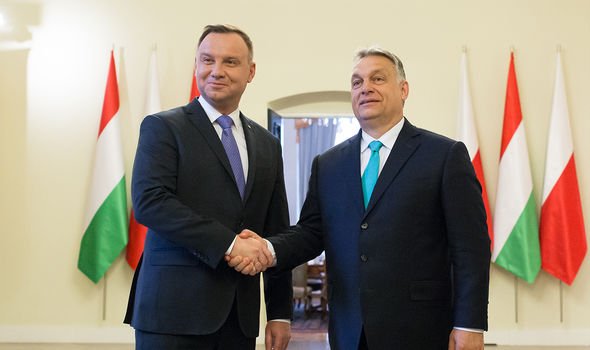 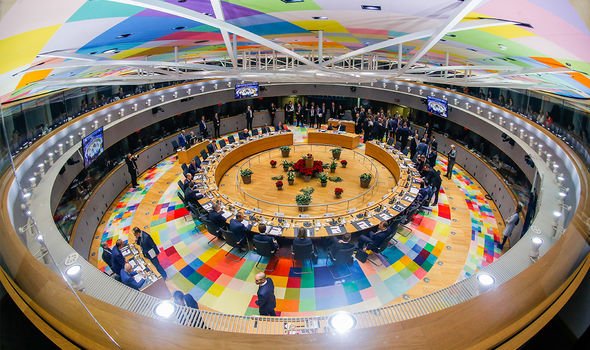 The EU’s lack of strong action over Hungary and Poland has caused frustration among other member states.

Expert on Swedish politics, Mikael Sundstrom, told Express.co.uk earlier this year that the anger from some in Stockholm has become ammunition for anti-EU figures.

He said: “There is a frustration that the EU, particularly among the elites, less the average voter – they would care about the fact we have to pay more Swedish krona into the EU.

“This is the main leverage for the anti-EU people.

“When it comes to Hungary and Poland, Poland is a neighbour that concerns Swedes – the main concern is why can’t the EU do anything more powerful to keep them in check.

“Why can’t the EU do more to uphold liberal democratic rules in these countries?”