Benjamin Netanyahu, the ever-present figure in Israeli politics for three decades is down and out.

“Bibi”, to give him his near-universal nickname, has been written off so many times, but now, the man they call “the magician” has run out of tricks and run out of road.

After four elections in just two years, 24 months of political stagnation, a new dawn has broken for Israeli politics. It heralds the beginning for a remarkable coalition and the end for an extraordinary political operator. 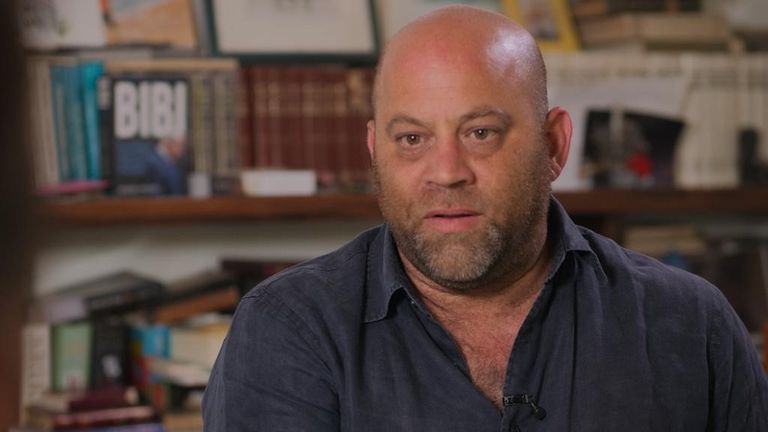 Benjamin Netanyahu has been Israel‘s prime minister for the last 12 years: the longest serving leader in the country’s history. That wasn’t the start though. He was also prime minister between 1996 and 1999. In opposition before then and between those two stints, he was in the wings, plotting and driving his form of populist nationalist politics.

He is a politician who was channelling Trump while the former American president was still building casinos.

“He was Trump before Trump,” Netanyahu’s unofficial biographer, Anshel Pfeffer told me.

“He is a constant campaigner, he’s basically running for re-election the whole time. He doesn’t take a break between elections. So many of the populist politicians we talk about today – Orban in Hungary, Boris Johnson; Netanyahu was doing a lot of what they are doing now long before they were on the scene.

“Probably the only politician who was doing this in the television era before Netanyahu is Silvio Berlusconi in Italy,” Pfeffer said.

A survivor not a winner

Curiously Netanyahu was never actually a landslide politician. While often compared, as a savvy political operator, to Blair or Clinton, he only ever scraped in, but he did it consistently and that’s what mattered.

Israel is a country that functions on coalitions and Bibi was always the man who managed to form them. Critics, though, say he did it through exploitation rather than consensus.

Ehud Olmert was Netanyahu’s predecessor as prime minister. The two men were once in the same party, Likud. But as it tacked to the right, Olmert remained a centrist.

Mr Olmert told Sky News: “We never we were never friends. I never liked him. I never felt close to him. I never felt that he is a genuine human being [but] I thought it was a highly talented performer, the greatest that I’ve met in modern politics… He’s a genius. I mean, there there will be no one that can compete with him in on television. Laurence Olivier?”

He continued: “He’s a great performer, but when you look at the substance of things, the divisions within the Israeli society today are greater than ever before.” 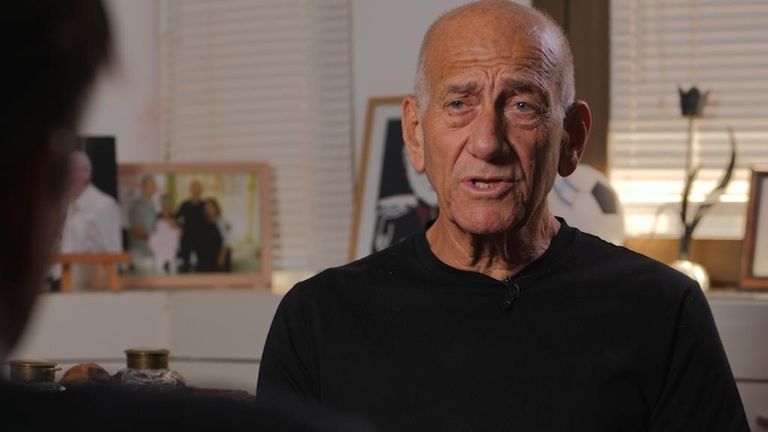 Pfeffer agreed: “Netanyahu is the most divisive prime minister in history, he has exploited every divide in Israeli society between Jews and Arabs, religious and secular, left and right.

“All these all these divides have been exploited and the communities have been played off against each other to keep him in power. That’s something that Israeli society will be paying the price for for years to come.”

Danny Danon has been a close confidant of Netanyahu for decades. He is a former Likud party politician and a nationalist who doesn’t believe in a two-state solution with the Palestinians. Until last year he was Netanyahu’s ambassador to the United Nations.

He told Sky News: “Many Israelis were born knowing only Netanyahu as the prime minister of Israel.

“He is one of the greatest leaders in Israel’s history and his dedication to our security, I think that the most important thing in his legacy.”

Under Netanyahu, Israel enjoyed the longest period of economic growth in its history; an achievement only damaged by the coronavirus pandemic which ‘the magician’ managed still to turn to his advantage. From the beginning he was the consummate communicator.

Describing his early political years, Pfeffer, author of Bibi: The Turbulent Life & Times of Benjamin Netanyahu, said: “He had literally sat at home over weekends with a rented video camera and trained himself how to do sound bites, how to do have strong, strong interviews on television.

“And when he came along in the late 1980s, he literally blew everyone away and he’s kept that advantage ever since.” 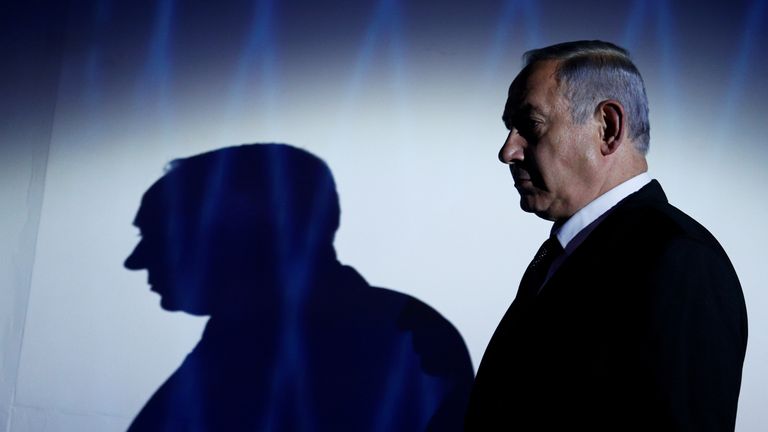 Despite his persona as a tough-man, the former captain in the Israeli special forces actually presided over a period of relative calm, in Israeli terms.

He has been risk-averse while building up the nation’s defences and moulding a stalemate with the Palestinians precisely because it played to his advantage.

Pfeffer said: “He has this warmongering image which he which he builds up himself, but he never pushed the button and he never launched the big attack on Iran… He didn’t launch another war with Hezbollah in Lebanon, as his predecessors did. So all these things have been talked about, but never actually happened. He’s been risk averse and that is to his credit.”

But it was all to the detriment of the Palestinian people. Netanyahu’s politics, combined with splits and failures in the Palestinians’ own leadership, have stalled the peace process.

Olmert believes the impact of this failure on the reputation of the Jewish State is huge: “The lack of political solution for the Palestinian issue is the greatest threat to the status of the State of Israel. We need to separate from the Palestinians. We need to end the occupation. We can’t be seen in the international community as occupiers because this will destroy the image of Israel, the status of Israel.”

The latest round of fighting in Gaza hinted at a consequence of the stalemate. The Palestinian cause seemed more united than ever before, but it was a street-level unity. The politicians on all sides remain intransigent. 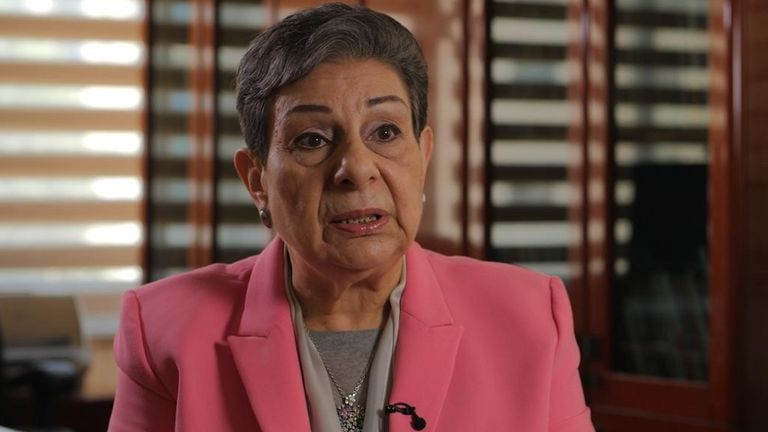 Hanan Ashrawi, a central figure over decades in the quest for Palestinian statehood has a scathing assessment of Netanyahu’s legacy.

She told Sky News: “I think Netanyahu’s legacy has been one of the most, if not the most destructive legacy for Israel, for the whole region, and I think in many ways, by legitimising fascism and violence and manipulation and control as well as corruption, he has created a situation where the chances of peace have become all that more difficult, if not impossible.”

After 12 years in power, Netanyahu as been central in reminding western nations of what he sees as the malign behaviour of Iran. Yet in that time, Iran has come closer and closer to obtaining a nuclear weapon. Mr Danon doesn’t see this as a failure.

He told me: “I think the fact that he put Iran on the spotlight in the last decade and everybody today sees the real threat coming from Tehran… maybe some people see different ways to deal with the threat, but he exposed it and he mobilised our intelligence agencies to bring information. And today the Iranians cannot work quietly, continue with their ideas. All the spotlights on them.”

The last few years of his premiership have been dominated by his corruption trial – three cases of fraud, bribery and breach of trust. The trial is ongoing. 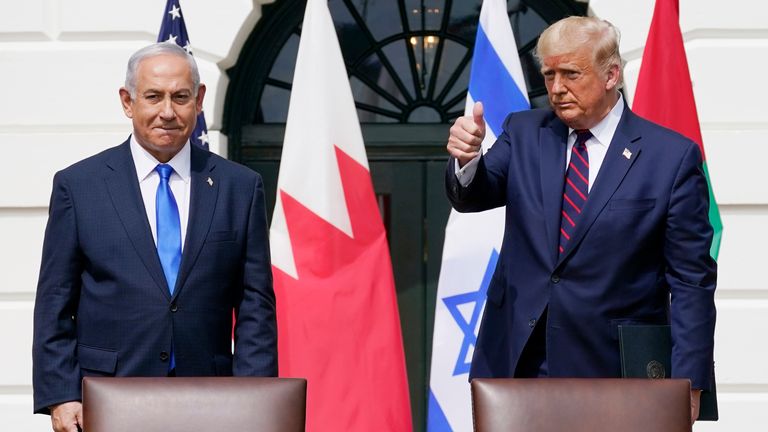 Netanyahu presided over a prolonged period of peace within Israel, but even that was in doubt with recent sectarian violence between Arabs and Jews which he did nothing to calm.

He signed unprecedented and laudable diplomatic normalisation deals with Gulf Arab nations, but on that core issue which defines the land he’s ruled for so long, the Israel-Palestinian conflict, something which many Israelis seem oddly oblivious to, there are no solutions.

Netanyahu failed to bring about a lasting peace and chose instead the status quo which works for Israelis but does not for the Palestinians.

In his final interview before he died in 2016, former Israeli president and prime minister Shimon Peres was asked if he still thought there was a chance for peace between Israel and the Palestinians.

He said: “I don’t think there [is] another alternative. Neither for the Palestinians, nor for us. The only alternative is an ongoing war. But contrary to what people think, in war there are no victories, only victims. No war is ever finished unless its being replaced by peace.”

Netanyahu and his supporters will claim he achieved many victories. But he did not replace war with peace.