Group of intellectuals and activists held after calling for release of prisoners inside crowded, unhygienic facilities. 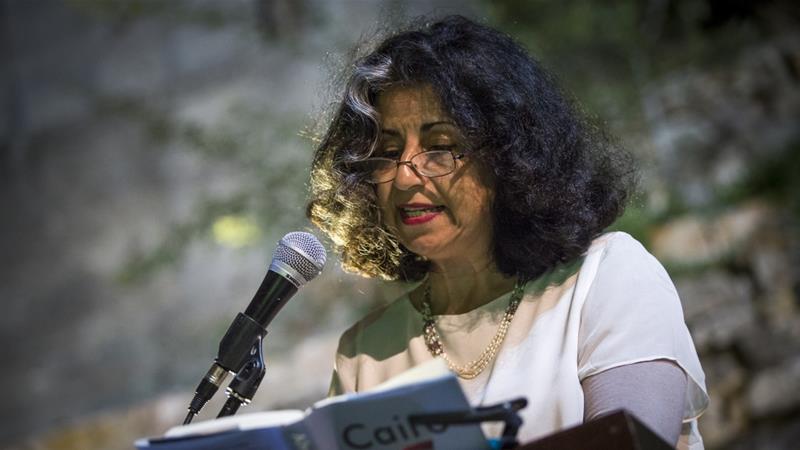 Egypt has arrested and charged four prominent activists and authors who called for the government to release prisoners amid the coronavirus outbreak.

The four women were arrested on Wednesday on the charge of spreading false news and violating the country’s protest ban after they gathered outside the cabinet building.

The detentions of activist Mona Seif; her activist and professor mother Laila Soueif; novelist aunt Ahdaf Soueif and Rabab al-Mahdi, a professor and activist, came as Egypt tries to maintain its firm grip on dissent amid a burgeoning world health crisis.

“We are in front of the cabinet building, asking for the state to take serious steps regarding coronavirus in prisons. As we know, at the best of times Egypt’s prisons are clusters for disease,” Mona Seif said in a live Facebook video before her phone was taken by police.

Mona’s younger sister Sanaa Seif said she was prevented from seeing her relatives at a Cairo police station.

According to human rights groups, there are tens of thousands of people held without due process in the country for their political views.

“Freedom of expression in Egypt has deteriorated dramatically over the past seven years under President Abdel Fattah el-Sisi’s rule,” a statement on its website read.

Salil Tripathi, who is chair of the free speech organisation Writers in Prison Committee, tweeted: “Jailing writers who speak truth to power is an authoritarian trick. Egypt must walk back from that path.”

In recent weeks, Mona had been vocal on social media, raising awareness about the dangers of contagion in prisons.

On Tuesday, her mother Laila Soueif, a Cairo University professor, wrote to Egypt’s attorney general urging him to free prisoners.

“The only way to prevent detention centres becoming hubs for spreading the pandemic and endangering the entire population of the country is to release as many prisoners as possible,” she wrote.

Ahdaf Soueif is a Booker-shortlisted novelist and Rabab al-Mahdi is a political science professor at the American University of Cairo.

Human Rights Watch said an epidemiological “disaster” could be spared if authorities arranged for the conditional release of prisoners.

Qatar’s international media outlet Al Jazeera also called on the Egyptian government to release Mahmoud Hussein, its journalist who has been held for more than three years, citing deep concerns about his health amid the coronavirus outbreak.

Overcrowded Egyptian prisons are infamous for their unhygienic conditions, which can potentially lead to a rapid spread of the coronavirus among prisoners, Al Jazeera’s management said.

“It is unacceptable that Mahmoud has been held by the Egyptian authorities for nearly 1,200 days for merely being a journalist with baseless accusations and trumped-up charges,” said acting director-general of Al Jazeera Media Network, Mostefa Souag.

Egypt on Thursday registered 46 new coronavirus cases, the health ministry said in a statement, bringing the total to 256.

The ministry said there was one more death, taking the death toll to seven.