A strong earthquake measuring magnitude-5.2 on the richter scale shook the Madeira Islands on Saturday evening. The European Mediterranean Seismological Centre (EMSC) reported the quake had a depth of 5 kilometres (3.11 miles).

The quake hit 55 kilometres south of the city of Funchal, capital of Portugal’s Autonomous Region of Madeira.

So far there has been no reports of possible casualties or damage due to the earthquake.

Witnesses say that while the tremors have not been severe, they caused confusion among those who felt them.

One witness tweeted: “Madeira update: just had an earthquake here. Didn’t feel too bad, nothing broken or knocked over. 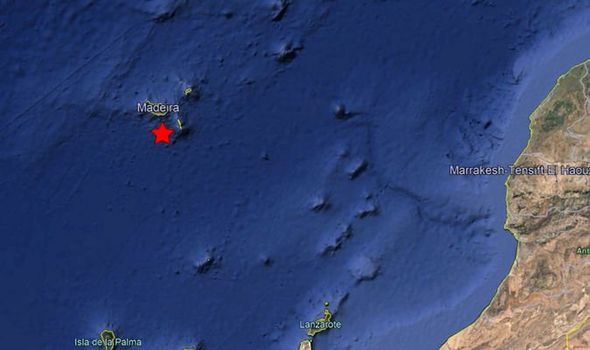 “Lasted about 6 seconds and was just very odd for a moment!

Another said: “Started shaking, a rumble could be heard, getting more powerful shaking and then it faded out.

“Perhaps 5cm movement of our restaurant chairs back and forth. Kept staring at the roof and walls if we need to sprint out, but all held OK.” 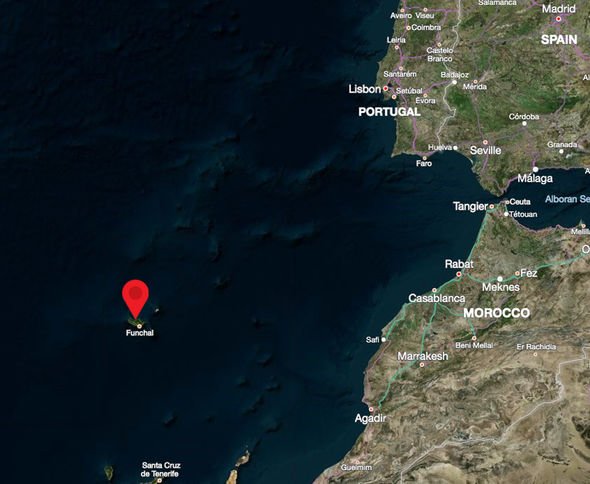 A third said: “On holiday in hotel. Very very scary. Thought the building was going to collapse.”

Madeira, an archipelago of four islands off the northwest coast of Africa, is home to just under 270,000 people.

The islands are visited by a million tourists each year.