Doctors in Italy have warned against the misconception that young people will not suffer as badly as the elderly from COVID-19.

Dr Antonio Pesenti, the head of Lombardy’s intensive crisis care unit, said many younger people were being admitted to hospital with severe cases of the coronavirus.

“50% of our patients in the intensive care unit, which are the most severe patients, are over 65 years old,” he said.

“But that means that the other 50% of our patients are younger than 65.

“We have patients who are 20 years old or 30 years old, quite a few, and those are severe like the old ones.”

Dr Pesenti said that in his experience the only difference between the two groups was that “younger people are usually healthier, so they survive more.”

Part of the reason Italy has had a higher mortality rate than other countries is because it has a larger population of older people.

However, the fact that the elderly are more likely to die from the virus does not mean young people will experience a milder form of the disease or are less likely to get infected.

In Italy almost a quarter of their nearly 28,000 coronavirus patients are aged between 19 and 50.

In the United States, research by the Centres for Disease Control and Prevention found that 705 of the first 2,500 coronavirus patients in the country were aged between 20 and 44.

Of those 705 cases, more than 15% needed hospital treatment and 4% ended up needing intensive care.

The US coronavirus task force co-ordinator has now said she is concerned there could be a disproportionate amount of millennial cases. 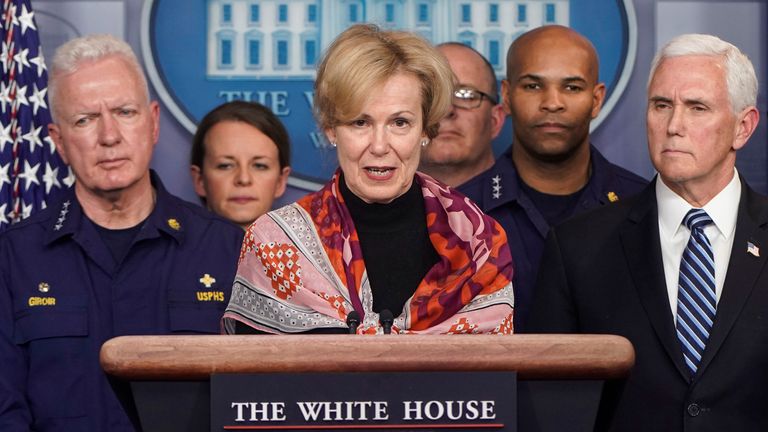 Even children can end up with severe cases of the virus, as was revealed in a study carried out by Chinese doctors and published in Pediatrics journal.

Their study of more than 2,000 young children with COVID-19 found that 11% of cases in infants were classed as severe or critical.

This is a lower rate of severe illness than in adults, but it shows children can still be made seriously ill by the disease.

In the UK, the vast majority of those who have died after testing positive for COVID-19 have been over 60.

Only five people younger than that are so far known to have died because of the coronavirus, and they all had underlying health conditions.

But the UK does not release the age breakdown of the people infected with the disease and among that group the proportion of people below 60 is likely to be considerably higher.

On Thursday, England’s chief medical officer Professor Chris Whitty said the vast majority of people in all age groups would recover from COVID-19.

But he said that young people should not assume they would be unaffected the disease.

“It certainly is the case that the majority of those that end up dying sadly are people who tend to be either in the later part of their lives, usually quite elderly, or those with pre-existing health conditions,” he said.

“I think it’s important that we don’t give the impression that every single person who is young and healthy is just going to breeze through this.”