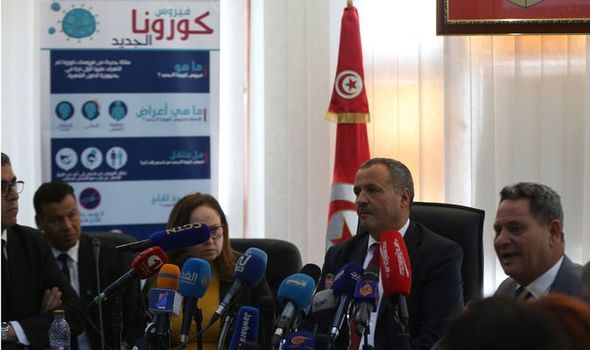 The coronavirus death toll in Italy – the bloc’s worst-hit country – jumped by 196 in 24 hours to 827 on Wednesday; while confirmed infections rose to 12,462 from 10,149. Tunisian authorities earlier this week deported 30 Italian holidaymakers who refused to self-isolate despite the worsening coronavirus outbreak, Tunisia’s state news agency TAP said on Tuesday.

“Tunisia: 30 Italian tourists, who arrived Monday in Kairouan from Tabarka, were brought back home Tuesday, after coordination with their embassy, in prevention against COVID19,” TAP said in a Twitter post, citing local governor Mohamed Bourguiba.

The Italians, who arrived in Tunisia by sea on March 5, refused to comply with the mandatory 14-day quarantine imposed on all visitors and were therefore banned from checking into their hotel in the central city of Kairouan.

They slept on their tour bus before being driven back to the airport on Tuesday morning, according to local media reports.

Tunisia has so far reported six cases of the flu-like disease, most of which were imported from Italy. 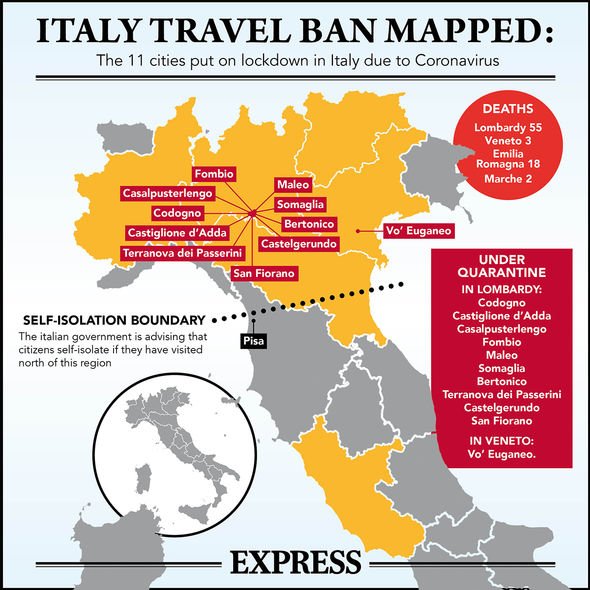 Its first case, confirmed on March 4, was a Tunisian national who had recently arrived from Italy by sea.

It has also suspended all flights and shipping to Italy except to Rome.

The number of cases outside China – the epicentre of the epidemic – has risen 13-fold in the past two weeks, and the number of countries affected tripled, with Italy becoming the worst-hit country in Europe.

The Italian government has enacted the most severe controls on a Western nation since World War Two in an effort to contain the outbreak, shutting bars, hairdressers and restaurants along with other restrictions already in place.

Rome has pledged to spend up to €25 billion (£22billion) to help cushion the economic blow from the epidemic, including cash injections for hard-hit hotels and restaurants and allowing families to suspend some mortgage payments.

The World Health Organisation (WHO) warned on Wednesday: “Italy … [is] in the frontline and suffering…but other countries will be in that situation very soon”, as it called the outbreak a pandemic for the first time.

The novel coronavirus, which emerged from central China in December, has spread around the world, paralysing industry, grounding flights, closing schools and forcing the postponement of sporting events and concerts.

There are now more than 118,000 cases in 114 countries and over 4,500 people have died, Mr Tedros said, adding that the numbers would continue to climb.