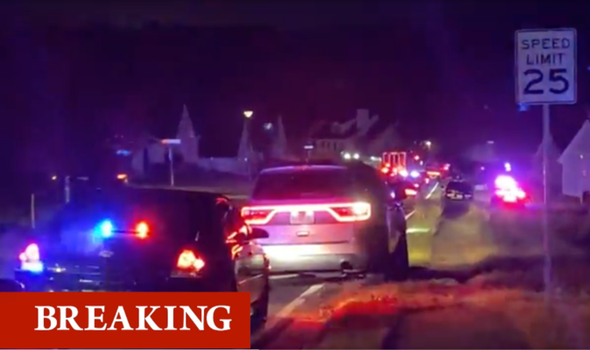 Footage shared from Clayton County shows a large police presence in the area after the department confirmed two officers have been shot.

WSB-TV reports one of the injured officers is in critical condition and the other has sustained non-life-threatening injuries.

The Atlanta-based news outlet has also said police have described the shooting as “serious”.

Police revealed they were called to Highway 42 and I-675 on Tuesday night.

However, it is not yet clear what incident led them to the Rex area.

Separate reports suggest the suspect could be dead but WSB-TV claims police have not commented on potential suspects.