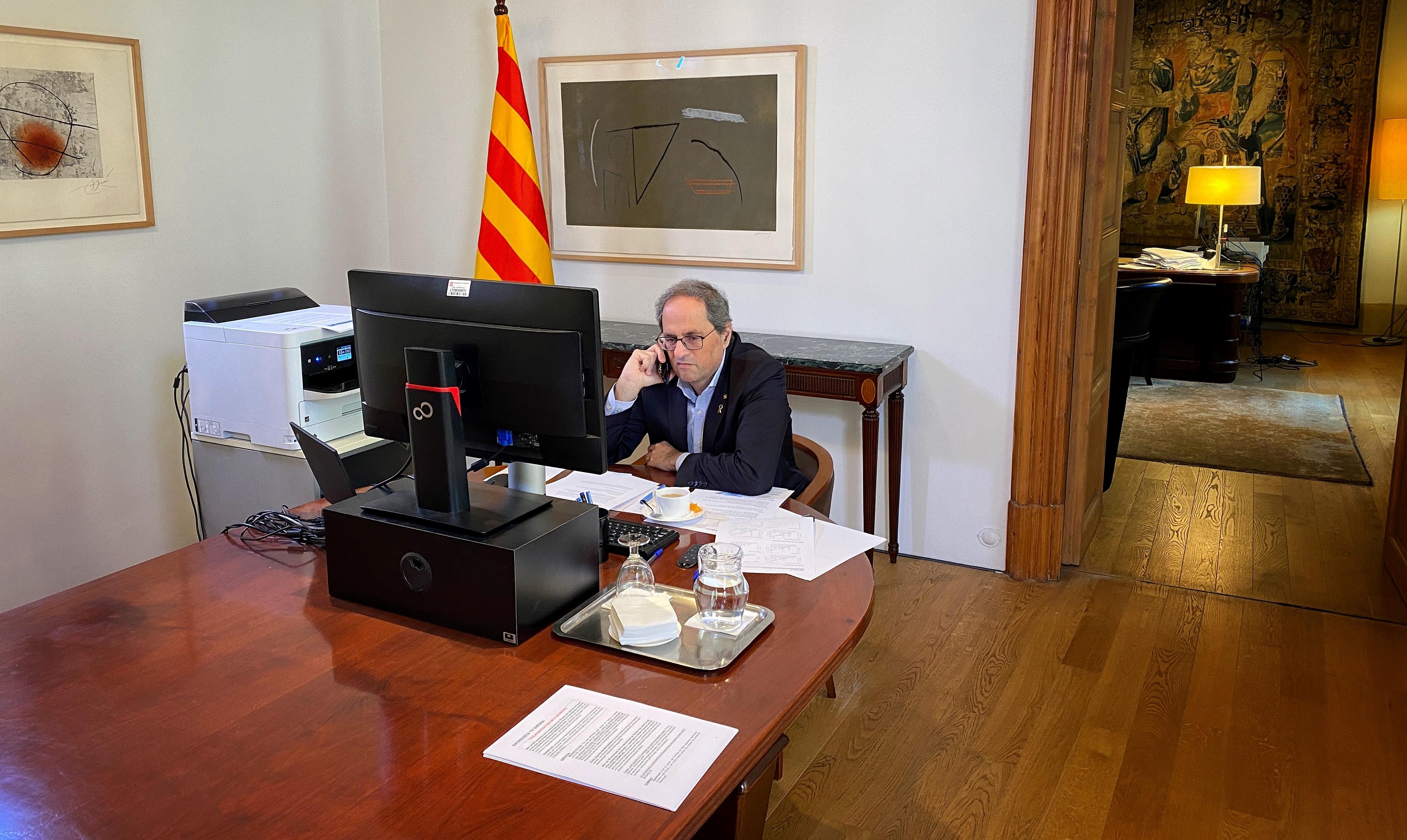 BARCELONA (Reuters) – Hospitals in Catalonia are at “maximum stress”, with this week and next likely to be the worst experienced by the Spanish region during the coronavirus crisis, its leader told Reuters.

The main challenge was a shortage of equipment, with a “supply problem” in obtaining masks and ventilators, rather than of space after makeshift hospitals were built across the region, Catalan regional government chief Quim Torra said on Friday.

“At the hospital level we are able to respond to all the cases that are arriving but we are at the limit,” said Torra, who has recovered after testing positive for the coronavirus.

Spain’s second most populous region, has 2,053 coronavirus patients in intensive care, the country’s highest figure, and has reported 2,335 deaths, second only to the Madrid region, the latest official data shows.

Catalonia was having difficulties buying medical equipment and was trying to become self-sufficient, saying more than 1,300 companies were interested in producing materials, Torra said.

In January, Torra said he would call a snap regional election once his proposed budget got parliamentary approval.

However, the Catalan parliament has not yet voted on the regional budget and an election has not been called.

Asked whether the election was more likely before or after the summer, Torra said: “In this context in which everything has been postponed, in which we don’t know when our kids will go to school, in which the Basque and Galician elections have been postponed or cancelled … I think it’s quite evident what I could be currently thinking about this issue, isn’t it?”