The plea comes ahead of a further attempt this week to drive genocide legislation though parliament after heavy resistance from Boris Johnson’s government. Canada MPs voted unanimously ten days ago to find China guilty of the largest systemic cultural and ethnic genocide since the Second World War. The decision made Canada’s House of Commons the third chamber, after the US Congress and the Dutch parliament, to formally make the finding, “We don’t look at this decision as a win – it’s just the right thing to do.

There are millions of people on the other side of the world who we will never meet. We gave them a voice,” said Canadian opposition leader Erin O’Toole, who orchestrated the vote.

“It is clear that the evidence meets the criteria for the  UN definition of genocide – it’s overwhelming. It’s  important to call this what it is so there can be pressure applied to change such horrible practice.”

Millions of Uighur muslims are believed to have been placed in so-called “re-education camps” in Xinjiang Province, as China’s ruling communist party attempts to systematically purge their very existence through slave labour and forced sterilisation policies which saw birth rates drop by 60 per cent between 2015-18.

However, it would take the remaining members of the Five Eyes intelligence club –  the UK,  Australia and New Zealand – before any trade or diplomatic sanctions would become meaningful.

“Our vote is an important signal that we hope will be echoed by the UK” said O’Toole. 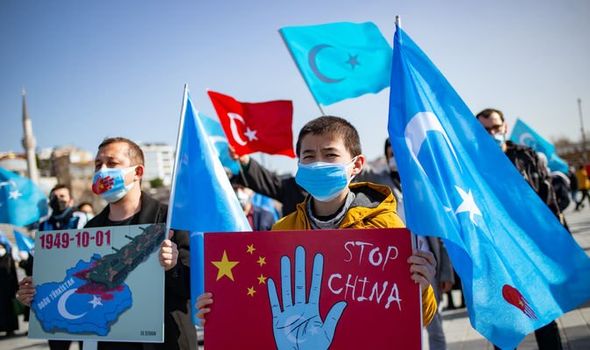 “But if we want to apply appropriate diplomatic and trade sanctions on the Communist regime, this can only be done if the Five Eyes members are aligned.

“We must coordinate pressure on Beijing with respect to genocide against Uighars, the situation in Hong King, trade practices, cyber offences and espionage.”

According to Nusrat Ghani MP: “It is quite clear that both Australia and New Zealand are taking the lead from the UK and are watching events here closely.

While Boris Johnson’s “Global Britain” strategy has seemingly placed the UK at the centre of democracies calling out against China’s disreputable practices – The Royal Navy’s new carrier HMS Queen Elizabeth will be leading a carrier strike force to the Far East in May – the government continues to block parliamentary attempts to follow Canada’s example, insisting that the matter must be adjudicated by the courts.

With China and Russia holding a veto at the UN Security Council, persuading the International Criminal Court in the Hague to take up the issue is deemed futile. 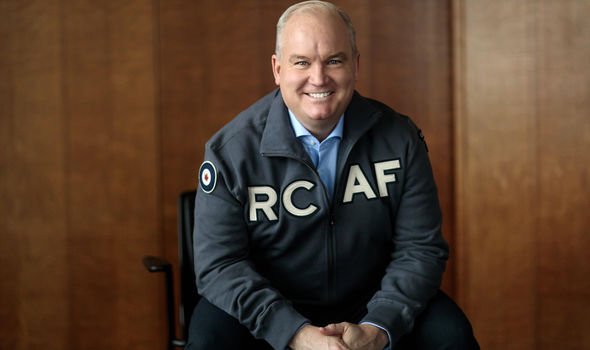 And an attempt by MPs to allow the High Court to determine China’s guilt was lost narrowly after it was coupled to a Labour amendment empowering the Commons to have a final say over trade deals in what Iain Duncan Smith termed Government “chicanery”.

Lord Alton of Liverpool, who proposed a compromise amendment which would allow five retired Supreme Court judges to formally rule on the Genocide issue, said:”“Again and again we are told that this can only be decided by the judiciary, yet the government knows that the ICC route isn’t plausible which only leaves domestic courts, and clearly the Government doesn’t want this.”

He added: “I don’t know if the PM has been briefed on this properly.

“This is precisely the kind of territory where senior advisors end up acting way above their pay grades. I fear there is undue influence being exercised at the widest levels where there are vested interests involved.”

On Friday a report by new UK think tank Council for Geostrategy  called for Britain to pursue a policy of diplomatic and military “credible deterrence”, to ensure that Beijing no longer feels emboldened to flirt the rules based order.

The report – called ‘Preparing for Intensified Geopolitical Competition’ – urges the UK, EU and Indo-Pacific nations to shed the notion of “West versus East” buy focussing on democracies and non-democracies; to assert ‘red lines’ such as Chinese territorial grabs in the South China Sea and cyber espionage and improve national resilience to prevent Chinese economical exploitation.

“What’s needed is a catalyst somewhat like George Kennan’s ‘long telegram’ in which he observed that peaceful coexistence with the Soviet Union in 1946 was unlikely to work,” said report co-author James Rogers.

“This led to the Truman Doctrine of containment and which provided the basis of US and Western strategy throughout the Cold War. 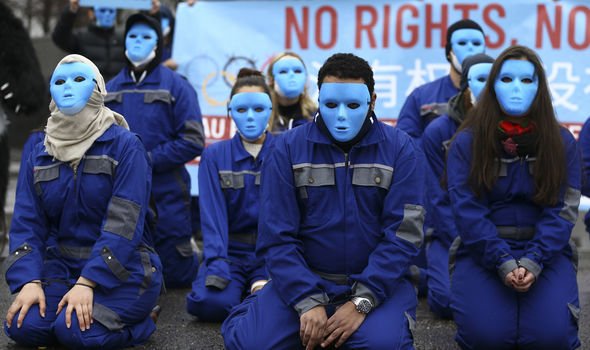 “The Government is moving in the right direction, but I’m not sure the same can be said for our European and Indi Pacific neighbours.”

Even a united front may not deter China, however.

Its new economic five year plan, unveiled on Friday, suggested that Beijing’s communist ruler Xi Jinping may be trying to anticipate a Western backlash by attempting to make the country more self-sufficient.

“While the West is thinking of decoupling from China, China is also trying to become more independent,“ said China expert and former diplomat Matthew Henderson.

“The Belt and Road Initiative has not provided the dividends it sought, and a heavy reliance on exports has made Beijing feel vulnerable. Language like ‘investing in China for China” shows that it is seeking to rebalance.

“Whether it can achieve this is another matter.”