At least eight people have died after a cable car connecting Italy’s Maggiore lake with a mountain close by plunged on Sunday, Italian news agency ANSA reported. The Stresa Mottarone cable car takes tourists and locals from the famous town of Stresa, on lake Maggiore, up almost 1400 metres above sea level to the top of the Mottarone mountain in 20 minutes.

ANSA said the cable car carried 11 people and that two children had been brought by helicopter to a hospital in the northern city of Turin.

No-one at the Alpine rescue service was immediately available to give further details.

The failure of the rope occurred 300 meters from the top of the mountain where the arrival station is. 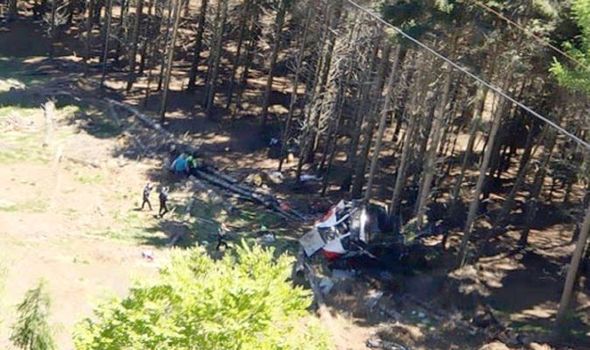 The cabin collapsed in a wooded and inaccessible stretch, where rescue operations are not easy.

The firefighters of the provincial command of Verbania, those of the detachment of Gravellona Toce and of Stresa are working on the spot, also a helicopter of the firefighters and two of the 118 in action.

The Mottarone cableway was opened on April 24 after the closing period due to Covid restrictions.

The plant connects the Lido di Stresa square to the top of the mountain that divides Lake Maggiore from that of Orta.