US President Joe Biden announced in a statement that the men had been released after years of captivity in the Latin American country. Mr Biden also paid tribute to the “dedicated public servants” in the US Government who had made the release possible.

He also reiterated his administration’s commitment to work as hard as possible to ensure that US citizens wrongfully detained and held hostage abroad are released.

He said:“I am grateful for the hard work of dedicated public servants across the U.S. Government who made this possible, and who continue to deliver on my Administration’s unflinching commitment to keep faith with Americans held hostage and wrongfully detained all around the world.

“Today, we celebrate that seven families will be whole once more.

“To all the families who are still suffering and separated from their loved ones who are wrongfully detained – know that we remain dedicated to securing their release.” 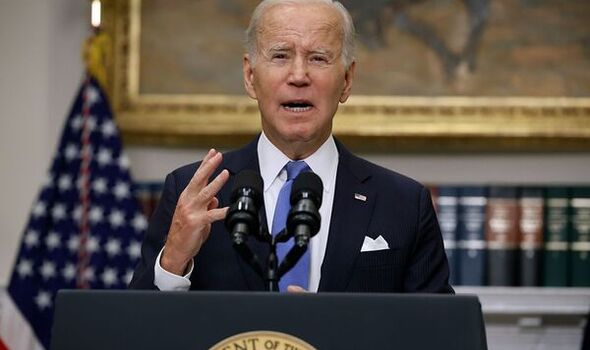 The seven prisoners were released in exchange for the freeing of two nephews of the wife of Venezuelan President Nicolas Maduro who were in jail on drugs charges, according to US officials.

In May 2021 the remaining members of the CITGO 6 were released from prison to house arrest.

However, they were recaptured later in that year.

The decision to recapture them was thought to be in retaliation for the extradition of Alex Saab, a Columbian businessman close to Mr Maduro.

Mr Saab was extradited to the US from Cape Verde in October 2021 in order to face money laundering charges.

He argued that he was a diplomatic representative of the Venezuelan government when he was arrested and should not face charges.

Mr Saab is waiting trial as the case works its way through federal appeal courts.

According to the state department, US officials have been visiting Venezuela throughout the year “for discussions about the welfare and safety of US nationals in Venezuela,”.