What gives drones an edge over manned aircraft in certain missions and why is Turkey suddenly excelling at them? 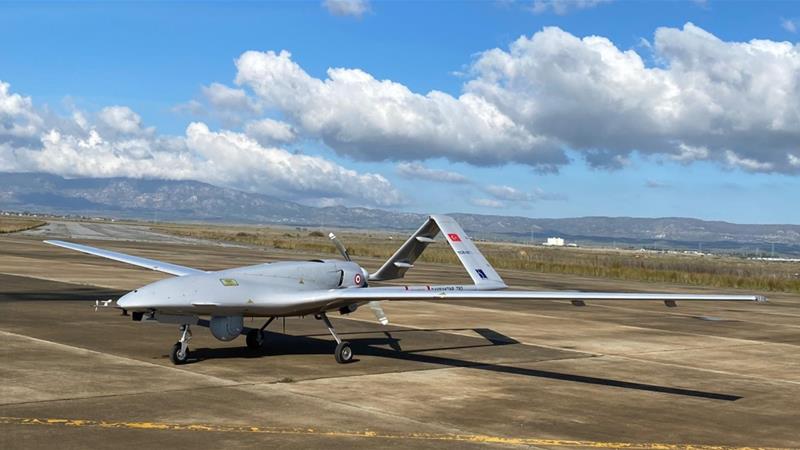 Allegedly launched in retaliation for an attack that killed 34 Turkish soldiers, the Turkish air offensive over Syria did not use manned aircraft but fleets of unmanned aerial vehicles, more commonly known as UAVs or drones.

Military drones have been used for decades as ISR (intelligence, surveillance and reconnaissance) and assassination tools, but this is the first major large-scale offensive by one military against another military in an operational-level conflict.

What is their origin? What gives drones the edge over manned aircraft in certain types of missions, and why is Turkey suddenly excelling at them?

Why are they useful?

UAV designs have rapidly multiplied and matured as developments in technology allow militaries and intelligence agencies around the world think up new ways to use them. However, the designs share some basic similarities.

They are essentially CCTV cameras in the sky, crammed with high-resolution optics, data links, radars and laser-guidance systems.

Slow flying, their lack of speed is an advantage as they are able to loiter, often at high altitude over a target, watching it ceaselessly for hours, if not days.

This is especially effective in remote areas where noisy jet aircraft or the sudden appearance of strangers would be quickly noticed. 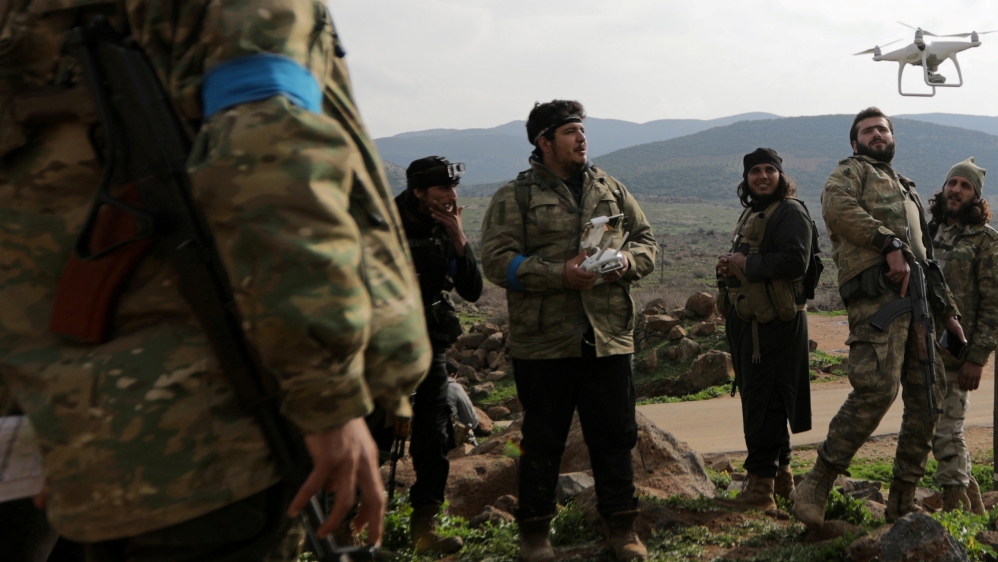 The remote operators, piloting the drones from a distance, can be swapped out when fatigued. Military and intelligence personnel, senior politicians, and legal advisors can gather in the same room as the pilot, debating and deciding whether to destroy the observed target.

This is a far different decision-making process from the snap judgement of a conventional pilot flying at several hundred kilometres an hour in hostile territory on a combat mission.

There is also a logical progression to arming drones. Often, targets would be spotted by surveillance UAVs but by the time the information was fed back, a decision made and another asset, say a jet or cruise missile launched, the opportunity was lost.

In 2000, the US military spotted Osama bin Laden in Afghanistan but was unable to kill him as the drone, an early version of the Predator, was unarmed. Very quickly, it was realised that an armed UAV could not only survey and help find a potential enemy – but also destroy them.

Turkey’s long-standing campaign against the Kurdish PKK (Kurdistan Workers Party) has mainly operated in the sort of remote mountainous terrain that insurgents tend to favour, with middling results.

Having watched the US run its air campaign over Pakistan, effectively targeting fighters in just that kind of terrain with some degree of success, Turkey’s military could easily see how this technology could be applied to their use.

The US, hesitant to share or sell cutting edge technology even to its allies, demurred, offering only basic unarmed drones and Turkey began to look elsewhere.

Israel, with its drone industry maturing rapidly, was an initial option and a small number of its Heron UAVs were bought but Turkey realised that if it wanted to maintain control both of technology and the intelligence it produced it was going to have to manufacture them. 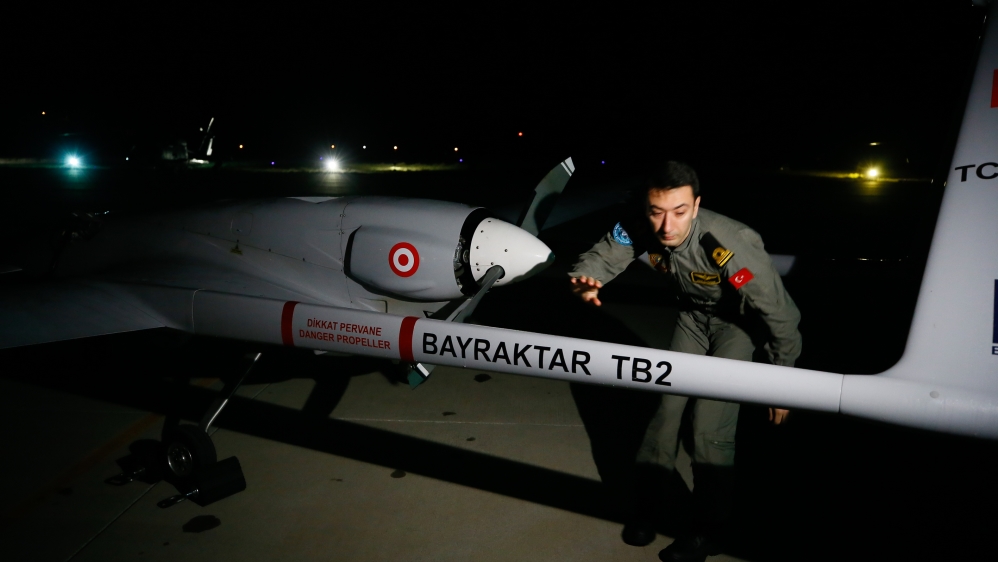 Enter Selcuk Bayraktar, considered by many in Turkey to be the grandfather of Turkish drone technology.

Already a successful postgraduate student at the University of Pennsylvania, in 2004 Barayktar co-wrote a paper on how to control and group multiple drones and how they would act operating together.

He abandoned his PhD thesis in the US, preferring to return to Turkey to set up his own company, Baykar Technologies, manufacturing drones for the Turkish military.

Turkey was looking to develop its own UAV programme, the US was reticent about selling their own technology to Turkey and Turkey’s campaign against the Kurds had reached an impasse.

This gave Bayraktar the opportunity to pitch for domestically made armed drones that could eventually be decisive in the conflict with Kurdish armed groups.

The Bayraktar TB2 UAV, armed with a range of some 150 kilometres, was ideally suited for the Turkish military and rapidly gained prominence in successful counterinsurgency operations against the PKK.

More importantly, the Turkish military was able to test combined, UAV/artillery tactics later in Syria against the Kurdish YPG, or People’s Protection Units, in Afrin near the Turkish border. These tactics would later be used in the skies over Idlib.

Responding sharply to an air raid on a Turkish mechanised unit near Idlib city that killed 34 Turkish soldiers, the Turkish military deployed dozens of drones in a coordinated series of attacks on Syrian vehicles and positions.

Not only the Barayktar TB-2s were used but also the newer UCAV (or unmanned combat aerial vehicle). The heavier, armed, satellite-linked ANKA-S saw its operational debut in the battle over Idlib. Both drones were used in several ways:

These tactics devastated Syrian government forces as they tried in vain to concentrate their firepower and advance, giving the relatively lightly armed Turkish-backed rebels on the ground a significant advantage.

While these weapons have been used in innovative ways over Idlib, they’re not invulnerable. They are relatively slow moving and can be shot down by a well-armed opponent as they have been in Syria, when three ANKA-S drones were downed by Syrian air defence and shoulder-launched weapons.

Turkey is also not the only country fielding armed drones. China has been producing its relatively cheap (one million dollars) armed UCAV, the Wing Loong 2, which has seen service in Libya, operated by allies of the Libyan National Army, commanded by renegade general Khalifa Haftar.

So far, the Chinese drone has outperformed its Turkish rival the TB-2, the latter being destroyed on the ground as Chinese drones, operated by the UAE and Saudi Arabia, attack airfields controlled by the Tripoli-based Government of National Accord (GNA).

Despite some inevitable reverses, Turkey’s drone industry is rapidly expanding with new orders of the ANKA-S being readied as the Turkish Air force seeks to replace its losses.

Success in war is usually good for business and proven systems are always popular. Twelve TB-2s have been sold to Ukraine and a further six were purchased by Qatar.

Both the Baraytar and ANKA-S have proven themselves in combat, ranging from counterinsurgency to industrial warfare on the conventional battlefield, with other models ranging from supersonic UCAVs to smaller “kamikaze” drones being developed.

What has enhanced these cheap, efficient UCAVs are the innovative tactics being used and perfected by the Turkish armed forces – in the age-old race to use new weapons in new ways – maximising their potential to apply decisive force on the modern battlefield. 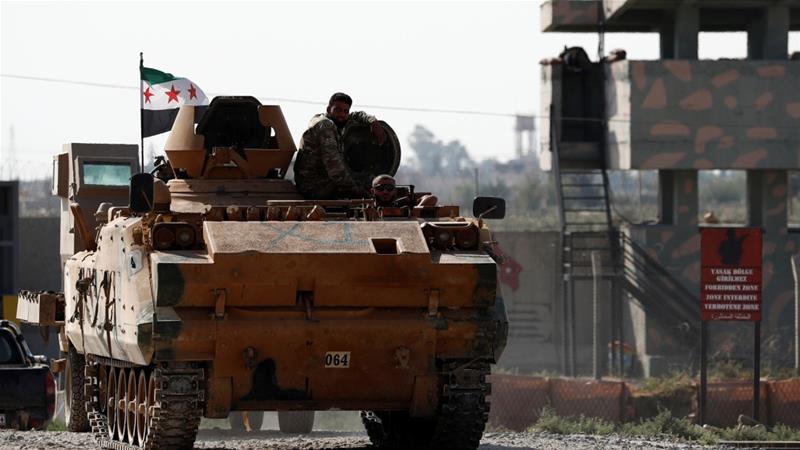