Justin Trudeau pauses over Trump's response to US protests

US President Joe Biden and Mr Trudeau held a virtual meeting this week as the White House announced the pair will be launching a new joint initiative called ‘the US-Canada Partnership Roadmap’. It was Mr Biden’s first meeting with a foreign counterpart since he was sworn into office as President. He praised the neighbouring country, saying: “The United States has no closer friend, no closer friend, than Canada.”

Mr Trudeau also said: “US leadership has been sorely missed over the past years.

“And I have to say as we were preparing the joint rollout of the communique on this, it’s nice when the Americans are not pulling out all the references to climate change and instead adding them in.”

Relations were less stable between Canada and the US prior to Mr Biden’s inauguration, even though the two countries share the world’s longest land border.

Mr Biden’s predecessor, Donald Trump, once called Mr Truedau “two-faced” after he was caught laughing with other world leaders about one of the property tycoon’s new conferences.

Mr Biden and Mr Trudeau also have a strong working relationship which stretches back to the President’s time working as a key player in the Obama administration. 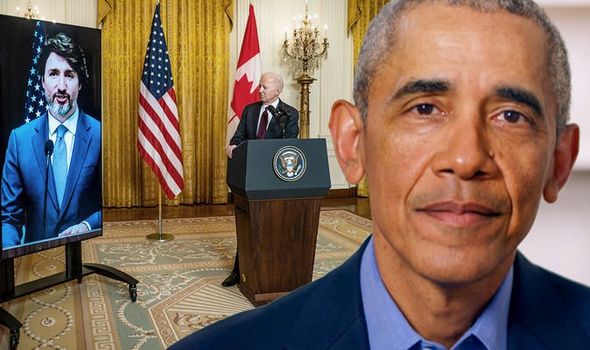 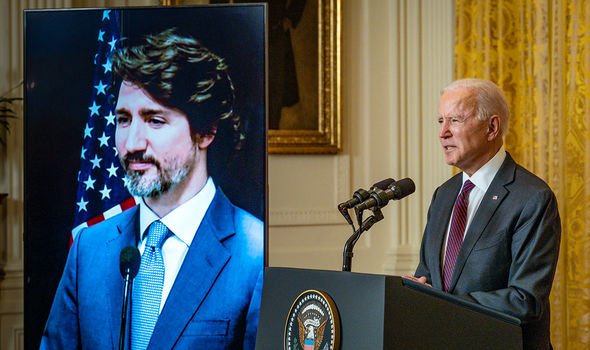 However, the move reportedly ruffled some feathers in the Oval Office.

Candian outlet, National Observer, claimed Mr Obama had asked Mr Biden where he was going as he was preparing to leave the White House and head to Ottawa.

The report claimed Mr Biden “replied opaquely” that he was going to a state dinner.

Mr Obama allegedly then said: “Where the hell are you going?”

When he heard his Vice President was headed to Canada, “Obama seemed piqued”.

The report claims the then President asked: “Who invited you?” 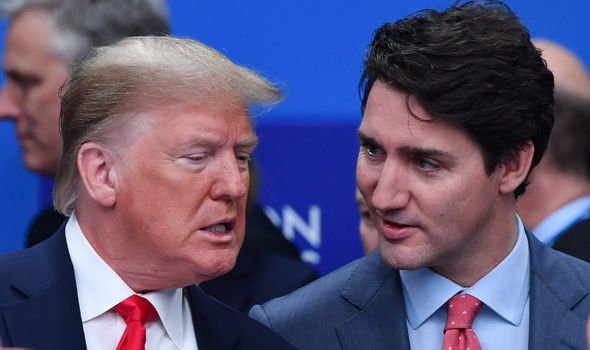 Mr Biden was a “bit suspicious” himself over how Mr Obama had chosen to send him out of the US when Mr Trudeau visited Washington for a state dinner in March 2016.

When retelling this story during his Ottawa visit, Mr Biden joked: “I think he was worried you’d like me more than you like him.”

The meal between Mr Trudeau and Mr Obama was also significant as it was the first US state dinner for a Canadian Prime Minister since 1997.

Mr Obama also made a toast to “the friendship between Americans and Canadians” at the time.

But, recalling the occasion later that same year, Mr Biden continued: “He [Obama] doesn’t send me a lot to Canada or France or England.

“I mean, I won’t say where he sends me but you can guess.

“And I happened to be in the UAE, Jordan, Iraq and on the way to Egypt when you were having dinner with the President.” 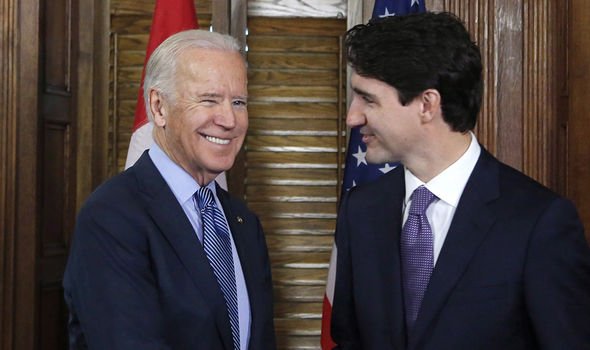 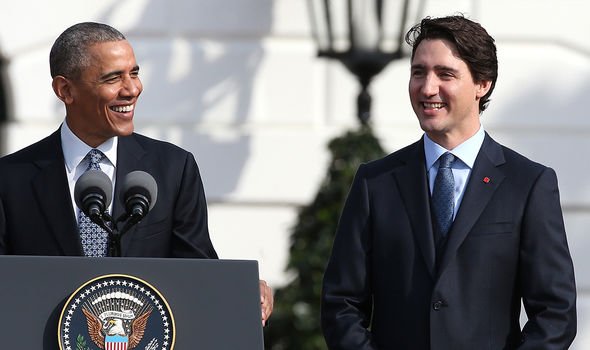 Mr Trudeau and Mr Biden also discussed action on climate change during the December 2016 visit — a topic they picked up again this week.

Speaking as the outgoing Vice President, Mr Biden said: “Whatever uncertainty exists around the near term policy choices of the next President I am absolutely confident the United States will continue making progress in its path to a low carbon future.”

Indeed, one of Mr Biden’s first acts as President just last month was to rejoin the Paris Climate Accord, the international agreement which aims to tackle the climate crisis.

Mr Trudeau and Mr Biden have had a handful of disagreements, though.

Last month, the Canadian Prime Minister expressed his “disappointment” when Mr Biden cancelled the contentious 1,210-mile pipeline that would stretch from Alberta to Nebraska after Mr Trump had given it the thumbs up.

Mr Trudeau will also want security for US trade with Canada as Mr Biden has promised to prioritise American producers. 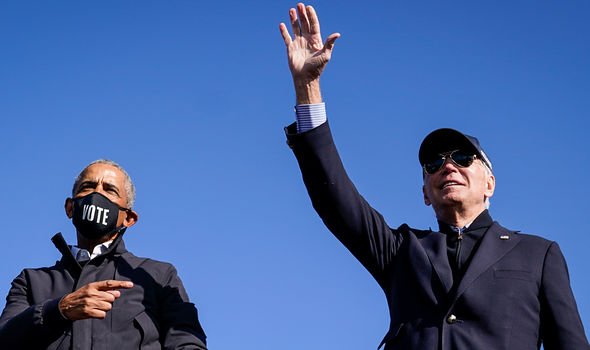 Director of the McGill Institute in Canada, Daniel Beland, told Al Jazeera: “We have to be diplomatic because we realise that if the relationship between the two countries is spoiled… it can be really costly.

“In times of a pandemic like this, we really need to collaborate with the US on issues of border control and public health, but especially on economic issues.”

While it’s unclear if Mr Obama was truly concerned about the friendship between Mr Trudeau and Mr Biden, the former President did try to hold back his right-hand man from running in the 2016 elections as his replacement.

Writing in The New York Times, journalist Glenn Thrush claimed: “Mr Obama, for his part, took a long time to warm to Mr Biden, and kept him at arms’ length and on a leash in the early days.

“Up until earlier this year [2019], he suggested Mr Biden would be better off sticking with his vague promise, made during the audition for the vice presidency, that his short-lived 2008 presidential campaign would be his last.”

However, Mr Obama “driven by affection and loyalty” ended up being one of Mr Biden’s most vocal supporters when he was campaigning in the run-up to the November presidential elections.