SYDNEY (Reuters) – Greg Butler was rushed to hospital with COVID-19 within days of getting home to self-isolate after being allowed off the Ruby Princess cruise liner in Sydney, one of more than 130 passengers who tested positive in Australia’s worst coronavirus outbreak. 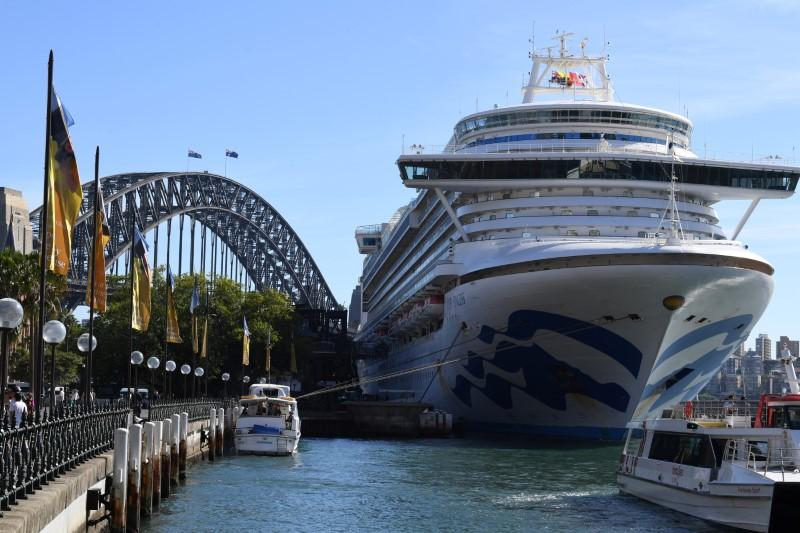 One of them, a woman, died earlier this week.

The 56-year-old Butler had been holidaying with his partner, Robin Russ, who remains in isolation.

“I tested negative and he tested positive,” Russ said over the telephone from the apartment they moved to for quarantine.

After disembarking at Sydney Harbour on March 19, the couple journeyed home – including on public transport – to the town of Tamworth, some 400 km (250 miles) north.

Butler developed a “funny cough” the next day and soon tested positive, said Russ. Days later he fainted and was taken to hospital by ambulance.

Health authorities had classed the Ruby Princess as low risk, given it had sailed from Sydney to New Zealand, and the Border Force issued a notice instructing the 2,700 passengers that they could travel home in the normal manner, but should self-isolate for 14 days.

Like the Diamond Princess, the liner held in quarantine off Japan last month, and the Grand Princess which was denied entry to its home port of California earlier this month, the Ruby Princess is owned by a unit of Carnival Corp, the world’s largest cruise operator.

The incident has sparked outrage among Australians who have questioned why those on board were permitted to disembark, and federal and state officials have clashed over who is to blame.

“If we had known we would not have gotten off the boat,” said Russ. “Why would they let you off and put so many lives in jeopardy? People have gone all over the world.”

“People are saying ‘we hope you die’,” she said.

According to Russ, passengers saw a woman being carried out by stretcher from the Ruby Princess before dawn on March 19.

“That’s when we all started panicking,” she said.

Passengers who spoke to Reuters said they were suspicious about the speed they were rushed off the ship, with “no checks” of bags or passports by officials.

Princess Cruises parent company Carnival Australia said in a statement on Wednesday it complied with protocols and it was most likely “the illness was introduced unwittingly to the ship following embarkation in Sydney”, on March 8.

After stepping off the Ruby Princess, Butler and Russ traveled on public transport to Sydney’s Central station where they took a train to the coastal town of Tuggerah and then completed their journey by car.

Another couple who flew from Sydney to Darwin have since tested positive for coronavirus, while an American woman and her husband caught a flight to San Francisco.

On Wednesday, Australia’s Border Force Commissioner said the New South Wales (NSW) health department bore responsibility, and that it had been notified by the ship’s doctor of 13 passengers with flu-like symptoms who had been isolated.

The state health department said the passengers were allowed off because it had been assessed as “low risk” and tests conducted in New Zealand returned negative for COVID-19.

“THEY GOT US OFF THAT SHIP SO FAST”

Sitting in her cabin, Janet Dixon-Hughes, traveling with her 95-year-old mother and daughter, was apprehensive about returning to Sydney where shoppers were panic buying food and toilet paper.

“We felt safe on the ship. We thought there was no sickness,” she said.

Dixon-Hughes said passengers weren’t told of any illness, but the night before docking were informed their arrival would be moved forward to 2 a.m. When her family arrived at the gangway at 9.10am, she said they were hurried off with no checks.

“We were running to keep up with the guy who had Mum in a wheelchair. Out the door and on the street waiting for a cab was six to eight minutes. They got us off that ship so fast,” she said.

Now in isolation, Dixon-Hughes is angry that passengers were not told about the suspected cases, and also at the lack of screening on arrival.

“The company had a terrible experience with the Diamond Princess,” she said. “They should never have sailed. They knew the risks. The average age on the cruise was 70.” 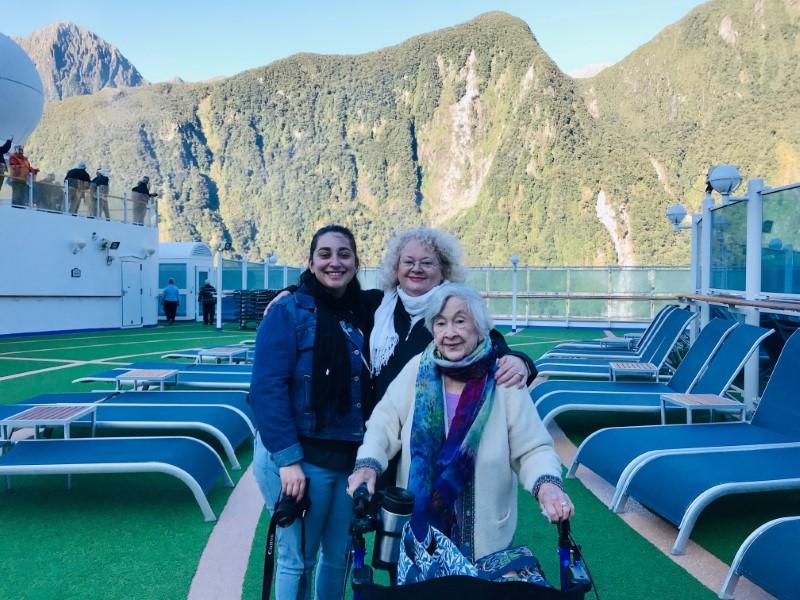 Carnival Australia said in its statement: “It now appears clear that when Ruby Princess began its cruise on March 8 in Sydney, the incidence of COVID-19 in the general community was higher than might have been apparent at the time.

“Based on our own experience and on knowledge of the behavior of the virus, the most likely explanation is that, in such a dynamic and rapidly evolving environment, the illness was introduced unwittingly to the ship following embarkation in Sydney. This would help to explain the subsequent identification of positive cases.”

Carnival Australia, along with other cruise operators, has suspended cruise operations and has supported government arrangements “to immediately bring Australian-based cruise ships back to Australian ports for the disembarkation of passengers.”