Owain Wyn Evans does the weather with feet in ice bucket

Australians living on the Exmouth Gulf coast and areas of the Gascoyne Coast have been warned to “take action and stay safe” in preparation for Cyclone Seroja to hit later this weekend. Emergency services have said there is a possible threat to lives and homes in parts of the country.

Authorities have warned that houses could be damaged due to properties not being designed to withstand the power of cyclones.

Forecasters have also warned that Cyclone Odette is said to be bringing “strong to gale force” winds.

Emergency Services Minister Fran Logan told ABC: “This is a very serious situation. The potential for widespread devastation is high.

“We hope that we can get through these next few days without loss of life and without serious property damage.

READ MORE – Expats: Top 10 most popular countries for Britons to relocate to named 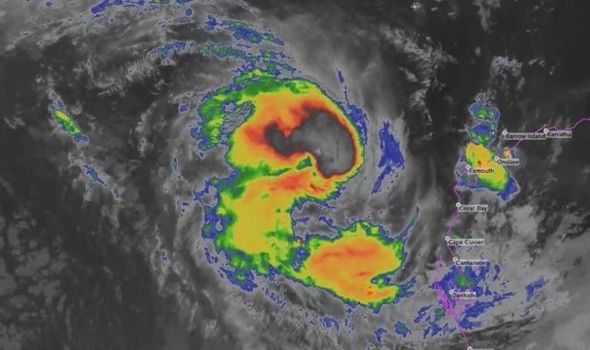 “We need to work on the basis of worst case scenario.”

She also explained that cyclonic winds had not been seen in the region for decades.

He added: “So we have a community that’s not used to cyclones, like our communities in the north-west are.

“We have properties that aren’t built to withstand cyclones.” 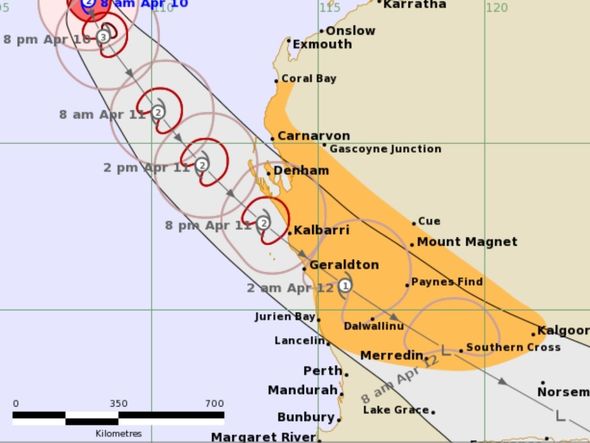 Australia’s Bureau of Meteorology has forecast “destructive winds” and is expecting gusts to reach 93mph with heavy rains.

Cyclone Seroja has been forecast to hit landfall on Sunday between Carnarvon and Jurien Bay.

The weather conditions are expected to change dramatically along Australia’s west coast late on Sunday and early Monday.

Acting DFES commissioner Craig Waters warned the holidaymakers in the affected areas who may not be aware of the risks.

On Friday, he said: “If you’re in a tent or caravan, you are simply not protected against the damaging winds that may hit the region.”