Algerian authorities have detained 36 people after the mob killing and burning of a man wrongly accused of starting wildfires.

The fires began last Monday and have torn through the mountainous Kabyle region, killing at least 47 residents and 28 soldiers, while also destroying olive groves and livestock.

Artist Djamel Ben Ismail, 38, was killed by a crowd of people on Wednesday after being wrongly suspected of starting several of the fires when he had actually come to help, the head of the judicial police said on Sunday. Mohamed Chagor said the crowd was in a “collective hysteria” when it dragged Mr Ben Ismail out of a police station, where he was being protected, and attacked him in the town of Larbaa Nath Irathen, a village ravaged by flames in the Tizi-Ouzou district.

He said police officers decided not to fire warning shots at the mob as they feared they would make the situation worse.

Among those arrested were three women and a man who knifed the victim’s inanimate body before he was burned. 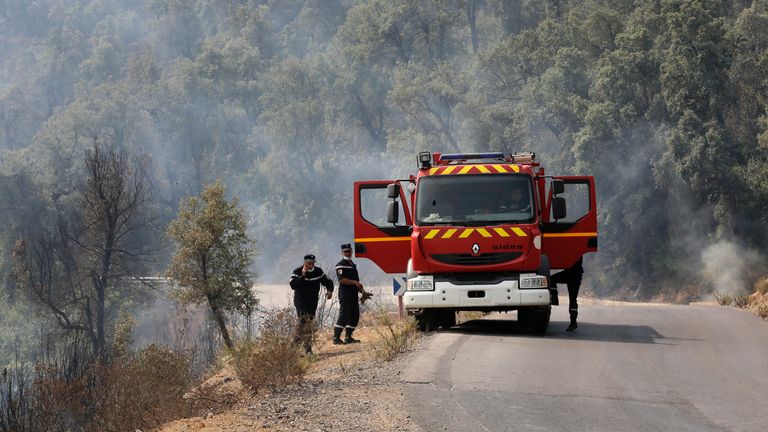 Photos and footage of the incident were posted online, which authorities used to make their arrests.

Mr Ben Ismail was buried the following day in his hometown of Khemis Miliana, west of the Kabyle capital of Tizi-Ouzou.

Algerian President Abdelmadjid Tebboune said authorities suspect a criminal origin behind the blazes even if a heat wave across North Africa “is part of it”.

At least 22 people have been arrested on suspicion of arson, officials have said.