Warren, a liberal senator who won plaudits for her command of policy details, had finished well behind the two front-runners on Tuesday in 14 states, including her home state of Massachusetts, leaving her path to the nomination virtually nonexistent.

Her exit ensures that what was once hailed as the most diverse field of candidates in U.S. history has narrowed to a choice between two white, septuagenarian men.

Warren, who still commands a loyal base of supporters, did not immediately endorse either of her rivals, saying she would decide at a later time whether to do so. She has spoken with both front-runners since Tuesday’s votes.

Biden, a 77-year-old moderate, and Sanders, a 78-year-old liberal from Vermont, have emerged as the standard-bearers for the two major wings of the Democratic Party.

Outside her home in Cambridge, Massachusetts, on Thursday, Warren spoke bluntly about her failure to find a middle ground between the party’s dueling factions.

The vague notion of “electability,” a frequent buzzword on the campaign trail as Democrats prioritized defeating Republican President Donald Trump over all other concerns, seemed especially damaging for Warren and other non-white male candidates.

“The general narrative was that the women might be too risky, and I think there were people who heard that enough that it started showing up in polling … and becomes a vicious cycle that was hard to break out of,” said Christina Reynolds, vice president of communications at EMILY’s List, which works to elect women supporting abortion rights and had endorsed Warren.

Asked on Thursday about the role that gender played in the campaign, Warren said it was a tricky issue for female candidates to address.

“That is the trap question for every woman,” she said. “If you say, ‘Yeah, there was sexism in this race,’ everyone says, ‘Whiner!’ If you say, ‘No, there was no sexism,’ about a bazillion women say, ‘What planet do you live on?’” 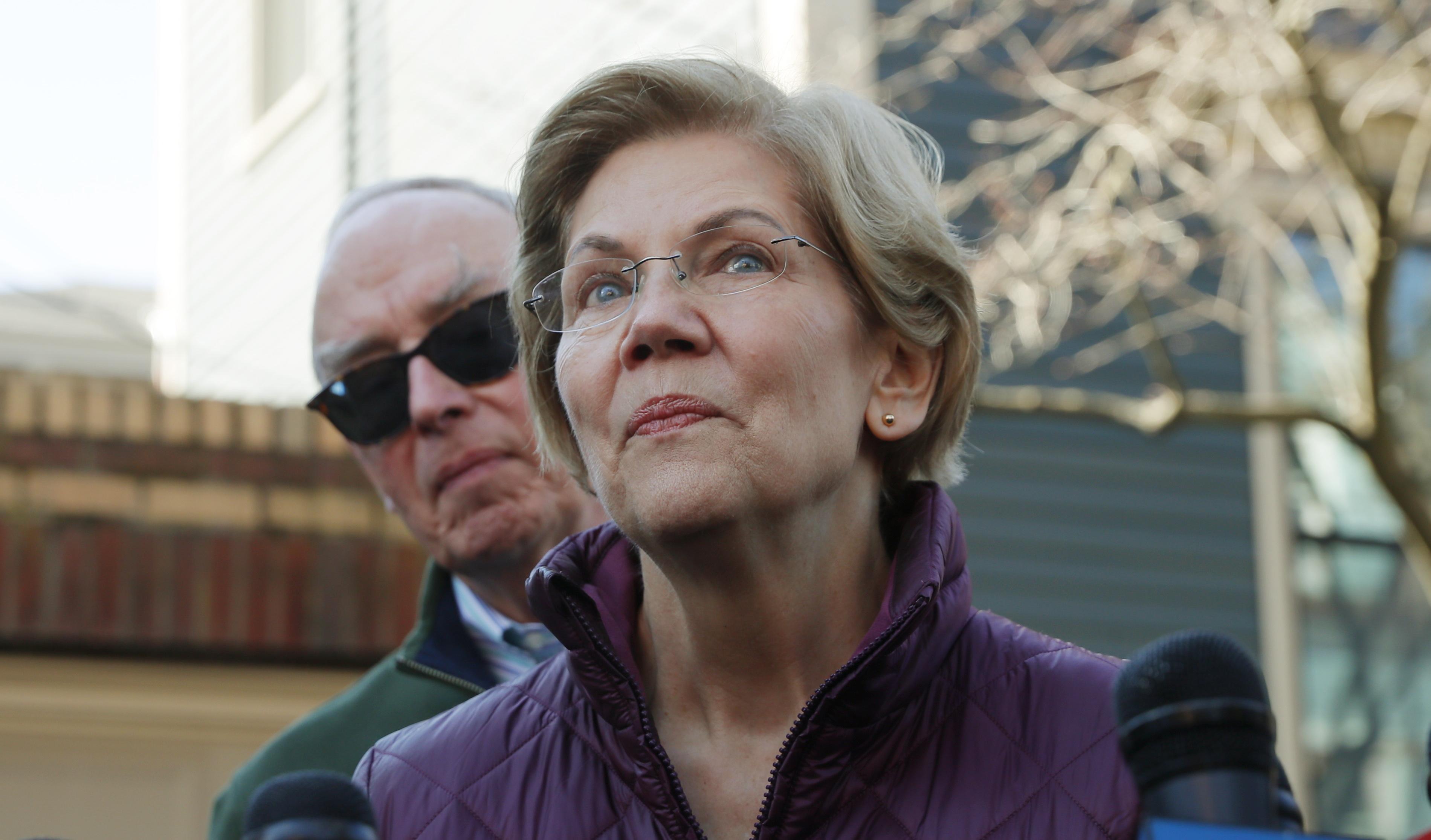 Warren also said one of the hardest parts of leaving the campaign was knowing that millions of little girls would have to wait at least four more years before seeing a woman in the White House.

At her campaign events, Warren was fond of making “pinky promises” with young girls in her trademark selfie lines, telling them she was running for president because “that’s what girls do.”

U.S. Representative Tulsi Gabbard of Hawaii remains in the race, but has repeatedly failed to win even 1% of the vote in primaries.

In Washington, Democratic U.S. House of Representatives Speaker Nancy Pelosi said she believes the country is ready for a woman president but said misogyny still plays a role.

“Every time I get introduced as the most powerful woman or whatever, I almost cry because I think – I wish that were not true,” she said.

Meanwhile, Biden and Sanders continued to step up attacks on each other following Biden’s unexpectedly strong performance on Tuesday.

The back-and-forth between the two contenders signaled a bruising battle to come as the race turns next to six states stretching from Mississippi to Washington state, which hold nominating contests on March 10.

Sanders blamed the “establishment” and corporate interests for his losses in 10 of the 14 states that voted on Tuesday, a charge Biden called “ridiculous.”