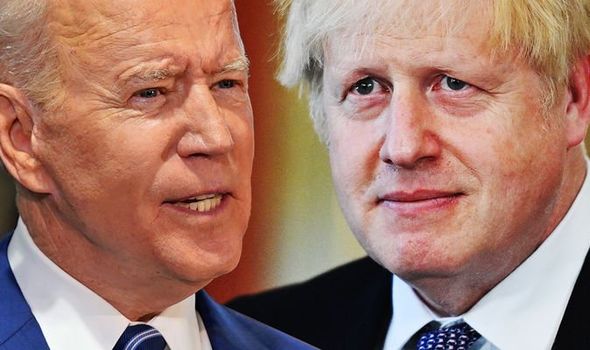 At a head-to-head meeting in Cornwall, the Prime Minister and the US President are expected to pledge to work closely together on a global vaccination plan and efforts to rebuild the global economy and tackle climate change.

Their historic accord is designed to reprise the first Atlantic Charter signed by Winston Churchill and Franklin Roosevelt as a blueprint for recovery from the Second World War.

The new version is expected to be seen as a major step forward in the Prime Minister’s efforts to carve out a new global diplomatic leadership role for “Global Britain” after last year’s exit from the EU.

And in a further sign that that transatlantic alliance remains as strong as ever, the two leaders will also discuss reopening travel links between the UK and the US as soon as possible.

They are expected to establish a task force to work on resuming holidays and business travel as mass Covid vaccination intensifies on both sides of the Atlantic Ocean.

Ahead of his first meeting with Mr Biden, the Prime Minister said last night: “While Churchill and Roosevelt faced the question of how to help the world recover following a devastating war, today we have to reckon with a very different but no less intimidating challenge – how to build back better from the Coronavirus pandemic.

“And as we do so, cooperation between the UK and US, the closest of partners and the greatest of allies, will be crucial for the future of the world’s stability and prosperity.

“The agreements President Biden and I will make today, rooted as they are in our shared values and outlook, will form the foundation of a sustainable global recovery.

“Eighty years ago the US President and British Prime Minister stood together promising a better future. Today we do the same.”

Mr Johnson and President Biden will meet today ahead of the G7 Summit of world leaders starting in Carbis Bay, Cornwall, on Friday.

HMS Prince of Wales, one of the Navy’s two aircraft carriers and the biggest warship built in a British shipyard, will sail off the Cornish coast to provide a fitting backdrop for their talks.

The vessel’s presence has been organised to recall the original Atlantic Charter, which was devised at sea in 1941 on board a Navy battleship bearing the same name and the US heavy cruiser USS Augusta.

Devised in the middle of the Second World War, the first Atlantic Charter included landmark agreements to promote democracy, free trade and increased opportunity for all in the event of a hoped-for Allied victory.

It helped shape the postwar world order including laying the groundwork for the birth of the United Nations and the NATO alliance.

Mr Johnson and President Biden will today inspect historic documents from the wartime negotiations from the Churchill Archive in Cambridge.

Today’s Atlantic Charter has been drafted to reaffirm that the UK and US share the same values.

Officials say the new document will outline eight areas where the Prime Minister and President Biden resolve to work together for the benefit of humanity.

Commitments will include defending democracy, reaffirming the importance of collective security and building a fair and sustainable global trading system. 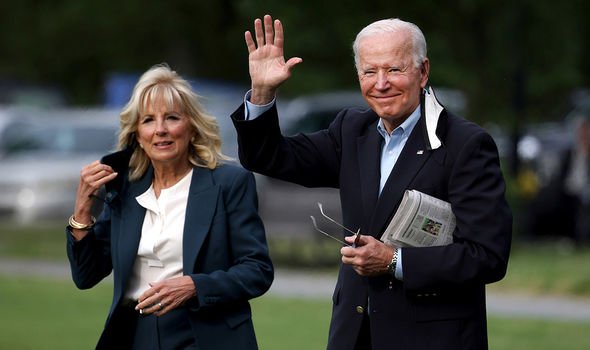 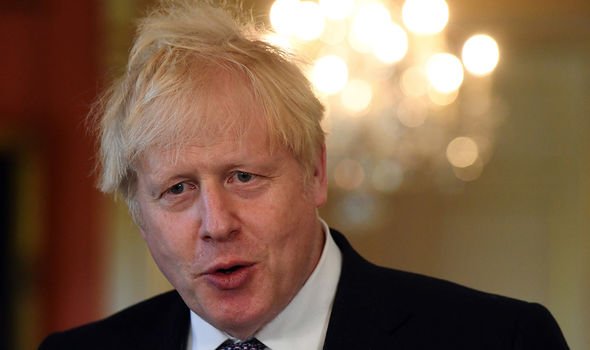 The Prime Minister’s spokesman said: “We’re expecting to agree a new Atlantic Charter. The original Atlantic Charter was a joint statement made by Churchill and FDR in 1941 on their ambitions for the post world war world.

“The modern Atlantic Charter will include commitments from the Prime Minister and President tackling modern issues like global health and climate change.”

Mr Johnson and President Biden are also expected to discuss their ambitions for a post-Brexit trade deal.

Many UK and US citizens have been blocked from seeing family and friends for over 400 days as a result of Covid travel restrictions.

The taskforce will work to explore options for opening up travel links safely.

Transatlantic travel is seen as vital for the UK economy.

In the last month US companies including Liberty Global, Kraft Heinz and Innova Medical Group have announced new investments in the UK worth over £10 billion which will create over 2,000 jobs.

During their meeting today the Prime Minister and President will discuss ways of further enhancing our economic relationship, including through a resolution to a long-running international dispute about subsidies in the civil aviation industry.

They are also expected that the leaders will agree to pursue a landmark bilateral technology agreement to be signed next year.

The agreement will start a new era of strategic cooperation by reducing the barriers British tech firms face when trying to work with their US counterparts in areas such as artificial intelligence and quantum technology.

The two leaders are also expected to agree to work together to address other challenges including climate change, cancer and antimicrobial resistance.

To strengthen UK and US efforts to beat the coronavirus pandemic and prevent any future outbreaks, the two leaders are expected to agree to intensify joint work on genomic sequencing and variant assessments.

The UK’s Health Security Agency’s new Centre for Pandemic Preparedness is expected to link with its US counterpart, the proposed National Center for Epidemic Forecasting and Outbreak Analytics, as part of an integrated global surveillance system.

The two leaders will also discuss strengthening the UK-US links on security and defence.