Ursula von der Leyen called to ‘step down’ by MEP

Green campaigners accused the European Commission President of failing to lead by example, despite ordering member states to be carbon neutral by 2050. The top EU official told bloc nations to “practise sustainability” for her European Green Deal. But analysis found she used air taxis on seven of 18 trips since December 2019. Commission data revealed several could have been made by train.

EU rules allow the use of private planes only “when no commercial alternatives can be found to fit agenda or security constraints”.

The Daily Express can reveal President von der Leyen spent almost £20,000 chartering jets, including a hop over the Channel for a speech at the London School of Economics before she met Boris Johnson.

The same journey between Brussels and London is just two hours by train.

A plane was also used to take Mrs von der Leyen, above, David Sassoli, president of the EU Parliament, and Charles Michel, president of the European Council, from the Belgian capital to Paris. They were visiting the former home of Jean Monnet, one of the bloc’s founding fathers. 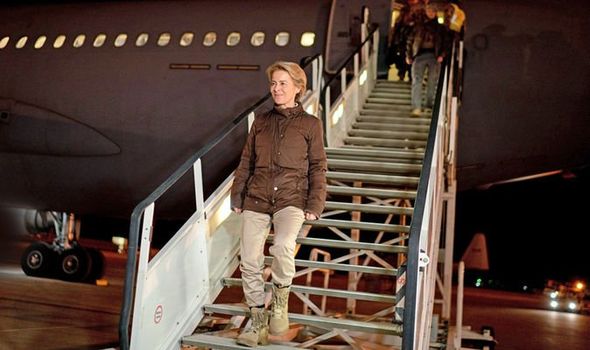 The trio used the away day to discuss the future of the EU – but could have gone by train in 90 minutes.

A jet also took Mrs von der Leyen to Berlin before she visited the World Economic Forum in Switzerland and a Holocaust memorial in Israel.

On other occasions, she hired jets for an African Union summit in Ethiopia, migration talks on the Greek-Turkish border, a meeting in Croatia and a Madrid ceremony. 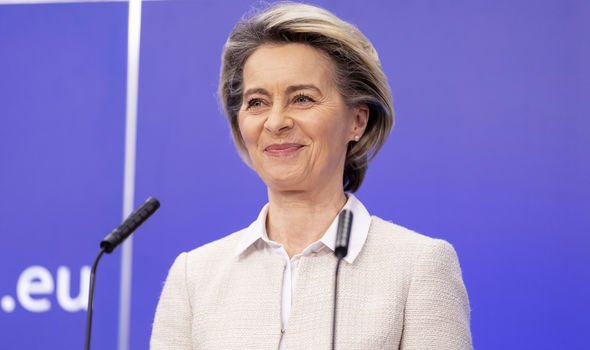 Green Party MEP Ciarán Cuffe, who is on the EU’s transport committee, said: “I’d encourage her to take the train and use scheduled flights on longer journeys where she can, to reduce her own carbon footprint.”

Greenpeace’s John Hyland added: “Politicians everywhere have a responsibility to back policies that cut pollution, and to set an example too.”

Mrs von der Leyen’s spokesman said her travel choice is based on a match between availability “and an amazingly busy schedule – this can imply the use of chartered flights”.

Private jets are said to emit up to 20 times more carbon dioxide than commercial flights, per passenger mile.