WASHINGTON (Reuters) – Democrats in the U.S. House of Representatives on Wednesday unveiled a broad package of proposals to help Americans affected by the coronavirus outbreak, while officials suspended public tours through the Capitol building. 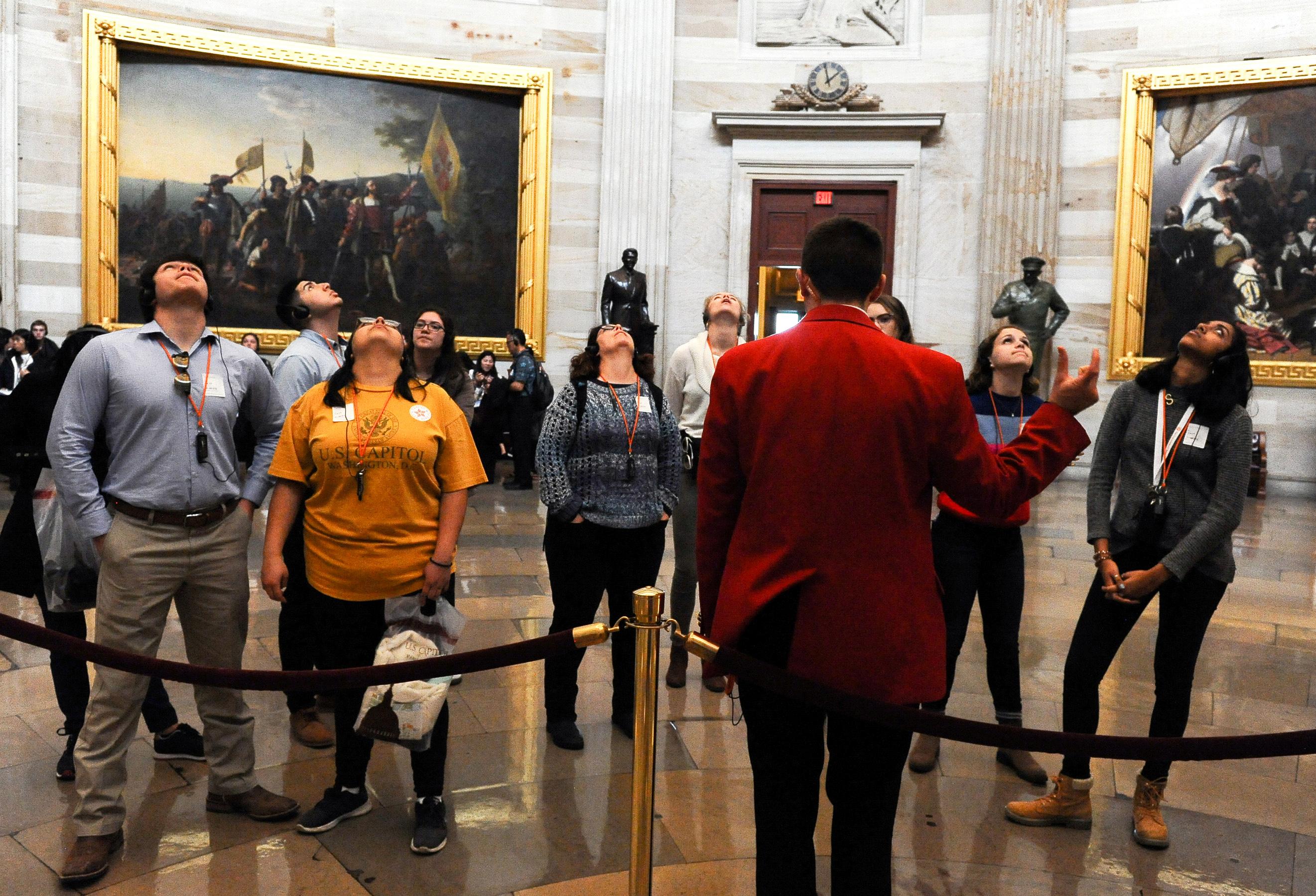 The legislation, which Democratic leaders aimed to rush to the House floor for debate and passage on Thursday, would grant workers 14 days of paid sick leave and up to three months of paid family and medical leave, a summary of the bill shows.

Other provisions in the 124-page “Families First Coronavirus Response Act” introduced late on Wednesday include unemployment insurance to furloughed workers and hundreds of millions of dollars in additional funding for children’s, seniors’ and other federal nutrition programs.

An additional $500 million would be provided to help feed low-income pregnant women or mothers with young children who lose their jobs or are laid off because of the virus outbreak.

The legislation also would guarantee free coronavirus testing for anyone who requires it, including uninsured people.

Democrats introduced the measure as President Donald Trump announced he would suspend travel for Europe to the United States in his latest bid to contain the coronavirus.

Meanwhile, a Capitol official confirmed that the spreading coronavirus prompted a decision to temporarily stop tourist visits, although the landmark building will remain open for legislative business.

The tours would be suspended through the end of March, a congressional official said, adding it was not yet clear when the suspensions would start.

An estimated 3 million visitors stream through the Capitol annually.

After a closed-door meeting with fellow Democrats earlier on Wednesday, House Speaker Nancy Pelosi said she hoped legislation to help Americans navigate through the coronavirus crisis would win the backing of the Trump administration.

“This vote tomorrow is going to be an act of confidence that … we’re acting on a national health emergency,” House Ways and Means Committee Chairman Richard Neal said.

Neal said that on Tuesday he spoke with Treasury Secretary Steven Mnuchin and “he surely seemed supportive of the positions I had taken.”

Pelosi, the top Democrat in Congress, has also been talking to Mnuchin.

Democrats have refused to back Trump’s call for at least temporarily suspending the payroll tax as a way of helping families get through the coronavirus crisis. They have argued that the proposal is too broad and would not be the most effective way of helping Americans.

If passed by the House and Senate and approved by Trump, the House’s bill would result in “billions” of dollars of federal funds being dispensed, House Majority Leader Steny Hoyer said.

The additional emergency funds would come on top of the $8.3 billion pledged in a bill enacted last week to help develop a coronavirus vaccine, accelerate the provision of medical supplies and test kits across the United States that are in short supply and help foreign countries control the spread of the highly contagious virus, which causes the sometimes fatal respiratory illness COVID-19.

House Democrats hope to pass this second coronavirus bill through Congress before it begins a scheduled recess at the end of this week. Additional bills could follow later, lawmakers said.

Its fate in the Republican-led Senate was unclear.

The number of U.S. coronavirus cases has risen steadily and has affected almost three-quarters of U.S. states. More than 1,000 cases and 32 deaths have been reported.

Even before the decision limiting access to the Capitol, the number of visits was falling, said Democratic Representative Donna Shalala, ex-President Bill Clinton’s secretary of health.