WASHINGTON (Reuters) – President Donald Trump on Thursday said he would withhold money from so-called sanctuary jurisdictions after a U.S. court ruled that his administration could block federal law enforcement funds to states and cities that do not cooperate with federal immigration authorities. 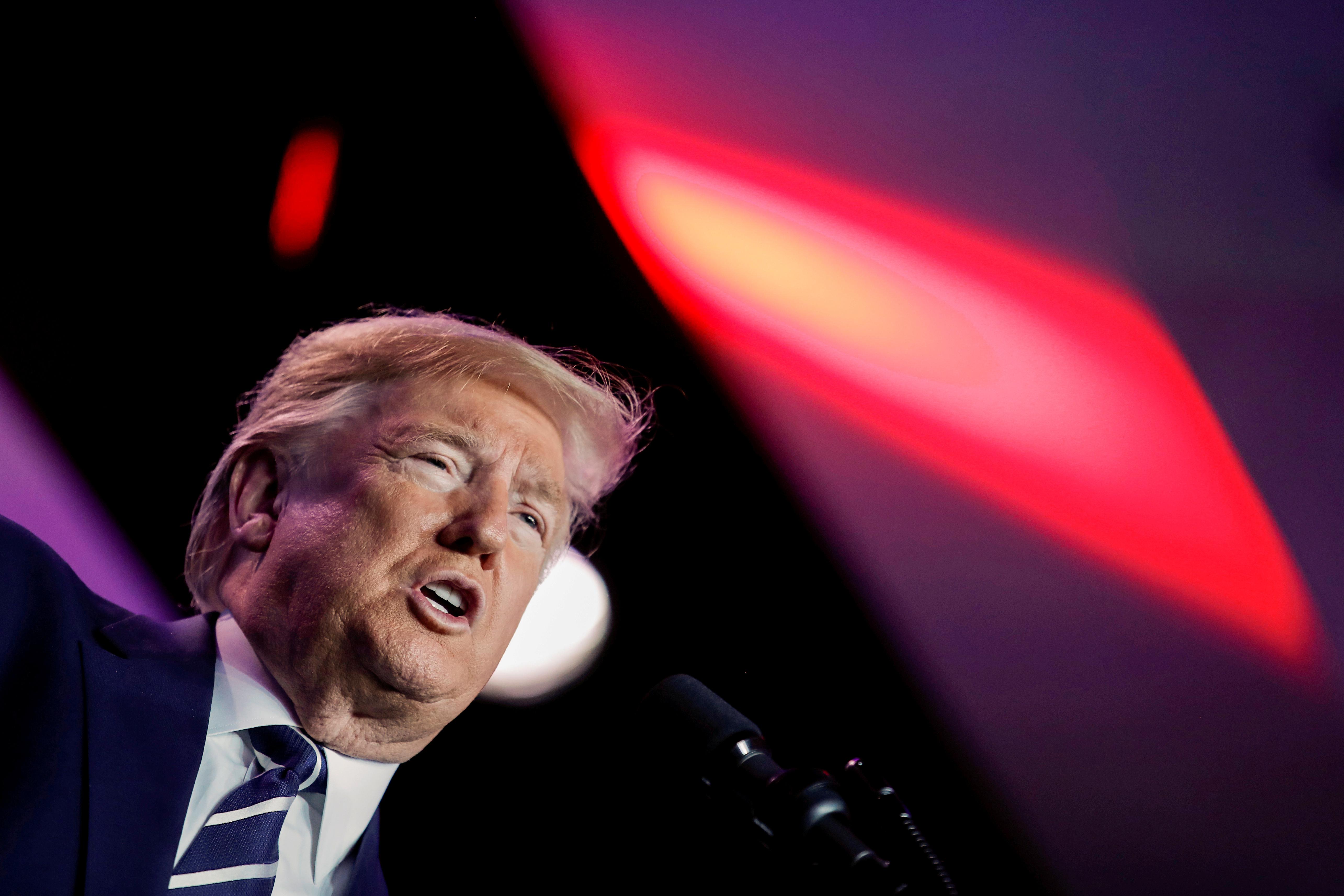 The Republican president, who is seeking re-election in the Nov. 3 election, has taken a hardline stance toward legal and illegal immigration. His battle against Democratic-led “sanctuary” jurisdictions focuses on laws and policies that limit local law enforcement cooperation with federal U.S. Immigration and Customs Enforcement (ICE) officials.

Cities and states that oppose such cooperation say it can discourage immigrants from coming forward to report crimes to law enforcement because of fears about their immigration status.

Since the beginning of his administration Trump has tried to slash specific law enforcement grants to places that don’t comply with ICE requests for information, but his efforts have been challenged in court.

On Feb. 26, the 2nd U.S. Circuit Court of Appeals in Manhattan ruled in favor of the administration and said the funding cuts were valid. But three other federal appeals courts have ruled against blocking such funds, setting up a possible appeal to the U.S. Supreme Court.

Trump in a tweet said it would move forward with the cuts.

“As per recent Federal Court ruling, the Federal Government will be withholding funds from Sanctuary Cities. They should change their status and go non-Sanctuary. Do not protect criminals!” Trump tweeted on Thursday, although he gave no other details.

One such “sanctuary” policy opposed by the administration is a refusal by local jails to hold immigrants in the country illegally in detention beyond their scheduled release times so ICE officials can pick them up and process them for deportation.

Some officials in non-cooperative jurisdictions argue the requests are voluntary and honoring such “detainer” requests means holding people without a constitutionally valid reason.

Three federal appeals courts in Chicago, Philadelphia and San Francisco have upheld injunctions barring enforcement of at least some of the administration’s conditions on the funds.

In addition to the funding threats, the administration is now opening up new fronts in the battle against the cities, filing lawsuits and issuing subpoenas in what Attorney General William Barr called part of a “significant escalation” in the fight against uncooperative jurisdictions.