Downing Street confirmed earlier today Prime Minister Boris Johnson is hoping to agree a 15-year transition to a zero-tariff, zero-quota trade pact with Australia, despite some concerns on how this will impact UK farmers. The deal could be a huge economic boost to post-Brexit Britain and could pave the way for further deals with other countries such as the US, New Zealand and Canada. These countries have the same potential as Australia as their typical livestock farm sizes are much larger than those in the UK.

Mr Johnson also said today free trade with the rest of the world should be seen as an opportunity rather than a threat.

It comes after fears a potential post-Brexit free trade deal with Australia could come at the cost of homegrown meat products.

Speaking in Portsmouth where he was visiting the Queen Elizabeth aircraft carrier, Mr Johnson said: “We are certainly looking at doing free trade deals with countries around the world and I’m here on this incredible aircraft carrier, which is really a symbol of the way we want to do things

“We see a global future for this country. 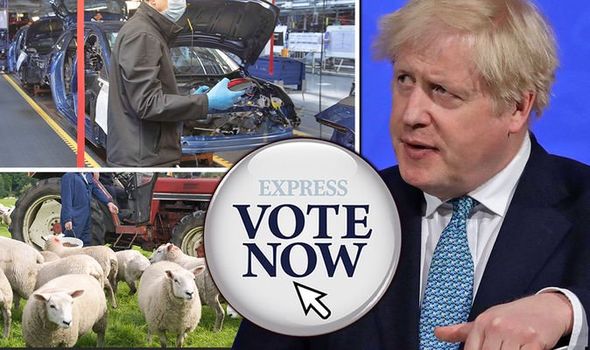 “I do think that free trade deals present a fantastic opportunity for our farmers, for businesses of all kinds and for manufacturers.

“I think it is vital that as a great historic free-trading nation that grew to prosperity thanks to free trade and thanks indeed to the Royal Navy, that we see these new openings not as threats but as opportunities.”

Following the Prime Minister’s words, should Trade Secretary Liz Truss get tough in talks with Australia and use the UK’s leverage as an economy twice the size?

Ms Truss has said she wants an agreement in principle with Australia as early as June.

But Environment Secretary George Eustice warned this could leave British farmers vulnerable to competition from beef and lamb producers in Australia.

He added that quotas could be used to protect them.

However, Justice Secretary Robert Buckland said earlier today he could give reassurances to British farmers that free trade was not being put ahead of the agricultural sector in the prospective deal with Australia.

He told BBC Radio 4’s Today programme: “Of course I can. 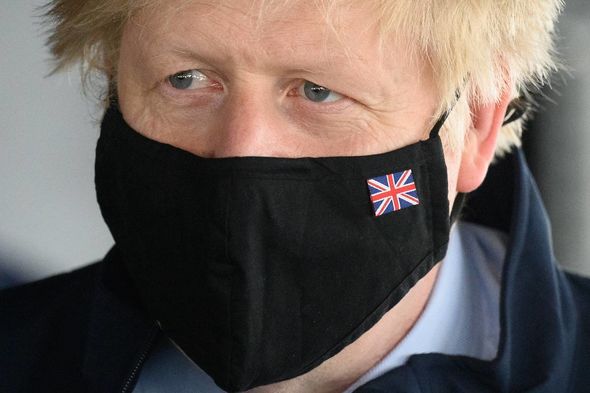 “The Government has always said that any free trade agreement reached with Australia or indeed other countries around the world… will of course take into account the very high welfare standards we apply here in the UK and will of course make sure British farming and British farmers are not undercut, are not put at a disadvantage, bearing in mind the quality and excellence of the products which are made here in the UK.

“That is at the heart of our trade policy and that will be adhered to in respect to both Australia and indeed other trade deals that will be looming over the horizon in the months and years ahead.”

Downing Street also insisted farmers would be protected in any deal with Australia.

The Prime Minister’s official spokesman said: “Any agreement would include protections for our agriculture industry and won’t undercut UK farmers. 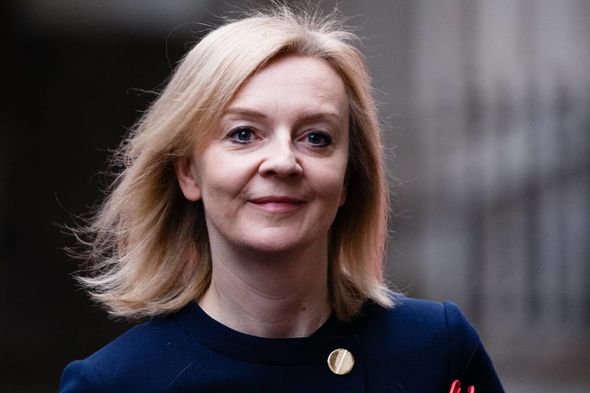 “We want a deal that is good for the British public and any agreement would have protection for the agriculture industry.”

Should Liz Truss threaten to walk away from the Australia deal if protection for UK farmers is not secured?

The National Farmers’ Union said there were fears post-Brexit trade deals offering full access to the UK market to producers in other countries could cause “irreversible damage” to UK farming.

Edwin Poots, the leader of the Democratic Unionist party, who is agriculture minister in Northern Ireland’s devolved administration, also wrote to Mr Eustice to share his concern over the deal with Australia.

He said: “The prospect of such a deal presents a high level of risk to Northern Ireland and UK farmers.

“Therefore I believe that the UK should maintain tariff protection at present levels for all agricultural products where the UK has a significant production interest.”

Mr Eustice suggested that zero tariffs could only apply to a specified quota of beef or lamb imports, so that protections could be in place if there was a surge in imports.

However, Australia hinted this would not be acceptable. 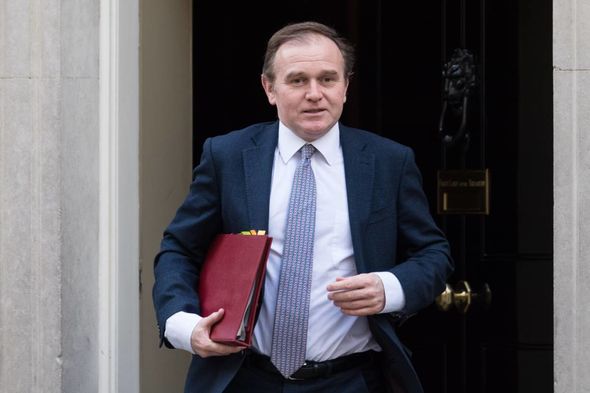 The country also said to be pushing for a transition of about 10 years, with ministers expected to strike a compromise in the coming weeks.

So even though Mr Johnson has said British farmers would be protected under the deal, would you be willing for him to compromise to secure a free trade deal?

Australia’s trade minister, Dan Tehan, said recent talks with Ms Truss had been productive, suggesting a deal could be happening sooner rather than later.

He said today: “By the end of it, we built such momentum, then we decided, well, why don’t we go for the sprint for the finish line.” 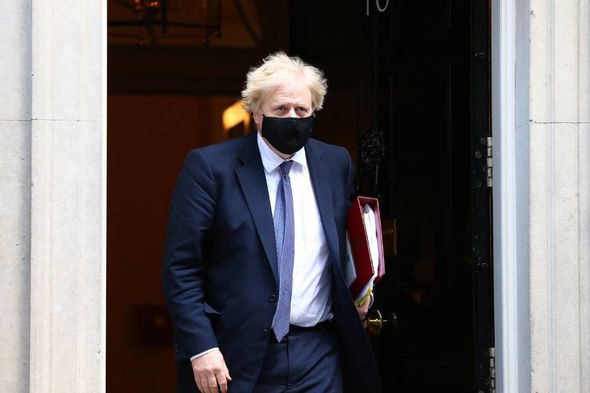 Mr Tehan added both sides had made an agreement not to get into any of the finer details until the deal was done.

He added he was confident any concerns UK farmers had could be mollified.

But are you still concerned about the impact on UK farmers in an Australian trade deal?