QC James Hamilton’s independent report concluded that Nicola Sturgeon did not break the ministerial code. Ms Sturgeon addressed the release of the report and spoke to journalists who quizzed the First Minister on the result. She insisted that others should take comfort in the fact that an independent body has found that she was not guilty of impropriety.

A reporter argued that Mr Hamilton accepted that Ms Sturgeon’s explanation on the basis that it was not impossible she had forgotten a meeting with Alex Salmond’s aid.

The SNP leader lashed out at this argument and mocked the reporter by saying she was sorry if his conclusion that she did break the ministerial code was disappointing for some.

The reporter said: “It seems he has given you the benefit of the doubt at some points.

“He says it is regrettable that you didn’t give a complete account of when you entered into Parliament, for instance. 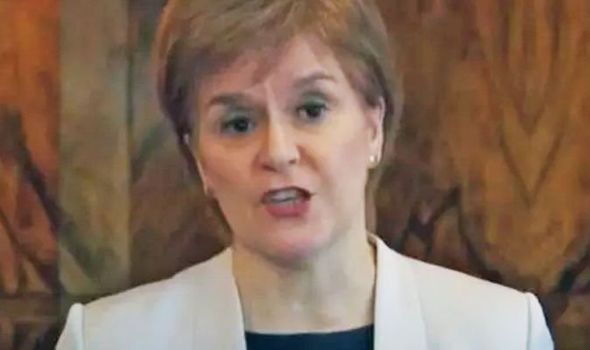 “He seems to have bought your explanation because it wasn’t impossible that you might have forgotten.”