The Biden administration is betting on the funds to keep the recovery humming, but Republicans say the money is being wasted. 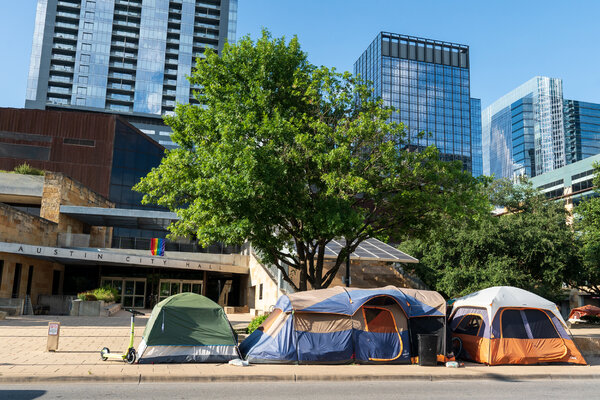 By Glenn Thrush and Alan Rappeport

WASHINGTON — When Steve Adler, the mayor of Austin, heard the Biden administration planned to give billions of dollars to states and localities in the $1.9 trillion pandemic aid package, he knew exactly what he wanted to do with his cut.

The remarkable growth of the Texas capital, fueled by a technology boom, has long been shadowed by a rise in homelessness, so local officials had already cobbled together $200 million for a program to help Austin’s 3,200 homeless people. When the relief package passed this spring, the city government quickly steered 40 percent of its take, about $100 million, to fortify that effort.

“The inclination is to spread money around like peanut butter, so that you help out a lot of people who need relief,” Mr. Adler, a Democrat, said in an interview. “But nobody really gets all that they need when you do that.” 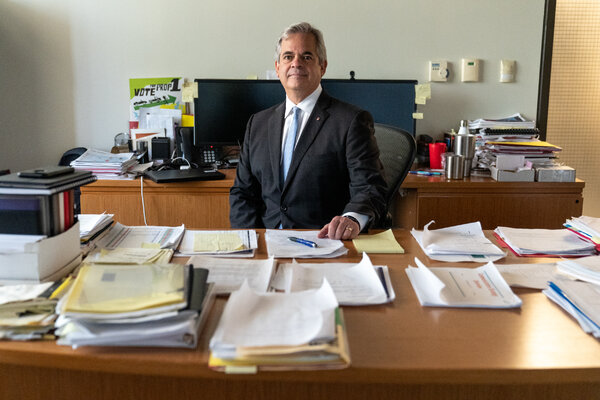 The stimulus package that President Biden signed into law in March was intended to stabilize state and city finances drained by the coronavirus crisis, providing $350 billion to alleviate the pandemic’s effect, with few restrictions on how the money could be used.

Three months after its passage, cash is starting to flow — $194 billion so far, according to the Treasury Department — and officials are devoting funds to a range of efforts, including keeping public service workers on the payroll, helping the fishing industry, improving broadband access and aiding the homeless.

“It’s not like all places are rushing out to do the most aspirational things, since the first thing they need to do is replace lost revenue,” said Mark Muro, a senior fellow with the Brookings Institution, a nonpartisan Washington think tank. “But there is much more flexibility in this program than in previous stimulus packages, so there is more potential for creativity.”

The local decisions are taking on greater national urgency as the Biden administration negotiates with Republicans in Congress over a bipartisan infrastructure package. Some Republican lawmakers want money from previous relief packages to be repurposed to pay for infrastructure, arguing that many states are in far better financial shape than expected and the money should be put to better use.

The administration, sensitive to those concerns, has begun bending the program’s rules to allow the money to be spent even more broadly. In May, the Treasury Department told states they could use their funding to pay for lotteries intended to encourage vaccinations. In June, President Biden prodded local governments to consider using the cash to address the recent rise in violent crime, which his aides regard as a serious political hazard heading into the 2022 midterm elections.

For the most part, local officials have been focused on undoing the damage of the past year and a half.