SNP: Miklinski on plan to 'get rid' of Sturgeon's party

Thomas Kerr is a councillor at Glasgow City Council and vocal critic of the SNP-dominated parliament. The Conservative councillor spoke as Ms Sturgeon and her party continue to be engulfed in how it handled harassment allegations against former First Minister Alex Salmond.

Ms Sturgeon has been found by a majority of MSPs on the Salmond Inquiry committee to have misled their inquiry, sources have told the BBC.

It is understood MSPs on the committee voted by five to four that the SNP leader had given them an inaccurate account.

Ahead of its final report’s publication this week, Ms Sturgeon has faced increasingly loud calls to resign as Scottish First Minister over the scandal.

Now Mr Kerr, a prominent Glasgow politician, has stuck the boot in further, insisting that the SNP face a massacre at the ballot box in May’s Holyrood election if she doesn’t stand down. 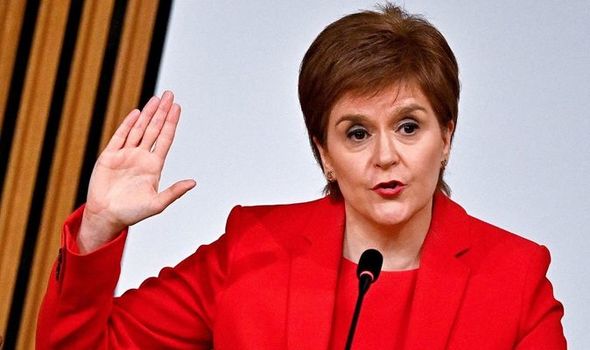 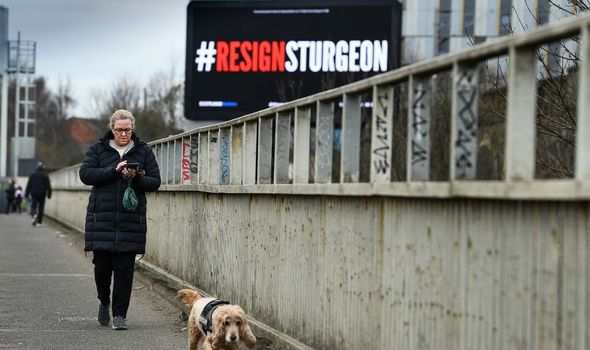 Speaking exclusively to Express.co.uk, he said: “The people of Scotland are clear – the office of the First Minister must be above reproach.

“If she continues to put her own selfish political survival over the public interest, then voters will deliver their verdict at the ballot box in May.

“Nicola Sturgeon claimed that she would respect the work of the Salmond Inquiry.

“But when the committee appears to have reached a verdict on her conduct, she has launched vicious personal attacks on committee members to try and discredit them. 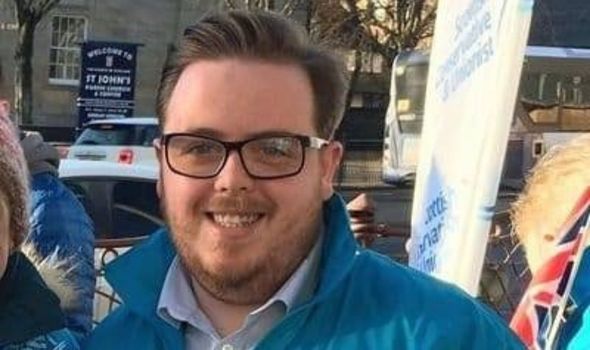 “It is not surprising that the First Minister is refusing to take responsibility for the corruption at the heart of her government.”

Writing on Express.co.uk, he said: “For 14 years, however, the SNP have presided over a series of unmitigated scandals and incompetence.

“Our once world-leading education system has fallen down international rankings; infrastructure projects arrive late and massively over budget; the justice system is at breaking point. I could go on.” 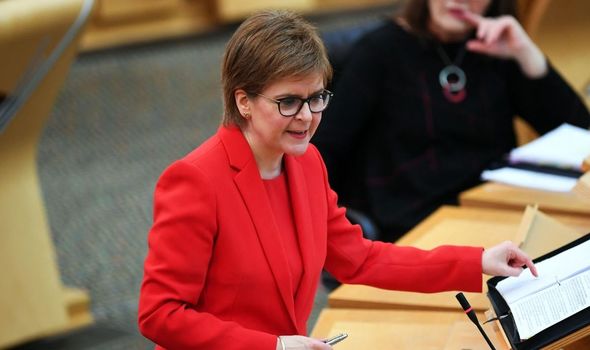 He added: “The SNP have abused state power on a monumental scale. Make no mistake, this is a scandal of epic proportions — perhaps the greatest in modern Scottish political history.

“And no amount of whataboutery in the world can save Sturgeon.”

But Ms Sturgeon has so far resisted stepping down.

She told Sky News: “What has been clear is that opposition members of this committee made their minds up before I uttered a single word of evidence. Their public comments have made that clear.” 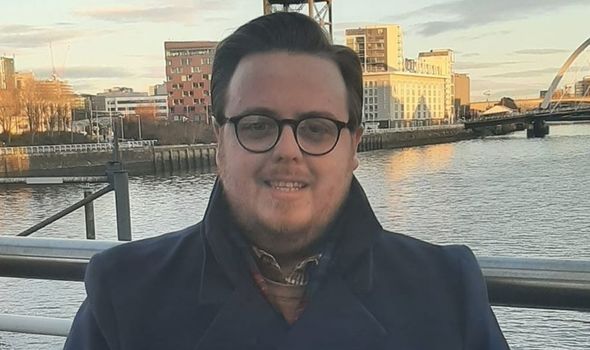 A spokesman for the Scottish Parliament told the BBC that the committee was still finalising its report, and it would not comment until it was published.

Ms Sturgeon and Mr Salmond have both appeared in front of the committee in recent weeks to give their respective accounts.

Mr Salmond claimed to have been the victim of a “malicious scheme” drawn up by figures within the SNP who are close to Ms Sturgeon.

Ms Sturgeon called the suggestions “absurd”, and insisted she had not been out to “get” Mr Salmond.