The Labour leader, who had never completely ruled out the idea of a second referendum, said it is now time to embrace the post-Brexit reality. He said: “We’ve left. We are no longer a member of the EU. We’ve got a deal, we’ve got to make that deal work.

“There’s no case for rejoining the EU and I’ve been very clear about that.”

Sir Keir’s remarks will infuriate Labour’s hard-Left, who still cling to the hope there will be a chance to return to the EU’s clutches.

It comes with Sir Keir’s Labour struggling in the polls, with the Tories thought to be around 10 points ahead. 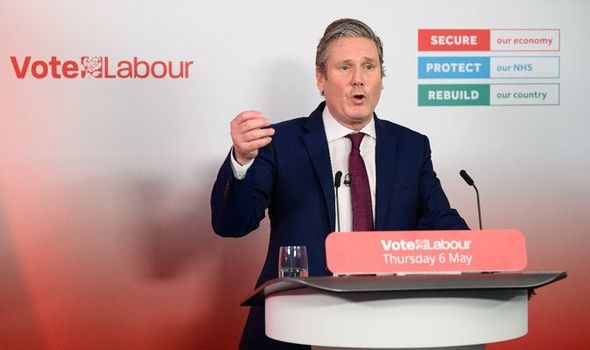 Speaking almost a year to the day since he took over as Labour leader, he said: “I mean, it’s tough.

“We had the worst election results since 1935 when I took over as leader of the Labour Party.”

Sir Keir also revealed that he has not spoken to his predecessor Jeremy Corbyn for five months.