The committee cited legal concerns over the identity of complainers in Mr Salmond’s criminal trial last year, where he was cleared of 13 charges at the High Court in Edinburgh. Mrs Sturgeon was preparing to give evidence to the cross-party committee of MSPs next week. But the committee has now postponed her appearance to see if it might still be possible to hear from Alex Salmond in person.

They made the decision after members met in private today.

The committee said it wanted to examine a High Court ruling from Thursday.

Mr Salmond was expected to appear before the committee investigating the Scottish Government’s handling of sexual harassment complaints against him on Tuesday.

But he declined to do so after it did not publish evidence he submitted. 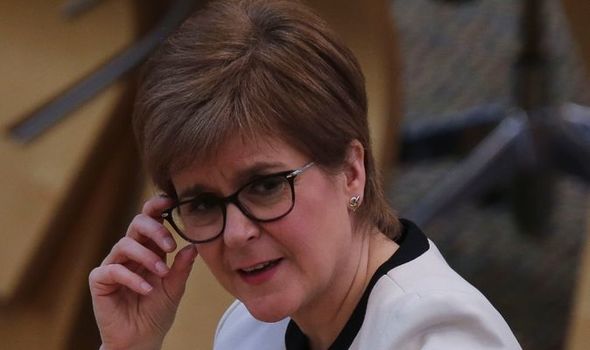 A spokeswoman for the Scottish Parliament said: “At its meeting today, the committee was united in its desire to complete this inquiry in an open and transparent way, and to publish its report and recommendations next month.

“Given the impact of the recent court judgment is not yet known, the committee has agreed that it must have the time to reflect on the impact on its work once the full written judgment is published early next week.

“As a result, the committee has agreed that the First Minister’s evidence should be postponed until the full impact of that judgment is considered.

“It is important for the committee to hear from Mr Salmond and the committee has always been clear that the First Minister should be the last witness to appear before the inquiry.”

Earlier this week, a spokesman for the First Minister urged the committee to use its powers to compel Mr Salmond to appear, while Ms Sturgeon told MSPs she is looking forward to being able to tackle “head on” accusations that have been levelled at her.