The Alpine rendezvous, tentatively scheduled for December, will see On Her Majesty’s Secret Service combine with From Russia With Love, as MI6 officers engage for the first time with counterparts from Russia’s SVR foreign intelligence service. Both agencies have agreed to an informal gathering at the small ski resort of Leysin, around 40 miles from Geneva, which last week hosted the mini-summit between US President Joe Biden and Russian premier Vladimir Putin. It follows an overture by the SVR in March for the agencies to resume contact, as relations between London and Moscow continue to plummet to Cold War levels.

SVR director Sergey Naryshkin confirmed during a rare interview that the agencies are in contact once again: “The correspondence is, as is right and proper, respectful and polite and I hope very much that, as result, there will be contacts including face-to-face.”

While a sit-down with his counterpart Sir Richard Moore, known as C, may still be a long way off, teams from both agencies will meet at the resort which boasts stunning 1,200m-high panoramas of Mont Blanc.

However, sources confirm the small gathering will feature only low-level officers from both sides on strict orders not to discuss ­operational matters.

“Following our positive reaction to the approach earlier this year, a second message, this time in the form of a letter, was sent suggesting that a small number of junior SVR and MI6 officers would benefit from an informal get-together,” a Whitehall security source said.

“The group will comprise a few men and women normally engaged in administrative tasks.

“The aim of both agencies is for everyone to have a few drinks, something to eat and a chat about family life and outside interests. 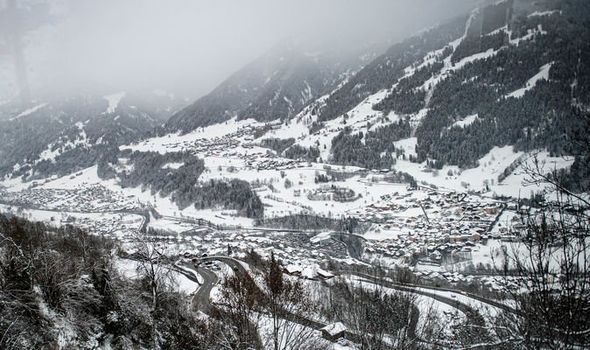 “Work chat is strictly off limits and real names and phone numbers will not be exchanged.” After Russia’s annexation of Crimea in 2014, the Salisbury novichok ­poisonings in 2018 and its regular cyber operations, the Government’s Integrated Review in March said: “Russia will remain the most acute direct threat to the UK until at least the end of the decade.”

However, there was no progress on major issues such as cyber security, Ukraine and the fate of jailed Russian opposition leader Alexei Navalny.

The Whitehall security source added that while MI6 felt duty-bound to accept the invitation to Leysin, this should not be taken to indicate any diplomatic softening towards Moscow.

The source added: “This will be an event of no great importance except for the fact it took place, to become the first of its kind in the modern-day history of the agencies.

“Much like Mr Biden, we are under no illusions that Russia is about to make any meaningful reforms in its behaviour.”