Dominic Raab laughed off claims the EU will try to overtake Britain as the leading financial centre. This comes after Amsterdam took over the City of London as Europe’s top share trading centre. Speaking to Andrew Marr, the foreign secretary ridiculed suggestions that the EU threatened “one of Britain’s great industries,” and warned that Brussels’ move will eventually backfire against the bloc. 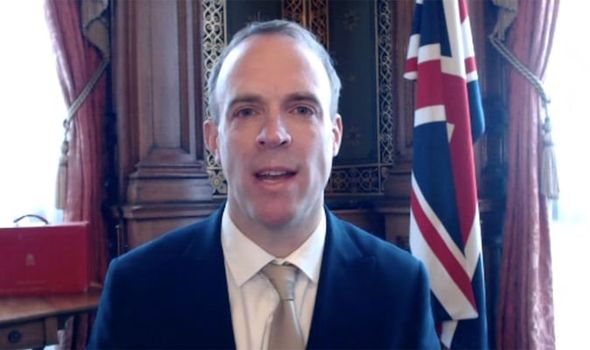 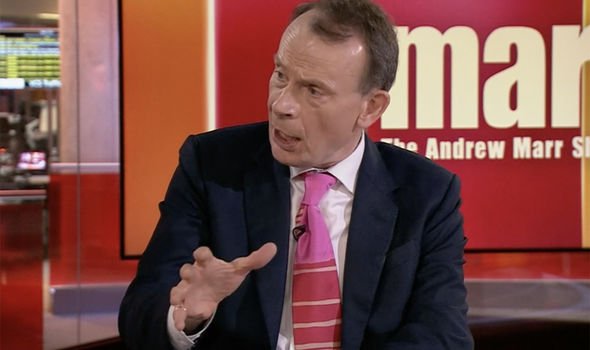 BBC’s Andrew Marr said: “In the week just past, Amsterdam took over London’s leading role as the centre of European equities being dealt with and there are lots of pieces of hard evidence of companies moving hundreds of people out of the city to the continent of Europe.

“There is a sense that something is changing for what has been one of Britain’s great industries. Are we beginning to see the City of London being eclipsed by the EU?

“Given the EU wants to take that business into its own territory, we don’t have many levers to use against them, do we?”

Mr Raab hit back at this suggestion, citing the boss of Barclays bank who recently claimed the long-term future of the UK financial services “is unrivalled”.

Mr Raab continued: “I simply don’t accept the binary zero-sum aggression with the EU. What matters to the UK and to the City is the advantage we have on the fundamentals.

“The crucial question for the EU is they may be able to nick a bit of business here or there, but the measures they have taken to achieve that undermine their own competitiveness.

“I think if we’re really honest about it, the challenge to London as the global financial centre around the world will come from Tokyo, New York, and other areas, rather than from those European hubs, particularly if they start to erect barriers to trade and investment.”