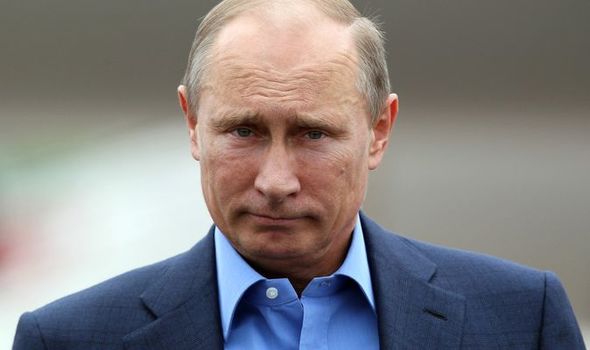 The Kremlin confirmed the Russian President would not be flying to Glasgow for the important UN international conference aimed at tackling global carbon emissions.

Mr Johnson is hoping to use the summit to get world leaders to agree a significant climate deal but has faced challenges getting adversaries such as Russia and China on board.

Chinese president Xi Jinping is yet to confirm if he will travel for the international summit but is widely expected to turn down the invitation.

Ministers have been left frustrated at countries dragging their feet over tackling climate change and fear it will be harder to make meaningful international progress if big emitters like Beijing and Moscow fail to participate.

Mr Johnson wants to keep hopes alive of ensuring global temperatures do not rise above 1.5C by 2050.

Even the Queen last week appeared to admit she was irritated by countries not taking climate change seriously.

In remarks overheard on camera during the opening of the Welsh parliament, she said she was frustrated at not knowing who was attending the UN summit.

Chatting with the Duchess of Cornwall and Elin Jones, the Welsh Parliament’s presiding officer, she was heard saying: “I’ve been hearing all about COP. I still don’t know who’s coming.”

“We only know about people who are not coming”, she added.

“It’s really irritating when they talk, but they don’t do.”