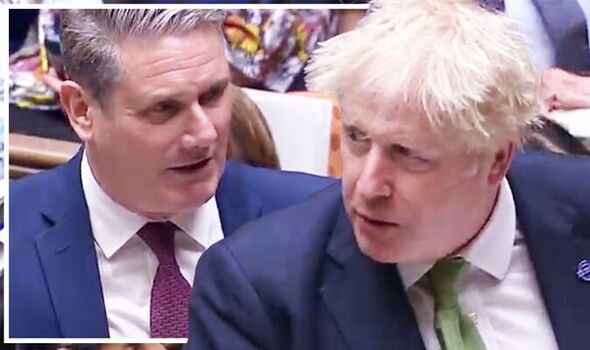 By-elections for two parliamentary seats vacated by Tory MPs – in Wakefield and Tiverton and Honiton – have formally been triggered after a writ was formally moved in the House of Commons. The by-elections, which are expected to take place on June 23, represent a fresh electoral challenge for the Prime Minister amid the cost of living crisis, partygate and the loss of nearly 500 council seats at local elections earlier this month. Sir Keir is likely to hammer these key issues when PMQs begins at 12:00pm.

Boris Johnson will come under scrutiny today in PMQs after it was announced that the cost of living in the UK has increased at its fastest rate for four decades.

Consumer Prices Index inflation rose to nine percent in the year to April, up from an already high seven percent  in March, the Office for National Statistics (ONS) said.

It was the fastest measured rate since records began in 1989, and the ONS estimates it was the highest since 1982.

A large portion of the rise was due to the price cap on energy bills, which was hiked by 54 percent for the average household at the start of the month.

Grant Fitzner, chief economist at the ONS, said: “Inflation rose steeply in April, driven by the sharp climb in electricity and gas prices as the higher price cap came into effect.

“Around three-quarters of the increase in the annual rate this month came from utility bills.

“We have also published new modelled historical estimates today which show that CPI annual inflation was last higher 40 years ago.”

Good morning from London. I’m Tara Fair, I’ll be bringing you all the latest developments on PMQs. Please feel free to get in touch with me as I work if you have a story or tips to share! Your thoughts are always welcome.