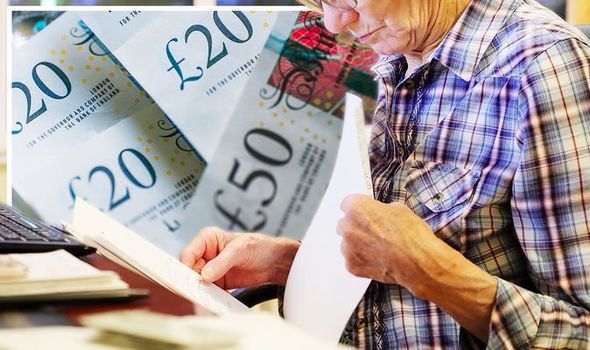 Backbencher Richard Holden is expected to table a Private Members Bill in the Commons drafted to widen occupational pension auto-enrolment to all adults in full or part-time jobs. His proposal follows a think tank report estimating that an extra £2.8billion could be saved in retirement pots across the UK under the move.

The North West Durham MP said: “Auto-enrolment has been one of the massive hidden triumphs of the last decade in the UK.

“But sadly millions of hard-working British people aren’t benefiting because they’re under 22 or simply not working enough hours. I want to change that.

“In 2017 the Government said that it would look at extending auto-enrolment by the mid-2020s but to hit those dates we need legislation now to make it happen and allow business time to phase in these important changes. That’s what my Bill will do.

“Nothing could show clearer intent towards long-term levelling up than ensuring that everyone who works hard will see a safer and more secure retirement and I hope that the Government backs my campaign for action now.”

A report by the think tank Onward published today shows that extending pensions auto-enrolment to everyone in employment aged 18 and over including part-time workers would add around £2.77billion to the retirement savings of British workers.

The report estimates that the proportion of employees saving for their retirement has increased from 46.5 percent to 77.6 percent since workplace pension auto-enrolment was introduced in 2012 under David Cameron’s coalition.

Under current rules, auto-enrolment is limited to workers aged over 22 who earn more than £10,000 a year.

Part-time workers under the earnings threshold are excluded, along with younger workers including apprentices.

Women are far more likely than men to be in part-time work and to have multiple part-time jobs and are more likely to lose out on retirement saving opportunities.

Onward’s report argues that the proposed change would close the gap between men and women’s pension savings dramatically.

The think tank argues that the proposals would also boost Boris Johnson’s ambition to “level up” the country by spreading prosperity to previously neglected regions where incomes are far lower than in London and the South East.

Constituencies that could see local workforces significantly benefit include Mansfield in Nottinghamshire, Workington in Cumbria, Hyndburn in Lancashire, says the report.

It estimates that an employee currently working part-time in two jobs, each paying £190/week would see their pension pot triple over their lifetime to almost £300,000 under the proposed scheme.

Onward’s director Will Tanner said: “Extending auto-enrolment to everyone would achieve two of the Government’s key objectives in one fell swoop.

“It would massively boost the savings rates of some of the least well off in society and it would unlock billions in capital to be deployed towards levelling up and boosting growth.

“Even better, it is a simple, well-understood system that already exists, meaning reform would be uncontroversial and straightforward to achieve.

“The Government has already indicated it will look at this; it is time to make good on those promises.”

Mr Holden’s Bill to widen pension auto-enrolment is supported by 11 other Tory MPs. It is expected to progress to the next parliamentary stage today but needs Government support to have any hope of reaching the statute book.