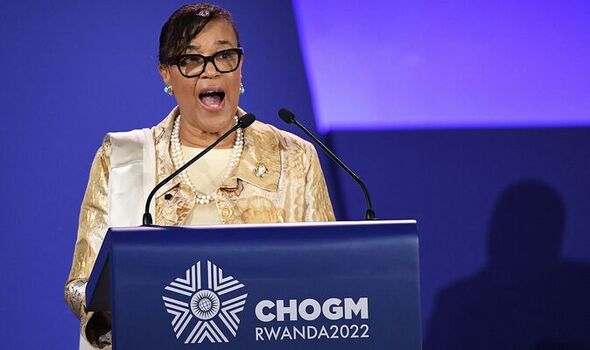 But the Prime Minister brushed off the rebuff and insisted the former Labour minister winning the vote was a “good day for democracy”. The QC, 66, dubbed “Baroness Brazen” after a series of controversies, scraped home by 27 votes to 24 to lead the body for another two years.

Mr Johnson, who suffered by-election defeats in Wakefield and Tiverton and Honiton, said: “I work well with Baroness Scotland…and look forward to working well with her.”

In 2016 it was revealed Lady Scotland spent £338,000 refurbishing her grace-and-favour Mayfair apartment.

Two years later, an ex-deputy head of her office won nearly £300,000 compensation, claiming she wrongly blamed him for leaks.

The peer was also accused of withholding a report on the financing of the Commonwealth.

Baroness Scotland said yesterday: “To continue to serve our family of nations is a true honour and a privilege.”