Nick Ferrari was furious over decisions made by European countries to pause the rollout of the AstraZeneca vaccine amid fears it causes fatal blood clots. The LBC host pointed out that the countries themselves were putting more lives at risk than those who may succumb to blood clots and said many of them were angry because they were “late to the party” in securing vaccines. Mr Ferrari said the position they were taking was “war-like” and then found it ironic the EU wanted to be treated reciprocally among its partners.

“It is wholly and utterly irresponsible, we are not all safe until everyone is vaccinated – that is the reality of it.

“The fact they would even talk about locking supplies, they talk about taking reciprocal action, they almost treated [this] as a war.

“So sadly as a result the bare facts are, and I’ve read that they [EU] were late in ordering, Britain took a gamble and we got it right and invested big time.

“We bet the farm on AstraZeneca, it’s worked, Europe was behind and they’re angry because they were late to the party.” 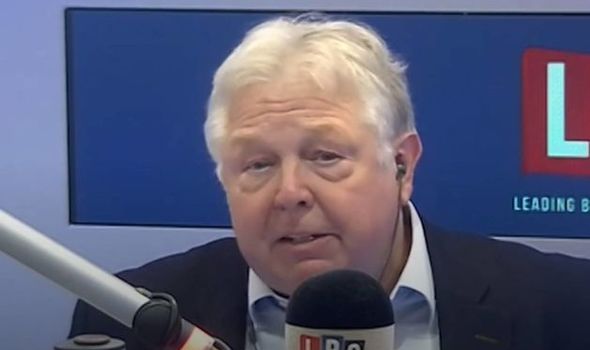 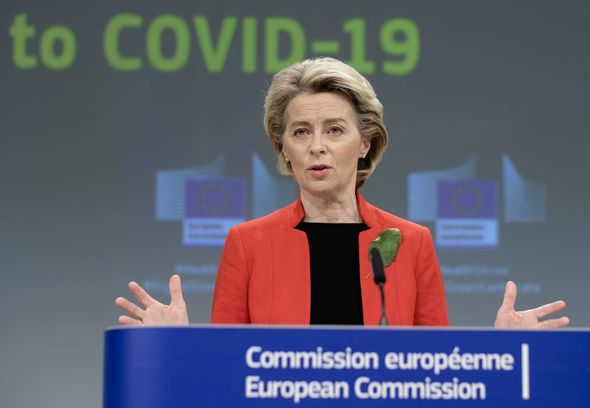 Mr Ferrari also hosted several medical experts on his LBC show who agreed with his sentiments towards Europe.

Virologist Dr Chris Smith said he was not worried about the AstraZeneca vaccine as the risk of blood clots are the same – if not slightly lower – when compared to other vaccines.

Medical professionals also point out that the same blood clot risk would be had with the Pfizer and Moderna vaccine used in Europe but neither has been paused.

The LBC host has previously shown his support for a higher pay rise for NHS staff who have worked hard during the pandemic. 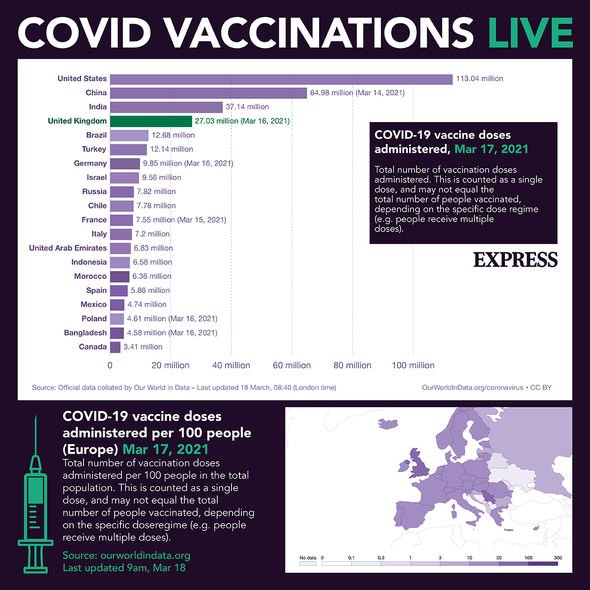 European Commission President Ursula von der Leyen made a sly threat towards the UK and said that the EU would consider banning vaccine exports to countries that have a high vaccination rate.

The EU Commission already attempted to put in measures to monitor and potentially block vaccines entering the UK by implementing Article 16 of the Northern Ireland Protocol.

Article 16 unilaterally suspends aspects of the Protocol in extreme cases which the EU wanted to use to install a hard border in Ireland to monitor goods entering the UK.

The article was quickly retracted but Ms von der Leyen’s threats echo the actions that were taken last month. 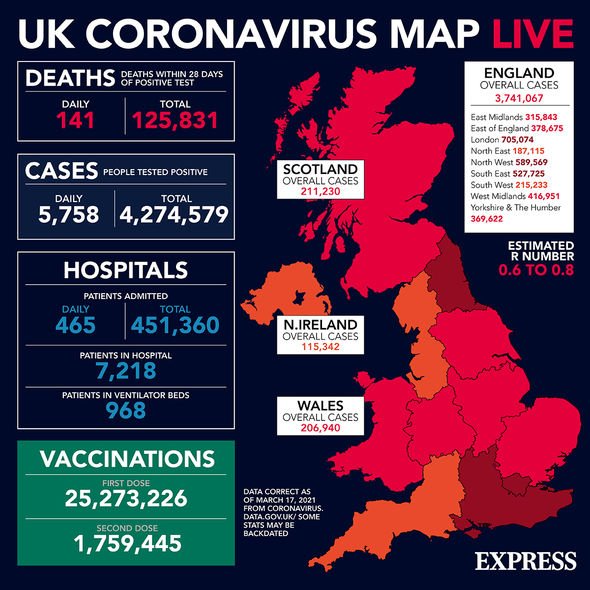 The European Medicines Agency (EMA) found that the AstraZeneca vaccine is “safe and effective” to use and urged countries to reverse their pausing of it.

It comes as France puts itself into another national lockdown after president Emmanuel Macron refused to put in the restrictions despite calls from local leaders.

Vaccine hesitancy in France is also on the rise as Macron fuels concerns over the AZ jab.

Patients in Paris hospitals have had to be airlifted to rural medical facilities to ease the pressure off doctors and wards.