The Health Secretary has led the UK’s fight against Covid over the past year and the various strains that have resulted, particularly over the past couple of months. He has repeatedly attempted to drum home the Government’s messaging on coronavirus, including wearing protective face masks and observing strict social distancing rules whenever possible. But Mr Hancock has been accused of not fully adhering to that guidance in a series of photos taken in his office on Tuesday for what appears to be a briefing with staff, which have been posted to Number 10’s own FlickR account.

Two of the pictures show the Health Secretary entering an office wearing a face covering that shows the message: “Protect the NHS”.

But several other photos show him in close proximity with others in the meeting room and not wearing a face covering.

Politico Playbook has reported one unnamed Tory MP messaged the website “questioning the wisdom of Hancock choosing yesterday to pose for a series of intriguing photos in his office”.

The MP noted: “No masks, limited social distancing, not setting the best example.” 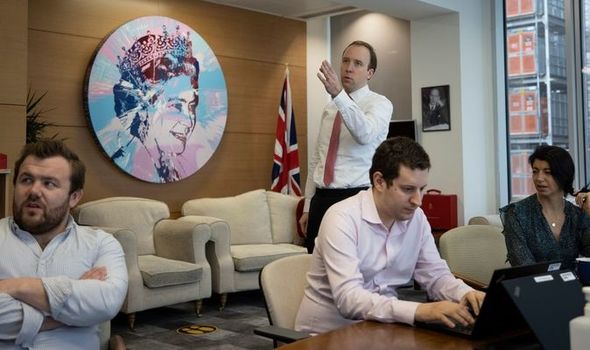 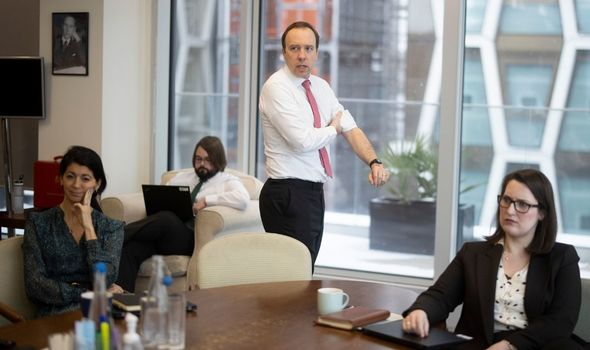 The Health Secretary was seen approaching a colleague in the main chamber but directly entering a taped area showing where MPs should avoid in order to maintain the two metre distance that had been advised by the Government at the time.

Mr Hancock was seen on camera putting his hand on the other MP’s shoulder, with them standing just inches apart for around 10 seconds.

The pair were then joined by another MP standing in a line filling the width of the pathway. 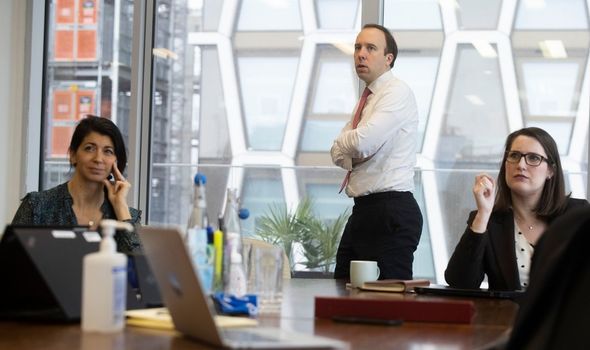 The first MP the Health Secretary encountered then stepped back, prompting Mr Hancock to sidestep towards the second MP, before he then retreated to the other side of the walkway.

A short time later, the Health Secretary took his seat on the frontbench to as the weekly PMQs session got underway.

A statement from the Commons authorities said at the time: “The House’s priority is to ensure that those on the estate are safe while business is facilitated.

“Concerns about social distancing guidelines not being followed will be taken seriously. 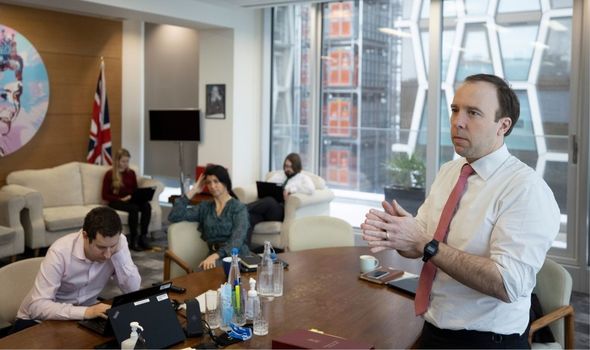 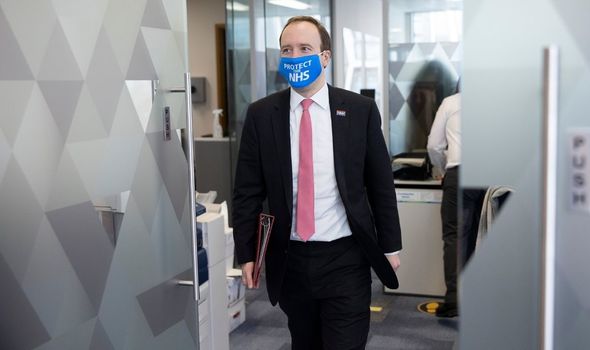 “Everyone on the Parliamentary Estate has a responsibility to adhere to the guidance, and additional staff are on hand to remind people of the rules.”

On Tuesday, Mr Hancock announced 10-year jail sentences would be handed out to travellers who try to conceal journeys to high-risk countries as part of the Government’s plan to battle against different coronavirus variants.

The Health Secretary announced a requirement for UK residents returning to England from 33 “red list” countries to pay £1,750 to quarantine for 10 days in Government-designated hotels. 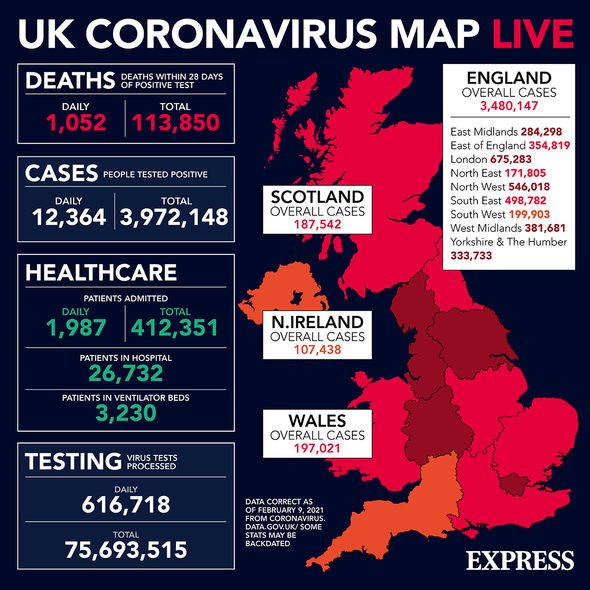 He warned those caught lying about their movements could be fined £10,000 or be jailed for 10 years.

Anyone failing to take a test could be fined £1,000 and if they miss a second test, this would be followed by a £2,000 penalty and an extension to their quarantine period, to 14 days.