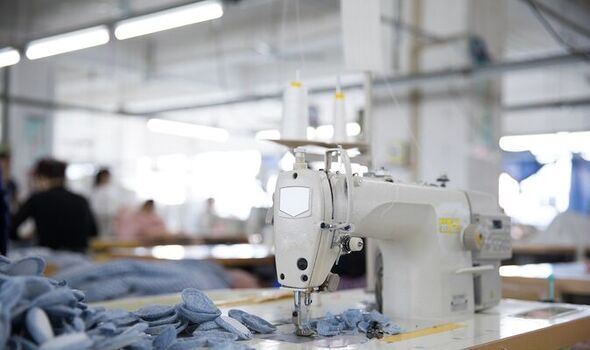 And Tory Andrew Bridgen fears his city of Leicester is at the heart of the problem, saying: “It’s not Leicester East, it’s the Wild West.” The East Midlands centre has more than 1,500 factory units manufacturing clothes. But the MP has accused the city’s Labour leadership of turning a blind eye to workers.

Mr Bridgen, who represents North West Leicestershire, says they are at the mercy of criminal gangs and added: “I was approached because constituents in Leicester had no confidence in going to their elected councillors because they presided, for decades, over the abuse of labour in that city.”

The MP told a webinar arranged by the ImpACT International think-tank that there was no way garments could be produced without paying workers well below minimum wage.

Migrants arriving illegally in the UK were sucked into the “black economy” after exhausting all avenues of staying legitimately, Mr Bridgen explained.

He added: “I have spoken to these individuals and they live in overcrowded accommodation.

Sometimes 30 live in a two-bedroom terraced house in Leicester. The landlord knows they’re illegal so they’ll never get their deposits back.

“They have no one they can complain to – no rights. They can be sold a dream and when they get here, it’s a nightmare and there’s no way out.

“They probably owe the people traffickers money for getting into the country and, on the wages they’re going be paid, they’re never going to pay that money back, so they never get out of indentured slavery.”

He added: “It’s not confined to Leicester. You’ve got all the mill towns in the North West and Manchester. I’m sure it’s going on there too.”