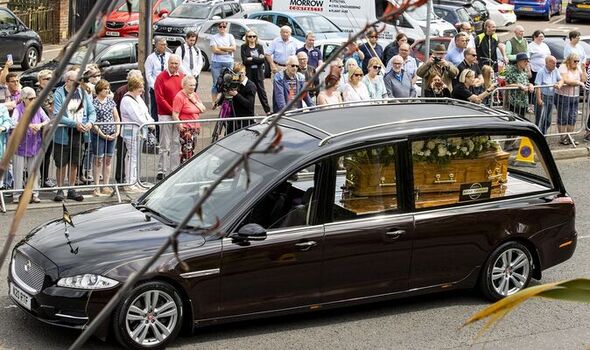 Its assembly is currently suspended, with the Democratic Unionist Party refusing to take part in the power-sharing administration in protest at the Brexit Protocol.

Rev Dr Charles McMullen asked mourners: “Can we use this service today, in a fitting tribute to one of the greats, to redouble our efforts so our democratic institutions are quickly restored and we can all move forward?”

Lord Trimble’s widow, Lady Daphne, took her place in the front row as the coffin was carried into the church by their sons and daughters.

Boris Johnson and former Taoiseach Bertie Ahern were among those at Harmony Hill Presbyterian Church in Lisburn, County Antrim, for the funeral of the former first minister.

After the Good Friday deal was signed, David Trimble was jointly awarded the Nobel prize with SDLP leader John Hume in recognition of their efforts to stop the bloodshed and establish a power-sharing system of governance.