The Haldane Society of Socialist Lawyers censured Sir Keir for the policy decisions he has made since taking on the top job in a vote of members last night. It decided the MP “does not qualify for membership” of the group because he is “demonstrably not a socialist”.

Sir Keir sat on the group’s ruling executive committee for a number of years prior to becoming Director of Public Prosecutions (DPP) in 2008.

He gave up his membership when he took on the role as DPP but the group have made clear he is no longer welcomed back.

It said the would “not be permitted to re-join the society” unless it was agreed at a future meeting of members.

The group said they condemned the Labour leader “in the strongest possible terms” for promoting an agenda which is “totally contrary to the values and political convictions of the Haldane Society”. 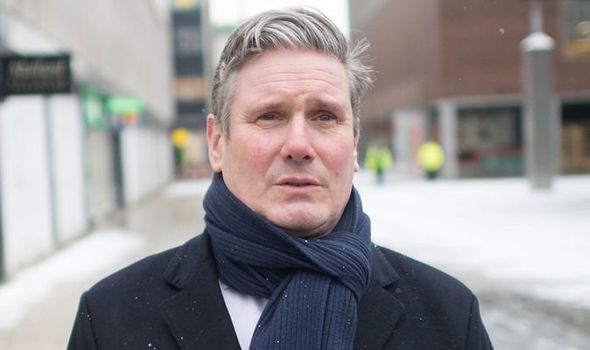 The motion agreed by members said the society has “deep concern at the appalling policy positions that Sir Keir Starmer QC MP has adopted in his role as leader of the Labour Party”.

The socialist lawyers accused him of abandoning his leadership pledge of committing to migrants’ rights and failing to support the National Education Union on shutting schools due to coronavirus as among areas where he had fallen short of their expectations.

Their denouncement of the Labour leader comes amid growing unrest among left-wing members of the party at the performance of Sir Keir.

Polling by Ipsos MORI puts the Conservatives four points ahead of Labour with 44 percent of the 1,056 adults surveyed saying they believed Boris Johnson was the best person to be in charge of the pandemic response, compared to just 27 percent who backed Sir Keir.

The Opposition leader yesterday admitted the party still had a “mountain to climb”.

He added: “But we’ve got a long way to go between now and 2024 and we’re going to be working hard at this with real determination, every day, every week, every month, every year, into that election in 2024.” 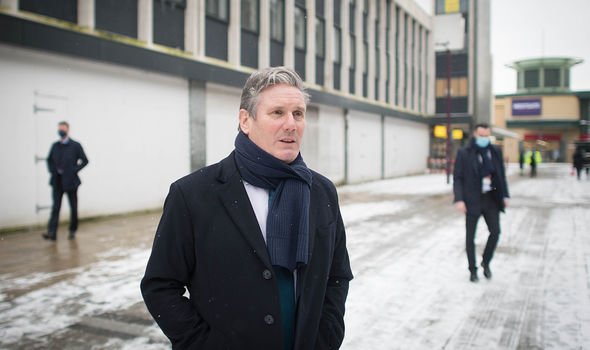 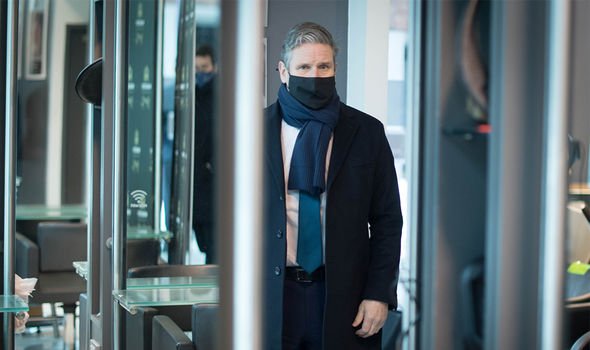 Yesterday Express.co.uk revealed some Corbynites in the Labour Party are preparing for a leadership challenge against Sir Keir.

In a virtual meeting of over 400 members on Sunday, Ronan Burtenshaw from the socialist magazine Tribune said a drop in Sir Keir’s polling would “leave an opening” for a new voice to lead the party.

He said: “We have to look at this situation as something that is a temporary scenario.

“Keir Starmer is in as leader and as long as he does decently in the polls he is likely to stay in that position.

“Really you can only continue saying nothing and being hollow in politics for so long.

“Eventually you get found out and he is going to start getting found out.”

Mish Rahman, chair of the Aldridge-Brownhills Constituency Labour Party in Walsall and member of the party’s National Executive Committee, added socialist members of the party should agree on a candidate for “the next time the Left needs a leader for a leadership challenge”.

“We have to become a ruthless machine, the Left has been too soft,” he said.

“We can’t afford another period in the wilderness, we can’t lose another generation of socialists.”