The proposal came in response to a directive from President Biden to find a way to help combat gun deaths. 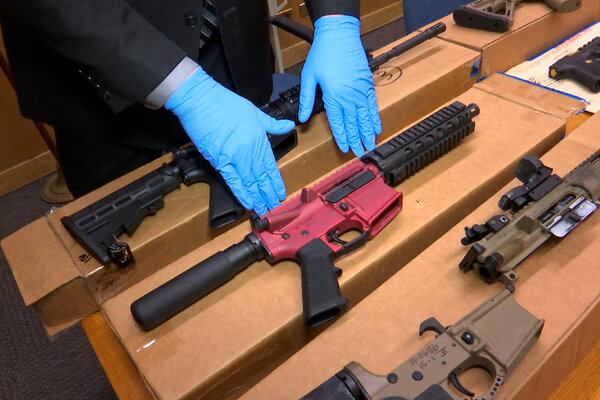 WASHINGTON — The Justice Department proposed a rule on Friday that would expand the definition of a firearm and help close a loophole that has allowed people to buy so-called ghost guns, firearms that are easily assembled from kits but are not regulated by federal gun laws.

The proposal was the latest effort by the Biden administration to crack down on gun deaths. President Biden ordered the Justice Department last month to find a way within 30 days to curb the spread of ghost guns, with an eye toward keeping them from criminals who might not otherwise be able to pass a background check and buy a gun.

“Criminals and others barred from owning a gun should not be able to exploit a loophole to evade background checks and to escape detection by law enforcement,” Attorney General Merrick B. Garland said in a statement announcing the proposal.

“This proposed rule would help keep guns out of the wrong hands and make it easier for law enforcement to trace guns used to commit violent crimes, while protecting the rights of law-abiding Americans,” he said.

After mass shootings this year in the Atlanta area and Boulder, Colo., Mr. Biden issued half a dozen executive actions to address gun violence, including the directive to the Justice Department aimed at stopping the proliferation of ghost guns. Such guns have no serial numbers and are not tracked by the federal government.