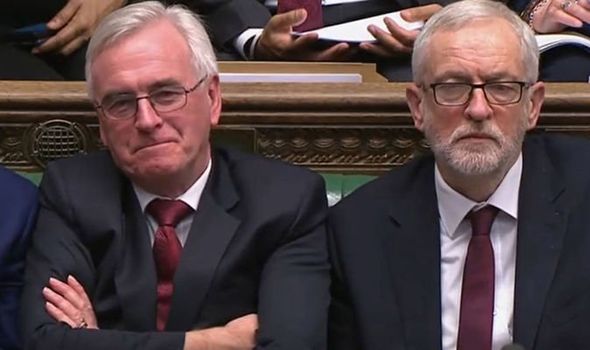 The remarks came as backers of his likely successor demanded a purge of Corbyn aides dubbed “lunatic Lefties”. Supporters of Sir Keir Starmer want the clear out to take place immediately if he wins the leadership race on April 4.

Mr Corbyn’s latest defence of his dismal time as Labour leader follows his second general election defeat in charge and the party’s worst result at the polls since 1935.

Labour is also being investigated by the Equality and Human Rights’ Commission to determine if it has been institutionally anti-Semitic under his leadership.

Mr Corbyn, 70, told Sky News: “We had unprecedented attacks against us.

“I’m proud of the economic agenda put forward and I think we achieved a great deal in changing the agenda on that.

Insiders say he has been careful not to trash Mr Corbyn’s record in order to woo the socialist wing of the party’s 500,000-plus membership.

But one moderate MP said: “That will have to change if and when he wins. He must remove key people associated with the Corbyn era.”