The former BBC Chairman told Sky News that covering up the details behind how Martin Bashir secured an interview with Princess Diana raised questions marks against the BBC. Lord Grade labelled the cover-up shocking and damaging for the corporation.

“It does put a question mark in your mind which they are going to have to work very hard to overcome in the coming years.

“How can the BBC accuse Government ministers, civil servants or leaders of public and private institutions of not being transparent and open with the public and accountable when they as a corporation have behaved this way. 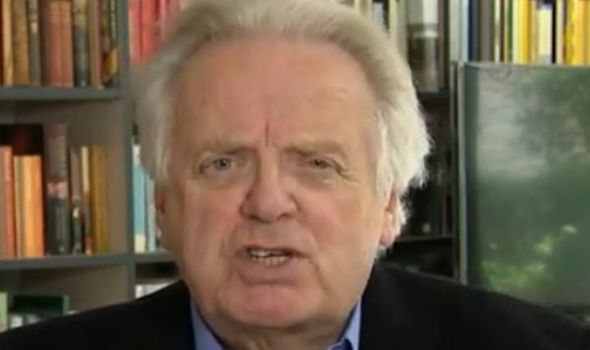 “That is the damaging part of it.”

The BBC’s director-general has also addressed the Princess Diana interview.

Tim Davie, said: “Although the report states that Diana, Princess of Wales, was keen on the idea of an interview with the BBC, it is clear that the process for securing the interview fell far short of what audiences have a right to expect. We are very sorry for this. Lord Dyson has identified clear failings.

“While today’s BBC has significantly better processes and procedures, those that existed at the time should have prevented the interview being secured in this way.

“The BBC should have made greater effort to get to the bottom of what happened at the time and been more transparent about what it knew.

“While the BBC cannot turn back the clock after a quarter of a century, we can make a full and unconditional apology. The BBC offers that today.”

The BBC has suffered a furious backlash on Twitter, regarding the interview.

Dan Wootton tweeted: “A day of shame for the BBC as it finally says it is “very sorry” for the circumstances in which Martin Bashir procured Panorama interview with Princess Diana.

“Prince William and Harry are rightfully furious about what went on.

“Many will say this apology is two decades too late.”

Piers Morgan wrote: “I look forward to the BBC ripping its own staff to pieces over this shameful scandal with the same enthusiasm they would rip tabloid journalists if they perpetrated such a wicked deception that had such massive consequences… who’s going to jail?”