The BBC’s Andrew Marr skewered the Labour Mayor slamming why London is “becoming more dangerous under Sadiq Khan” as he reeled off a series of damming crime stats in a brutal dismissal of his leadership. Mr Marr went on to compare Khan’s track record on crime with Boris Johnson’s low crime rates while he was Mayor. But Mr Khan insisted soaring crime rates in the capital are a result of Government cuts that took place prior to his election as Mayor of London.

Andrew Marr said: “Since 2015, murders are up 17 percent, crimes involving a blade are up 10 percent.

“Robberies are up five percent and offences of rape are up 13 percent.”

Mr Khan immediately went on the defence, arguing: “Serious youth violence in our city started going up in 2013… before the pandemic even begun, we saw youth violence going down, homicides going down.” 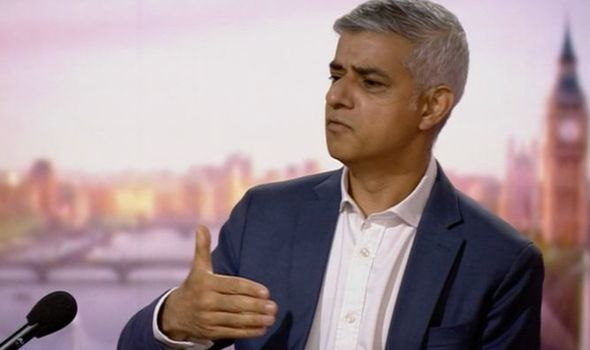 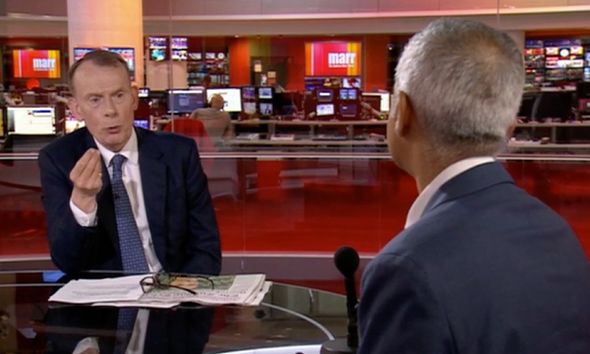 But Mr Marr hit back, saying: “I am still not understanding why things have gone wrong…. they are pretty horrific.

“Here is the question though, Boris Johnson had fewer police officers and yet his record as Mayor on crime was better than yours!”

Mr Khan insisted: “Not true! Up until 2013 after the Olympics, he had far more officers than before, there is a link between officer numbers starting to go down and serious crime going up.”

“It is so important that we are tough on crime with more policing and it is really important that the government has done a u-turn and given us more officers.”